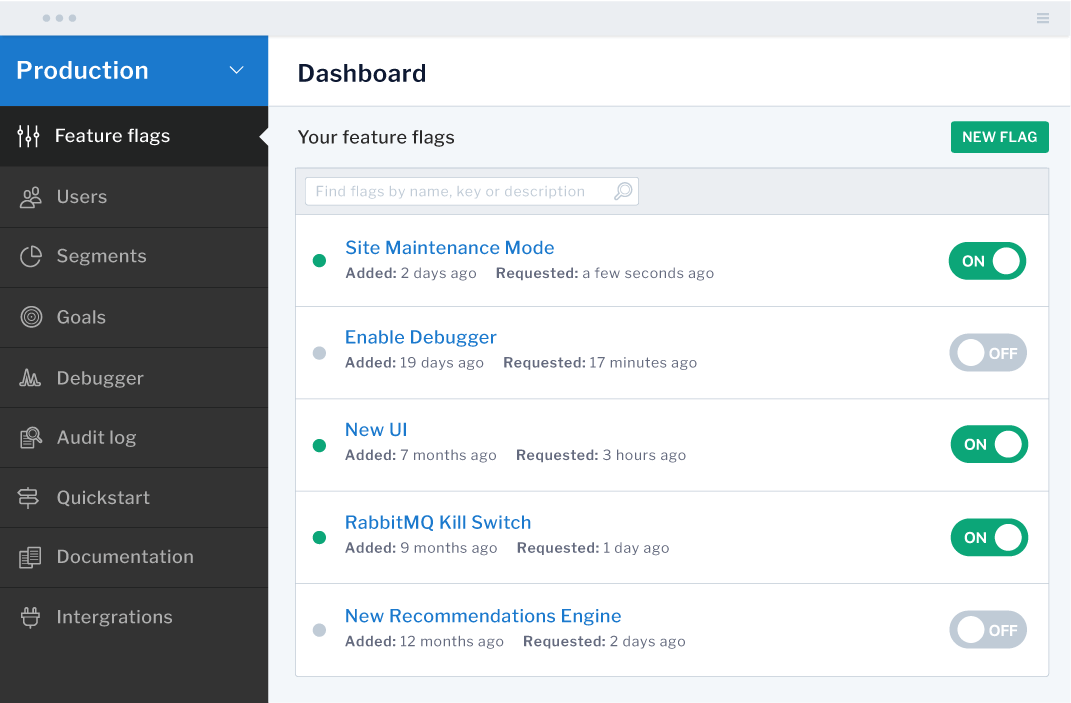 LaunchDarkly is a feature management platform—we make it easy for software teams to adopt feature flags, helping them eliminate risk in their software development cycles. When we first wrote about our stack, we served about 4 billion feature flags a day. Last month, we averaged over 200 billion flags daily. To me, that's a mind-boggling number, and a testament to the degree to which we're able to change the way teams do software development. Some additional metrics:

We've scaled all our services through a process of gradual evolution, with an occasional bit of punctuated equilibrium. We've never re-written a service from scratch, nor have we ever had to completely re-architect any of our services (we did migrate one service from a SaaS provider to a homegrown; more on that later). In fact, from a high level, our stack is very similar to what we described in our earlier post:

We use AWS as our cloud provider, and Fastly as our CDN.

Let's talk about some of the changes we've made to scale these systems.

Over the past year, we've shifted our philosophy on managed services and have moved several critical parts of our infrastructure away from self-managed options. The most prominent was our shift away from HAProxy to AWS's managed application load balancers (ALBs). As we scaled, managing our HAProxy fleet became a larger and larger burden. We spent a significant amount of time tuning our configuration files and benchmarking different EC2 instance types to maximize throughput. Emerging needs like DDoS protection and auto scaling turned into large projects that we needed to schedule urgently. Instead of continuing this investment, we chose to shift to managed ALB instances. This was a large project, but it quickly paid for itself as we've nearly eliminated the time spent managing load balancers. We also gained DDoS protection and auto scaling "for free".

As we've evolved or added additional infrastructure to our stack, we've biased towards managed services:

Managed services do have some drawbacks:

Still, it's a false economy to measure the raw cost of a managed service to an unmanaged service—factor in your team's time and the math is usually pretty clear.

There is one notable case where we've moved from a managed SaaS solution to a homegrown. LaunchDarkly relies on a novel streaming architecture to push feature flag changes out in near real-time. Our SDKs create persistent outbound HTTPS connections to the LaunchDarkly streaming APIs. When you change a feature flag on your dashboard, that change is pushed out using the server-sent events (SSE) protocol. When we initially built our streaming service, we relied heavily on a third-party service, Fanout, to manage persistent connections. Fanout worked well for us, but over time we found that we could introduce domain-specific performance and cost optimizations if we built a custom service for our use case. We created a Go microservice that manages persistent connections and is heavily optimized for the unique workloads associated with feature flag delivery. We use NATS as a message broker to connect our REST API to a fleet of EC2 instances running this microservice. Each of these instances can manage over 50,000 concurrent SSE connections.

At scale, everything is a tight loop 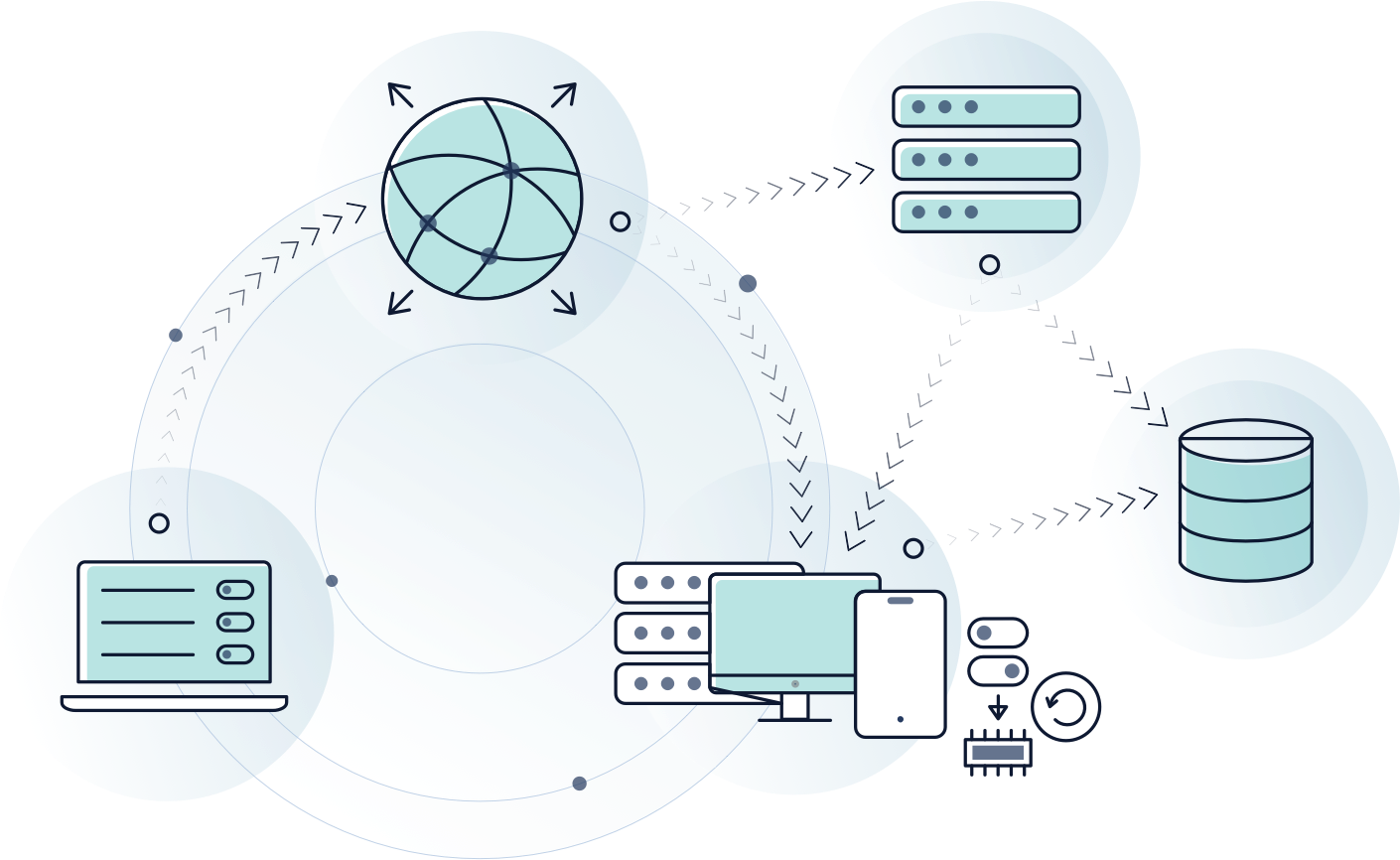 Some of our analytics services receive tens of thousands of requests per second. One of the biggest things we've learned over the past year is that at this scale, there's almost no such thing as premature optimization. Because of the sheer volume of requests, every handler you write is effectively running in a tight loop. We found that to keep meeting our service level objectives and cost goals at scale, we had to do two things repeatedly:

Profiling must be done periodically, as new bottlenecks will constantly emerge as traffic scales and old bottlenecks are eliminated. As an example, at one point, we found that the "front-door" microservice for our analytics pipeline was CPU-bound parsing JSON. We switched from Go's built-in encoding/json package to easyjson, which uses compile-time specialization to eliminate slow runtime reflection in JSON parsing.

We also identified a set of "micro-patterns" that we have extracted as self-contained libraries so they can be applied in appropriate contexts. Some examples:

These simple patterns improved performance at scale and also helped us deal with bad traffic patterns like reconnection storms.

Get good at managing change

Scaling up isn't just about improving your services and architecture. It requires equal investment in people, processes and tools. One thing we really focused on the process and tools front is understanding change. Better visibility into changes being made to the service had a massively positive impact on service reliability. Here are a few things we did to improve visibility: 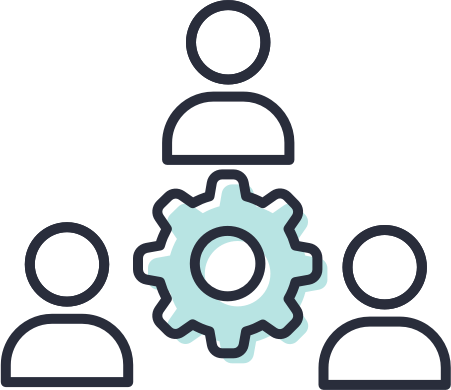 Like the sound of this stack? Learn more about LaunchDarkly.