Map projection is a core feature of any spatial database, taking coordinates from one coordinate system and converting them to another, and PostGIS has depended on the Proj library for coordinate reprojection support for many years. 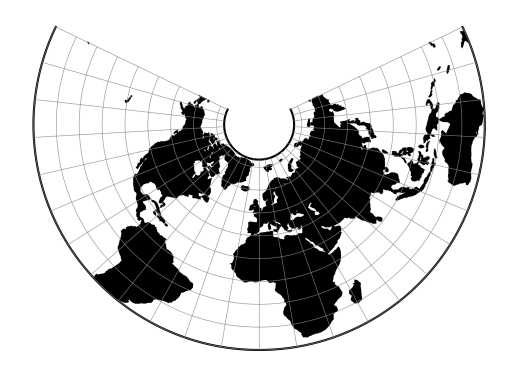 For most of those years, the Proj library has been extremely slow moving. New projection systems might be added from time to time, and some bugs fixed, but in general it was easy to ignore. How slow was development? So slow that the version number migrated into the name, and everyone just called it “Proj4”.

Starting a couple years ago, new developers started migrating into the project, and the pace of development picked up. Proj 5 in 2018 dramatically improved the plumbing in the difficult area of geodetic transformation, and promised to begin changing the API. Only a year later, here is Proj 6, with yet more huge infrastructural improvements, and the new API.

Some of this new work was funded via the GDALBarn project, so thanks go out to those sponsors who invested in this incredibly foundational library and GDAL maintainer Even Roualt.

For PostGIS that means we have to accomodate ourselves to the new API. Doing so not only makes it easier to track future releases, but gains us access to the fancy new plumbing in Proj.

Late-binding coordinate operation capabilities, that takes metadata such as area of use and accuracy into account… This can avoid in a number of situations the past requirement of using WGS84 as a pivot system, which could cause unneeded accuracy loss.

Or, put another way: more accurate results for reprojections that involve datum shifts.

Note that the height in NGVD29 is 100 feet, if converted directly to meters, it would be 30.48 metres. The transformed point is:

Hey look! The elevation is slightly higher! That’s because in addition to being run through a horizontal NAD27/NAD83 grid shift, the point has also been run through a vertical shift grid as well. The result is a more correct interpretation of the old height measurement in the new vertical system.

Within the spatial_ref_sys table there are columns:

Knowing this, when you ask PostGIS to transform to an SRID, what will it do?

In general, the best transforms will come by having Proj look-up the CRS in its own database, because then it can apply all the power of “late binding” to ensure the best transformation for each geometry. Hence we bias in favour of Proj lookups, then the quite detailed WKT format, and finally the old Proj format.