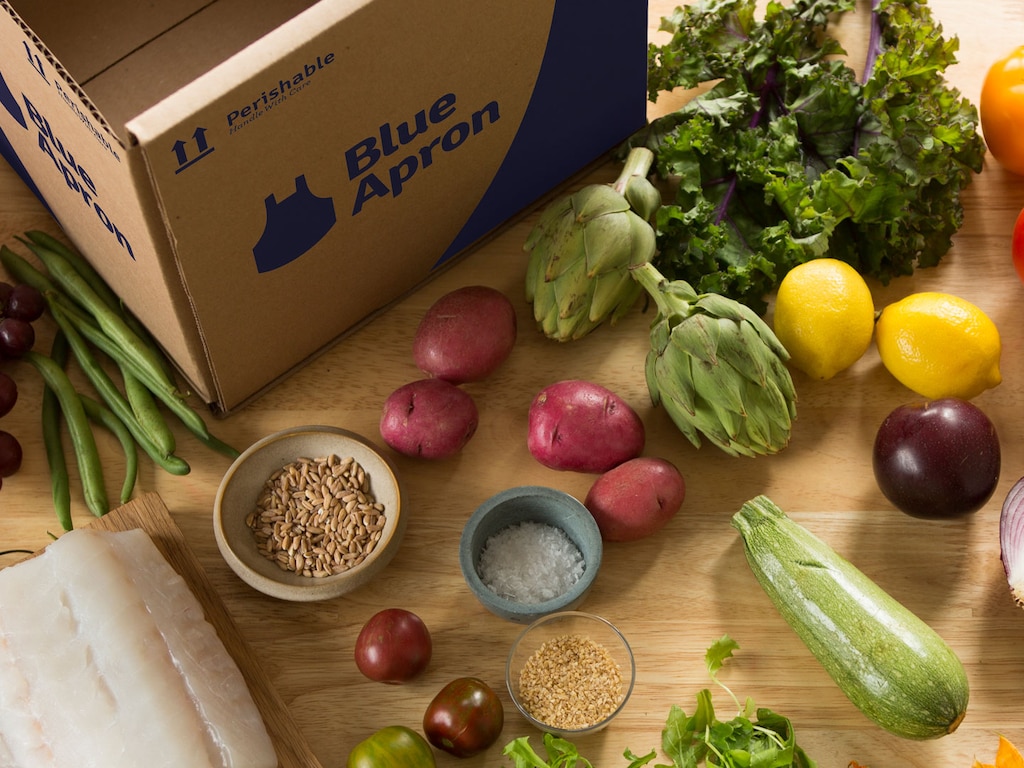 The meal-kit maker Blue Apron tumbled 12.06% to $0.95 a share Monday, nearly a week after an investor dumped the stock at a discount.*

On Wednesday, Bessemer Venture Partners sold a block of 15 million shares at a $1.15 apiece, representing an 11% discount to the prior day's closing price, Bloomberg reported, citing sources familiar with the matter. Shares have since tanked 26%.

Blue Apron has had a rough time as a publicly traded company since its June 2017 initial public offering. First, Amazon announced plans to buy Whole Foods, causing Blue Apron to slash its IPO range to between $10 and $11 a share, down from $15 to $17, as investors worried about the competition such a deal would bring. Then, less than a month later, Amazon rolled out its own meal-kit business.

And in August of last year, Blue Apron announced it was having trouble keeping customers. The meal-kit maker said its total number of customers plunged by 24% in the second quarter versus the prior year and that revenue per customer dipped by $1 to $250.

After bottoming at $0.65 apiece in December, shares started to recover — up as much as 145% — following a December 20 announcement that Blue Apron was partnering with Weight Watchers to provide healthier home cooking, as well as a forecast of achieving profitability since 2019 sent out during its quarterly earnings release on January 31.

Blue Apron was down 8% so far this year.

*This story has been updated to reflect that Bessemer Venture Partners — and not Blue Apron — sold the shares.