Some might consider Eric Hebborn one of the 20th century's greatest visual artists, but not for his own work.

Though his penchant for pirating paintings and drawings has been known for more than three decades, a prominent art historian believes one of Hebborn's fakes may hang at the National Gallery in London, England, to this day.

Hebborn, whose original work was panned by the art community, died brutally by blunt force trauma in 1996.

He trained at the Royal Academy of Arts and was skilled in restoration and conservation, art fraud expert Colette Loll says.

But, "he learned how to blur the lines between producing, enhancing and restoring artworks." 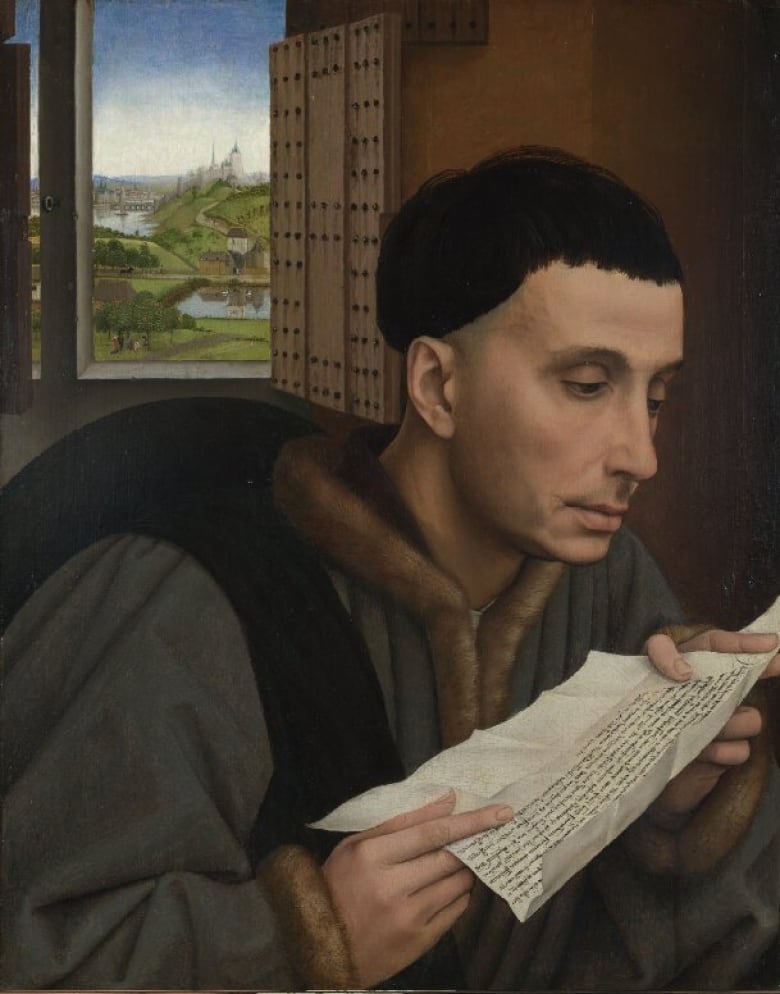 This painting known as A Reading Man (Saint Ivo?) is credited to Rogier van der Weyden and believed to date back to about 1450. (National Gallery)

The disputed painting, known as A Man Reading (Saint Ivo?), depicts a holy man reading a legal text — possibly Saint Ivo, the patron saint of lawyers. It's believed to be by Rogier van der Weyden, a 15th century painter from the Netherlands.

But Christopher Wright, an expert in old masters paintings, told the Observer that modern inaccuracies point to Hebborn's hand in the work.

For its part, the National Gallery maintains that the painting is original, calling the claims "baseless" in a statement to the Observer.

Hebborn claims to have faked — and sold — more than 500 works. That number is disputed, however, as it was common for forgers to brag and inflate their numbers, Loll says.

She thinks there are two factors that likely drove Hebborn's fakes.

On one hand, the man lived a life "that he could not afford" as a starving artist and supplemented his income with the forgeries. 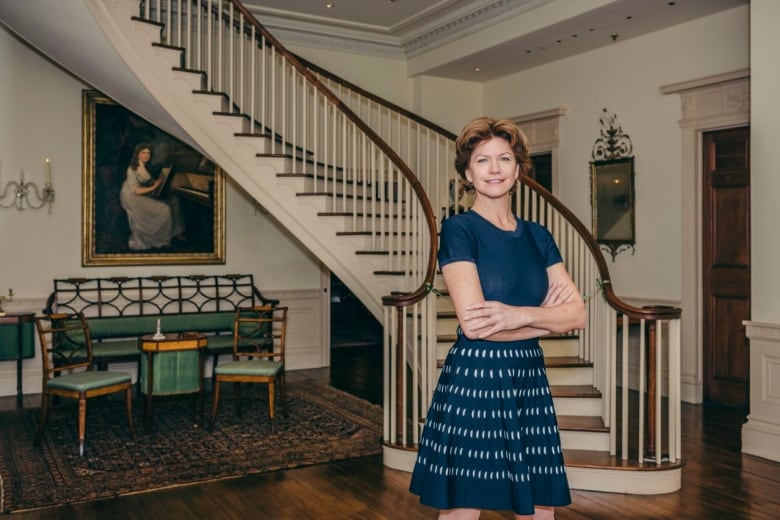 Colette Loll, founder and director of Art Fraud Insights, is pictured in 2016 at the Winterthur Museum. (Johannes Worsøe Berg/Submitted by Colette Loll)

The second reason is more nefarious: he was pranking the art world.

"What also drives a lot of forgers is really this kind of perverse need to get back at the art establishment that may not have admired or appreciated their own work," Loll said.

According to Loll, Hebborn would only sell his works to art dealers and historians who "just should have known better."

If an expert couldn't tell the difference between an authentic and an imitation piece, in Hebborn's eyes it was their own fault.

He is playing a great trick from the grave and I think that was part of his master strategy.- Colette Loll, art fraud expert

Aside from Hebborn's technical prowess when it came duplicating works, the painter tricked experts on a deeper level.

He sourced materials commonly used by artists in their respectful time periods — paper similar to those used in the 14th and 15th centuries. He would even create his own inks.

"Chemically, oftentimes his fakes would pass muster if you were doing a scientific analysis," Loll said.

But his "master stroke," Loll says, was convincing collectors that artists' original works were his own forgeries to keep experts on their toes.

"I think he loved to really create that chaos in that question in the minds of the experts who he so despised," she said. 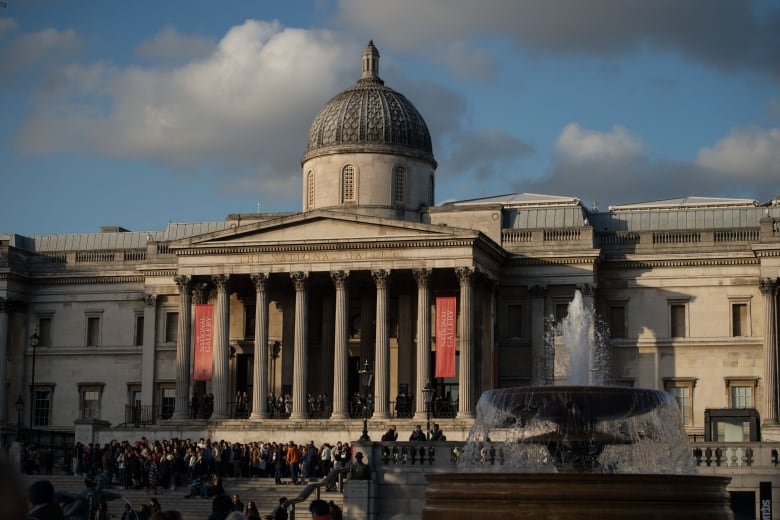 Art scholar Christopher Wright believes that the National Gallery in London, England, is home to one of Eric Hebborn's fakes. (Oli Scarff/AFP/Getty Images)

Artistic fraud like Hebborn's, though amusing to some, has a lasting impact on art history.

"If you insert things into the art historical record that don't belong there then you're distorting the record for future generations and I think that's important," Loll said.

But as new methodologies to understand the origins of art emerge, Loll believes that the doubt Hebborn created — and indeed the paintings he forged — will become clearer.

Until then, she has no doubt about the legacy he left in the wake of his death.

"He is playing a great trick from the grave and I think that was part of his master strategy."

To hear the full interview with Colette Loll, download our podcast or click 'listen' at the top of this page.