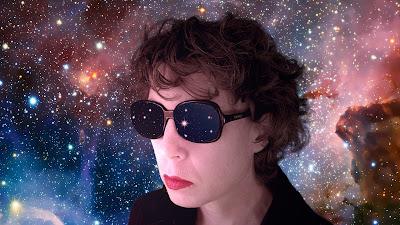 How often can you hold up four fingers, hear a thousand people shout “five”, and not agree with them? How often can you repeat an argument, see it ignored, and still believe in reason? How often can you tell a thousand scientists the blatantly obvious, hear them laugh, and not think you are the one who is insane? I wonder. Every time a particle physicist dismisses my concerns, unthinkingly, I wonder some more. Maybe I am crazy? It would explain so much. Then I remind myself of the facts, once again. Fact is, in the foundations of physics we have not seen progress for the past four decades. Ever since the development of the standard model in the 1970s, further predictions for new effects have been wrong. Physicists commissioned dozens of experiments to look for dark matter particles and grand unification. They turned data up-side down in search for supersymmetric particles and dark energy and new dimensions of space. The result has been consistently: Nothing new. Yes, null-results are also results. But they are not very useful results if you need to develop a new theory. A null-result says: “Let’s not go this way.” A result says: “Let’s go that way.” If there are many ways to go, discarding some of them does not help much. To move on in the foundations of physics, we need results, not null-results. It’s not like we are done and can just stop here. We know we have not reached the end. The theories we currently have in the foundations are not complete. They have problems that require solutions. And if you look at the history of physics, theory-led breakthroughs came when predictions were based on solving problems that required solution. But the problems that theoretical particle physicists currently try to solve do not require solutions. The lack of unification, the absence of naturalness, the seeming arbitrariness of the constants of nature: these are aesthetic problems. Physicists can think of prettier theories, and they believe those have better chances to be true. Then they set out to test those beauty-based predictions. And get null-results. It’s not only that there is no reason to think this method should work, it does – in fact! – not work, has not worked for decades. It is failing right now, once again, as more beauty-based predictions for the LHC are ruled out every day. They keep on believing, nevertheless.

Those who, a decade ago, made confident predictions that the Large Hadron Collider should have seen new particles can now not be bothered to comment. They are busy making “predictions” for new particles that the next larger collider should see. We risk spending $20 billion dollars on more null-results that will not move us forward. Am I crazy for saying that’s a dumb idea? Maybe.

Someone recently compared me to a dinghy that has the right of way over a tanker ship. I could have the best arguments in the world, that still would not stop them. Inertia. It’s physics, bitches.

Recently, I wrote an Op-Ed for the NYT in which I lay out why a larger particle collider is not currently a good investment. In her response, Prof Lisa Randall writes: “New dimensions or underlying structures might exist, but we won’t know unless we explore.” Correct, of course, but doesn’t explain why a larger particle collider is a promising investment.

Randall is professor of physics at Harvard. She is famous for having proposed a model, together with Raman Sundrum, according to which the universe should have additional dimensions of space. The key insight underlying the Randall-Sundrum model is that a small number in an exponential function can make a large number. She is one of the world’s best-cited particle physicists. There is no evidence these extra-dimension exist. More recently she has speculated that dark matter killed the dinosaurs.

Randall ends her response with: “Colliders are expensive, but so was the government shutdown,” an argument so flawed and so common I debunked it two weeks before she made it.

And that is how the top of tops of theoretical particle physicists react if someone points out they are unable to acknowledge failure: They demonstrate they are unable to acknowledge failure. When I started writing my book, I thought the problem is they are missing information. But I no longer think so. Particle physicists have all the information they need. They just refuse to use it. They prefer to believe. I now think it’s really a standoff between reason and intuition. Here I am, with all my arguments. With my stacks of papers about naturalness-based predictions that didn’t work. With my historical analysis and my reading of the philosophy of physics. With my extrapolation of the past to the future that says: Most likely, we will see more null-results at higher energies. And on the other side there are some thousand particle physicists who think that this cannot possibly be the end of the story, that there must be more to see. Some thousand of the most intelligent people the human race has ever produced. Who believe they are right. Who trust their experience. Who think their collective hope is reason enough to spend $20 billion. If this was a novel, hope would win. No one wants to live in a world where the little German lady with her oh-so rational arguments ends up being right. Not even the German lady wants that.

Wait, what did I say? I must be crazy.