Huawei was built to withstand international pressure, but can it handle U.S. indictments? | CBC Radio

Despite criminal charges in the United States and an ongoing diplomatic spat over Canada's arrest of its CFO Meng Wanzhou, Chinese telecom giant Huawei will probably continue to be an important player in telecom around the world, according to tech journalist Louise Lucas.

The Asia technology correspondent for Financial Times, Lucas says that while the United States and Five Eyes markets are important, they're by no means the only regions where Huawei has deals.

China-based Huawei has been under increasing scrutiny in the West over allegations of spying. On Monday, Department of Justice officials filed 13 charges of fraud against the company, Meng Wanzhou, and its affiliates in the U.S. and Hong Kong.

Officials at Canada's Justice Department confirmed that they received an official extradition request for Meng Wanzhou who is currently free on bail in Vancouver.

As the case heats up, Lucas told Day 6  host Brent Bambury how Huawei could overcome the challenges. 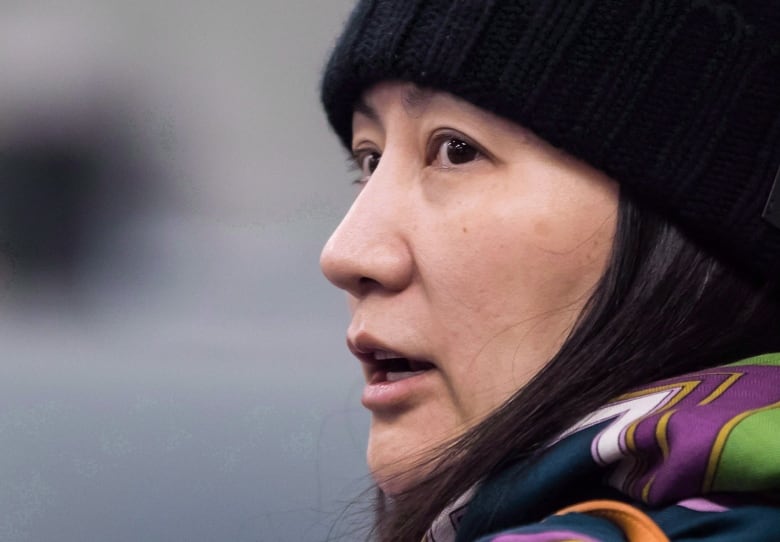 Huawei chief financial officer Meng Wanzhou talks with a member of her private security detail, after they went into the wrong building while arriving at a parole office, in Vancouver on Dec. 12, 2018. (Darryl Dyck/Canadian Press)

Does Huawei need Canada, the U.S. and Europe?

Huawei infrastructure is used sparingly among U.S. telecoms, and in Canada it forms a part of Bell Canada and Telus's 4G cell network.

However, Huawei has major deals with carriers in Asia, Africa and Latin America where it provides infrastructure and sells devices.

What's more, the company has never been as dependent on the West as some might expect, Lucas says.

"In a sense, it's already effectively been blocked from the U.S. It hasn't been able to sell its kit to any of the major carriers," she said.

"The danger now of course is what the U.S. has been saying with the Five Eyes of Australia, New Zealand, Canada." The U.S. has recommended not buying Huawei equipment for fear China could use it to spy.

The U.K. and certain European companies have made some comments against Huawei, but they haven't sided completely.

The complicating factor is that European companies own or invest in some telecoms in emerging markets where Huawei is embraced. European sanctions could mean a move away from the Chinese company for those partners.

Even if the U.S. shuts them out ... I certainly don't think they're going to disappear- Louis Lucas, Financial Times Asia technology correspondent

While Huawei isn't completely self-sufficient, they've opened a subsidiary, HiSilicon, to design their own chipsets, reducing reliance on companies like American-owned Qualcomm.

But, Lucas said, "it still needs to go to a [fabricator], whether it's TSMC or whoever else, to actually make the chips."

Huawei has their name everywhere. What's up with that?

The company has struck up many strategic deals to promote its name and brand.

It sponsors soccer teams, fashion shows and is a banner sponsor of Mobile World Congress, the biggest mobile technology trade show in the world, Lucas says.

It even sponsors university research — including some in Canada — and those deals can be murky.

"It's not always clear, because they say these things are private, what sort of agreements they have on patents," Lucas said.

"So, if there is an invention who does that belong to?" 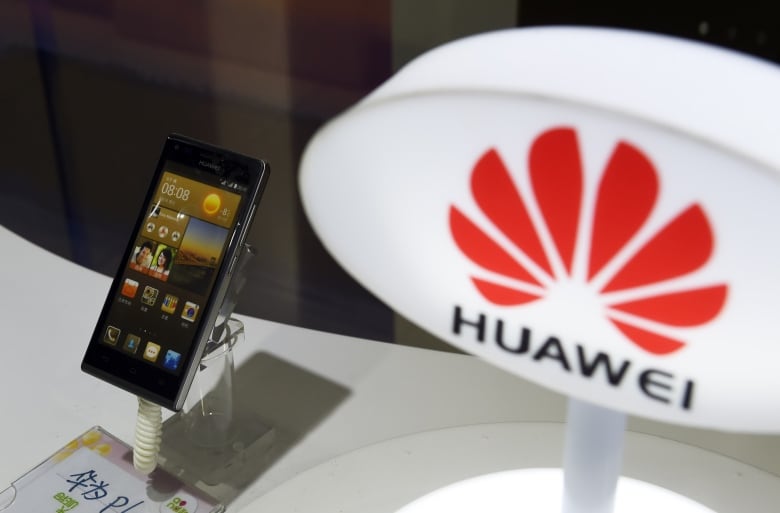 A mobile phone made by Chinese telecom equipment maker Huawei is displayed in a store in Beijing on August 3, 2015. (Greg Baker/AFP/Getty)

Are we at the start of a technological cold war?

Countries around the world, including Canada, are currently soliciting bids for future fifth generation networks.

With Huawei a leader in 5G technology, it is vying to build technology in major markets — if countries don't bar the company.

How the U.S. charges play out may be a key indicator of Huawei's future.

"But even if the U.S. shuts them out, even if they [the U.S.] succeed in encouraging some places, or some places in Europe decide to drop them, I certainly don't think they're going to disappear," Lucas said.

To hear the full interview with Louise Lucas, download our podcast or click 'listen' at the top of this page.