University of the Third Age

The University of the Third Age is an international movement whose aims are the education and stimulation of mainly retired members of the community—those in their third 'age' of life. It is commonly referred to as U3A.

There is no universally accepted model for the U3A. Its original conception in France as an extramural university activity was significantly modified in the United Kingdom where it was recognized that most people of retirement age have something to contribute and the emphasis has been on sharing, without formal links to traditional universities.

A British U3A website reports this about "The Third Age" membership eligibility: "U3A membership is not related to a specific age but to a period in one’s life (the third age) after the second age of full-time employment and parental responsibility. Anybody in their third age can join U3A and this includes people who are working part-time. There is no lower age for membership."[1]

U3A started in France at the Faculty of Social Sciences in Toulouse back in 1973. It was started by Prof. Pierre Vellas. In France, each Third Age University group is mostly associated with a local university. This academic model is used in many other countries, in particular in continental Europe. The university affiliation generates various opportunities such as highly qualified teaching personnel, a variety of subject choices, opportunity for students and faculty to conduct research based on the professional, cultural or historical experiences of the elderly, etc. U3As do not issue diplomas but rather certificates and teach in many fields according to the interests of the groups of elderly students (usually 55+) such as computer skills, languages, entrepreneurship, hereditary law, religion, politics, etc. Sometimes U3As provide groups with vocational training and formal continuous education opportunities.

In the 1990s the concept was broadened in France to the notion of the University of All Ages (UTA - université tous âges) or University of Free Time (UTL - université du temps libre).[2] The UFUTA changed its name to Union Française des Universités de Tous Ages[3] (retaining the acronym). Some French university departments have adopted the title of Université du Temps Libre.[4]

AIUTA (Association Internationale des Universités du Troisième Âge)[5] (https://aiu3a.org/) is the global international organization and network of universities of the third age, including such institutions from most continental European countries, Central and East Europe, China, Russia, Latin America, etc., including Mauritius and other destinations. The President of AIUTA is prof. François Vellas from the University of Toulouse, son of the founder of the first U3A Pierre.

Logo of the Third Age Trust, a representative body for U3As in the UK

By the early 1980s, the concept reached the United Kingdom, where its nature was radically changed to be more a self-help organization under the influence of its founders, Peter Laslett, Michael Young and Eric Midwinter.[6] This model is also used in Australia, Cyprus, Dominica, New Zealand and South Africa. In the British model of peer learning, it is acknowledged that retired people have a lifetime of experience and, collectively, a vast amount of knowledge. This is used to arrange a syllabus for each subject where each meeting is normally led by a member of the group with a strong interest or specialist knowledge.[7] 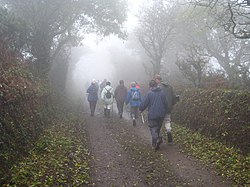 Each U3A group pays a membership fee to the national coordinating body, The Third Age Trust, and has access to a vast range of resources including a multi-media lending library, special-interest newsletters and contacts with other groups with similar interests. Summer schools are held by special interest groups. Most importantly, each group ha an absolutely autonomous entity, self-financing and self-managing.[8] In 2016 the British U3A reported its 1000th member, at Churchdown, Gloucestershire which has 26 groups,[9] after reporting 950 in 2015,[10][11] running 36,000 courses[12] for 350,000 people.[8]

Growth in membership of U3A in UK

Most groups are regional in nature which has led to the creation, in some countries, of variations on the U3A. For example, in Cyprus there is a U3A, an organization called C3A (Cyprus Third Age), which is affiliated to the UK U3A, and P3A (Paphos Third Age).

Some Central (and Eastern) European countries were introduced to the U3A quite early: Poland, Czech Republic (formerly part of Czechoslovakia) and Slovenia. The Slovenian Third Age University was started by two university professors in 1984 and has developed into a network of 40 universities over the entire country.

There is an online Third Age University in Russia at http://u3a.niuitmo.ru/.

Australia's first U3A began in Melbourne in 1984 and as of 2013, has grown to 250 U3As with approximately 85,000 members. These are based in metropolitan, regional and rural areas, and follow the British self-help model of teaching and learning over a wide range of subject areas, dependent upon the membership's own expertise, knowledge and skills.

U3As in New South Wales, Victoria, the Australian Capital territory, South Australia, Queensland and Western Australia have formed state networks to support the U3As in their state or territory with a range of resources. Each Network has its own website from which local U3As can be located. For example, see http://www.nsw.u3anet.org.au which also has links to other state networks.

In 1998, U3A Online was started to provide cognitively challenging virtual courses for isolated older people from any country. Since then the initiative has been widened to include any person who regards themselves as being in their third age. More than 35 courses, all written and taught by volunteer experts from various countries, are available. In 2009, U3A Online published a paper entitled "Educational initiatives for the elderly". The paper contains contributions from a number of U3A leaders from around the world outlining the status of U3A and U3A-like organizations in different countries. That paper, and other peer-reviewed research studies based on the Successful Aging model, are freely available from http://www.u3aonline.org.au.

The Third Age Network (TAN) is very active in Canada, however currently only within the province of Ontario. With head office at the G. Raymond Chang School of Continuing Education at Ryerson University in Toronto, the network started in 2007 and has grown to 21 groups in 2018.

The Third Age Mission[13]: “To foster Third Age Learning and share issues and solutions to common organizational challenges. We do this by promoting the establishment of organizations that provide opportunities for older adults to learn in a friendly, social setting and by supporting adult learning organizations in this process by sharing strategies and techniques to accomplish this goal.”

TAN runs a newsletter and hosts organization-wide symposiums and forums. It also provides support to local groups with things like information on speakers, networking with colleagues, data on member operations, including honoraria paid to speakers, board make up, rental costs, affordable group insurance, a regular newsletter, conferences and workshop, guidance for creating a website, internal and external communication.

SFU was the first university in North America to create a series of specially designed courses for seniors at the post-secondary level. Its mandate was to provide educational programs for older adults that were responsive to their unique psychological and physiological characteristics.

To read more see this page on the UBC website.

Virtual University of the Third Age

On January 1, 2009, after four years of experiments and testing, the Virtual University of the Third Age (vU3A) was launched with the intention of offering the same friendship, support and learning enjoyed by off-line groups. vU3A is open to anyone, in particular those who, by circumstances of isolation, health problems or other restrictions, cannot get to a U3A group.[14] There is a small fee.

Volunteers run the entire operation, including teaching, in cyberspace. There is general agreement that not only physical but intellectual activity enrich and prolong life in the later years. Although primarily for the retired, many U3As open their membership to any people not in full-time employment, thus becoming more inclusive and widening the age range of the membership. 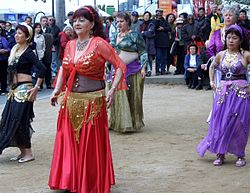 Typical courses include Art, Classical Studies, Conversation, Computers, Crafts, Debate, Drama, History, Languages, Literature, Music, Sciences, Social Sciences, and Philosophy.[15] Some study groups do not have a prepared syllabus, but draw on reports of current affairs in their topic subject to prompt conversation and research. Some groups are designed to cross disciplinary boundaries, for example, combining Society, Technology and Science in a fashion not practical in more formal academic environments.

U3A groups are well positioned to conduct serious research into local history and genealogy. For example, a group in Eyemouth collected and exhibited many photographs of life and work in the district over the years. Some groups aim to bridge the generation gap in the field of information technology, opening up an exciting new world to many who might have been oblivious of it otherwise. Internet marketing is especially important for members in more remote locations.

There are also many less educationally focused activities, including Games, including bridge tuition and duplicate bridge playing groups; Health, Fitness & Leisure, including countryside walks, Theatre/Concert Clubs, Travel Clubs, and Dance in all its forms.

Many U3As publish local newsletters as do some of their special interest networks. In the UK the Third Age Trust, the coordinating body in the UK, publishes a national magazine. Third Age Matters publishes five times per year plus an educational bulletin called Sources, for subscribing U3A members three times annually.

The U3A can also provide a valuable resource in considering many local and national issues. Membership includes many with experience and expertise in almost all walks of life and letters. Although strictly non-political, U3A members have time to reflect in a mature fashion on such topics as the operation of public services, crime and punishment, the future of energy supplies, public funding of the arts and so on, and can reply to invitations to engage in public consultations with carefully considered and argued responses.