Chinese Cars Are Still Cheap. But They’re No Longer Ugly.

SHANGHAI—Long known for being cheap but ugly, Chinese cars are starting to turn heads as domestic manufacturers poach star designers from foreign rivals.

Lured by top-dollar salaries—and the chance to put their stamp on an entire line of vehicles—designers from Rolls-Royce, Audi, Volvo, BMW and other prestigious marques have been signing on to make Chinese cars contenders in the looks department.

For decades, the main focus for China’s auto makers was the exploding market at home as Chinese families acquired cars at a breakneck pace. If they exported at all it was to emerging markets, where the premium was on cheap wheels. Competing on a global scale has become more pressing as China’s own auto market, while still the world’s largest, plateaus after years of dependable growth. Chinese passenger-car sales declined 3% in the first 11 months of 2018 year-over-year.

The design of the latest Chinese cars is giving foreign auto makers a run for their money. Here are six of the smartest Chinese models on the market.

Intensifying competition at home has led to better cars. Recent quality surveys conducted by J.D. Power suggest the gap in manufacturing standards between Chinese and foreign cars has all but closed. Now, they’re tackling aesthetics.

David Hilton could hardly be more steeped in American car culture: His great-great-grandfather Ransom E. Olds founded Oldsmobile in Michigan in the late 19th century. But the future of vehicle design is in Shanghai, said Mr. Hilton, who joined GAC Motor as head of design strategy and opened a design studio in a former Shanghai factory in November. 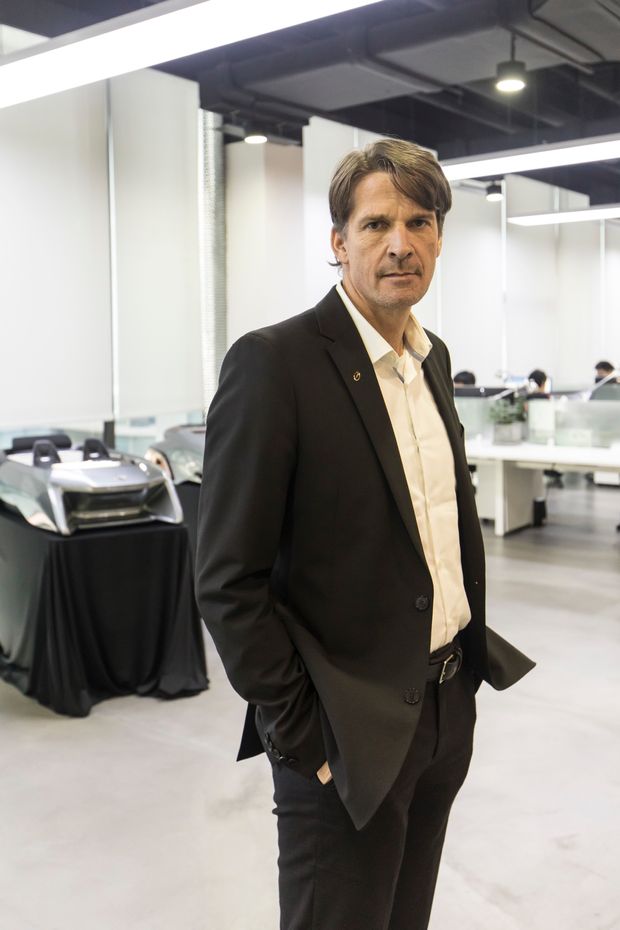 David Hilton at the design studio in Shanghai. Photo: Qilai Shen for the Wall Street Journal

“There are now more auto designers in Shanghai than in any other city in the world, including Detroit and L.A.,” said Mr. Hilton, a former Bentley designer. “Everyone’s opening studios here. Everyone’s hiring.”

The arrival of German ex-Audi and Alfa Romeo designer Wolfgang Egger at BYD Co. in early 2017 produced similar results. After years of lackluster sales, BYD sold 21% more cars year-over-year in the first half of 2018 even as the broader Chinese market was slowing down.

These visible gains have convinced others they must follow suit or die, said Yan Bowen, a car critic at Pacific Auto Net, a car-information website. “Hiring a foreign designer is a must for a Chinese auto maker that wants to compete,” he said. 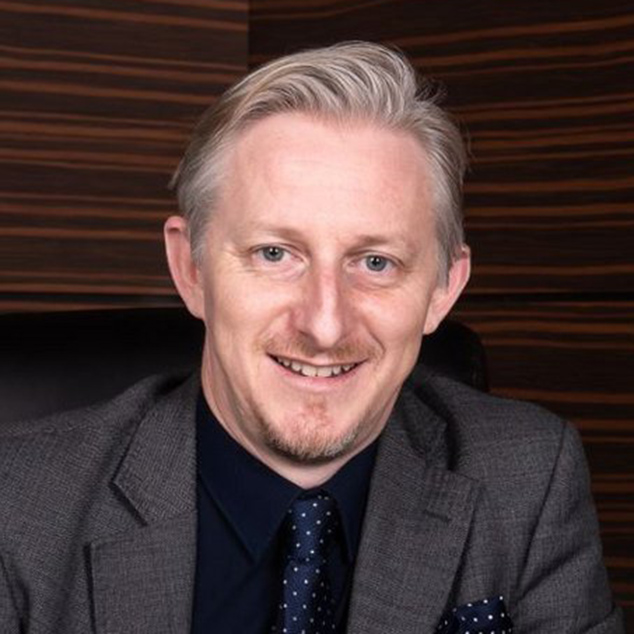 “There’s been a massive shift,” said British designer Anthony Williams-Kenny, who in May became chief designer at Zotye Auto, a relatively small auto maker that is starting an electric-car joint venture with Ford. “There’s an understanding now that the customer looks at a bigger picture than a single product: They’re looking at the brand, the image.”

Mr. Williams-Kenny previously worked for SAIC Motor Corp. , China’s biggest car company, which saw sales of its Roewe and MG brands rise 41% in the first nine months of 2018 from a year earlier, thanks in large part to a more distinctive product range. Helping Zotye build “a brand of real substance” is the next challenge for Mr. Williams-Kenny and his team of former designers from Geely, Hyundai Motor Co. and Volkswagen AG.

Consumers seem to be impressed by the new designs. “The exterior design of this car is fantastic,” said Jason Huang, the 37-year-old employee of a Beijing recruitment company, who bought a Roewe RX5 SUV from SAIC last year.

“In the past, domestic cars all looked the same—the designs were just copies,” he said, adding that he found the $24,500 RX5 comparable to any foreign car under $40,000.

Until recently, Chinese companies weren’t shy about ripping off foreign concepts to get the flashiest designs. “Now story and identity are becoming important to them,” Mr. Hilton said. 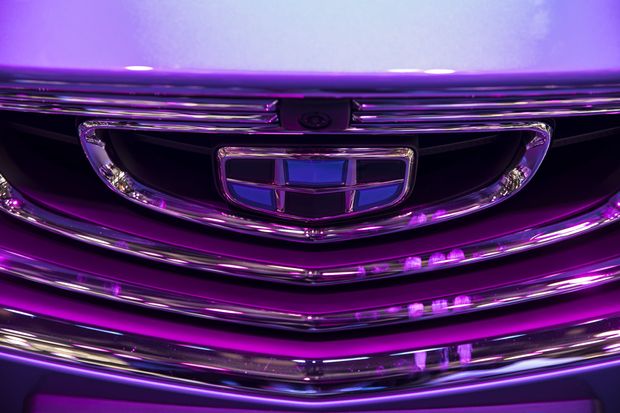 Top foreign designers can expect to earn double in China what they’d earn in the U.S., Mr. Hilton said, but the opportunity to build a new brand from the ground up is the biggest attraction. It may not last: An increasingly strong cadre of homegrown designers is coming up through the ranks.

As with everything in China, it’s happening fast. One of Mr. Hilton’s Chinese colleagues has only been working as a designer for three years but has already designed five cars. “After three years I was still doing wheels,” Mr. Hilton said.

As well as hiring experienced foreigners, many Chinese auto makers are investing heavily in setting up new studios in global technology and design hubs. At least six have studios in California, including BYD, GAC and Geely.

Jason Hill, a former designer for Porsche who now teaches automotive design at the ArtCenter College of Design in Pasadena, Calif., says Chinese auto makers now sponsor ArtCenter programs and actively hire its students, many of whom are from China.

Ultimately, many of the Chinese car companies want to be able to rival the best in the U.S. or Europe. GAC aims to launch in the U.S. this year or soon after, while Lynk & Co. plans to start European sales in 2020.

Putting a foreign design chief on the payroll is no magic bullet, and some Chinese auto makers are guilty of “using these foreign names to gain credibility” without really empowering them to create a brand, said Mr. Hilton.

But the best will succeed in creating exciting new identities, he said, while the global race to attract automotive design talent—and produce world-leading cars—looks to be going only one way. “China will win,” Mr. Hilton said. 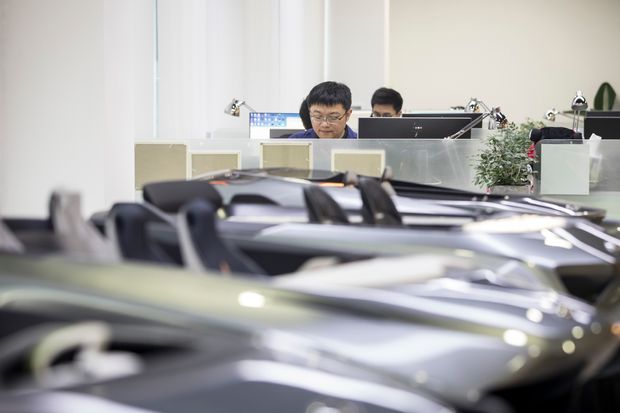 —Kersten Zhang in Beijing contributed to this article.

Write to Trefor Moss at Trefor.Moss@wsj.com