Not all of the groups in the network that the Guardian analyzed are active in tobacco policy, and some have done so in isolated instances. Some thinktanks issue policy papers around climate change skepticism, private education, pharmaceutical patent protections, energy deregulation and other conservative causes. In India, the Guardian found one thinktank that made statements aligned with public health experts’ proposals for tobacco control.

Atlas Network promotes its 475 “partner” thinktanks around the world, publicising campaigns and events on various issues, and providing some of this network with awards, grants and training.

The bulk of Atlas’s work is unrelated to tobacco policy – in December 2018, for instance, the group promoted an American college student fighting to distribute the US constitution in Spanish; and criticized a retail tax in Slovakia.

It has, however, taken donations from tobacco firms in recent years and historically, and some Atlas partner thinktanks which have received grants have supported issues helpful to cigarette manufacturers. Some have also themselves taken tobacco industry donations.

In December, Atlas Network promoted on its website the opening of a branch of the Consumer Choice Center in Brazil, which Atlas said had opened in response to the Brazilian congress calling for plain packaging of cigarette packs.

In another example, Atlas Network donated to the Institute for Democracy and Economic Affairs in Malaysia, which opposed plain packaging there. At the same time, the Malaysian thinktank was funded by local subsidiaries of Philip Morris and Japan Tobacco.

Atlas Network accepted donations from BAT in 2015 and 2016, and from JTI-Macdonald Corp, Japan Tobacco’s Canadian subsidiary, in 2016. Its 2017 annual report showed no tobacco company contributions. 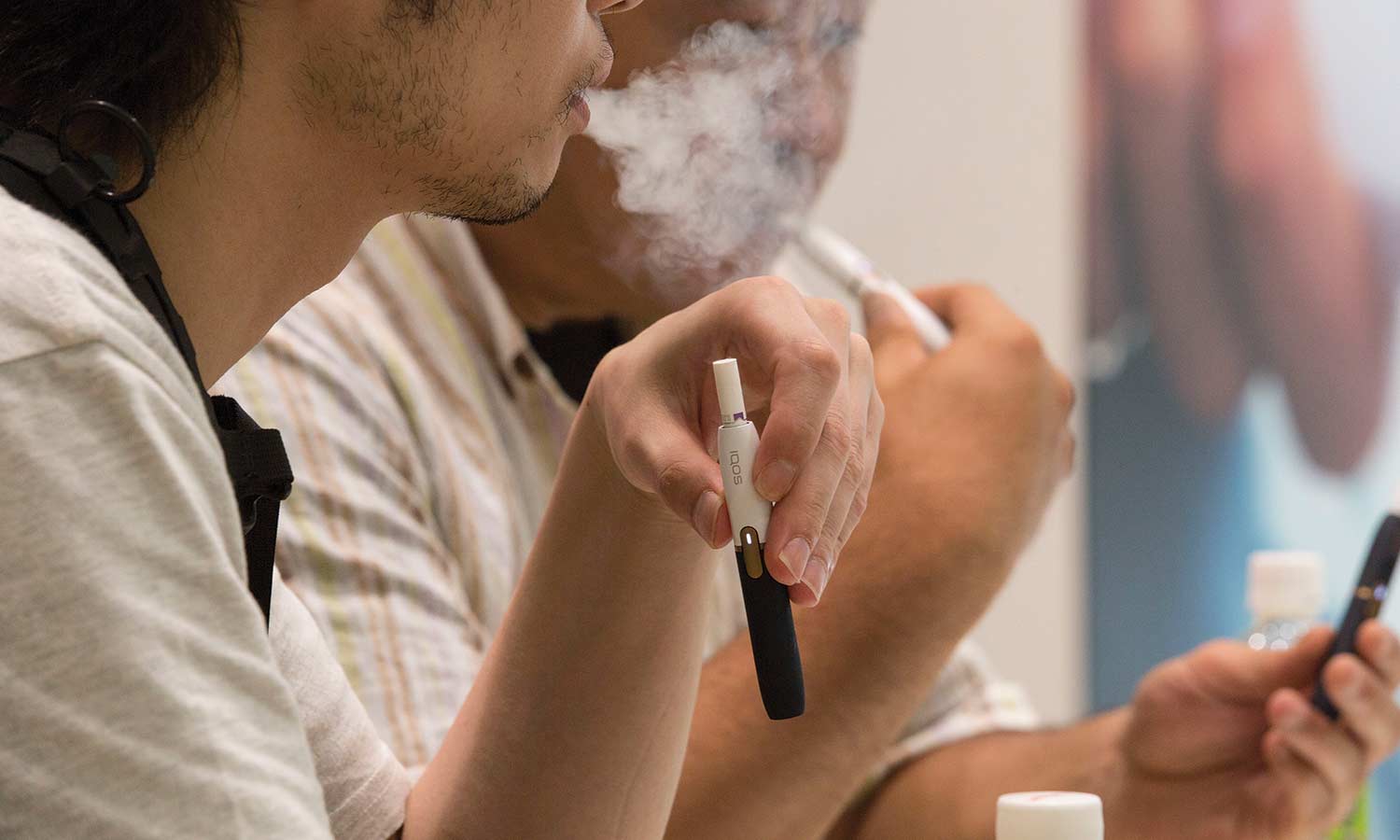 Customers try IQOS devices during a demonstration at a store. Washington Post/Getty

“We definitely see there’s a growth of thinktanks in the developing world,” said Julia Smith, a research associate at Simon Fraser University in Canada who studies tobacco control and industry interference.

Other researchers, such as Nobel prize-winning economist George Akerlof, said the growth of thinktanks aligned with the tobacco industry in the developing world “is exactly in line with what we would have expected” given the decline in smoking in the west.

The Guardian has contacted Atlas Network multiple times for comment but received no response.

Researchers who study tobacco industry influence said organizations on both ends of the political spectrum have accepted tobacco donations, including civil rights groups and art organizations in the US.

However, experts in tobacco influence said tobacco companies have recently favored libertarian and free market organizations, especially since the emergence of the American Tea Party movement about a decade ago.

“These tobacco companies and other big businesses are not philanthropists and give money" in the hope of impacting policy debates, said Stan Glantz, who heads the University of California San Francisco’s tobacco document library, and has extensively research tobacco industry influence. Glantz argues that the industry has sought to influence a wide range of groups but has found most success with those supporting free-market and libertarian values. "[The] ones that seem to most directly meet their needs on these things seem to be these libertarian groups”.

In most cases, the Guardian relied on tobacco companies to disclose donations to thinktanks, rather than by the thinktanks themselves. Thinktanks are not obligated to disclose donors in the US, or in most countries around the world. Atlas Network voluntarily discloses names of donors, but not the amount of their donations.

Manufacturers denied there was anything problematic about the behavior of thinktanks backing positions helpful to the industry. Altria, Philip Morris International, British American Tobacco (BAT), RJ Reynolds and Japan Tobacco International all donated to free-market thinktanks in the last decade.

Philip Morris International told the Guardian “ideas are not for sale”, a sentiment echoed by other tobacco companies. “We have worked, and will continue to work, with carefully selected organizations around the world who share our desire to promote policies that produce meaningful public health improvements,” PMI, the maker of Marlboro cigarettes, said. “It is absolutely ridiculous to imply that supporting an organization would result in a group taking action they otherwise would fundamentally oppose.""

“Claims that our contributions to organizations committed to advancing positive change in public health create a conflict of interest cannot withstand any reasonable scrutiny, are irrational, and wrong,” the company said.

Japan Tobacco International said: “Various groups across the world share our view that any regulation, tobacco-related or not, if untested and unproven, could have seriously negative knock-on effects.” 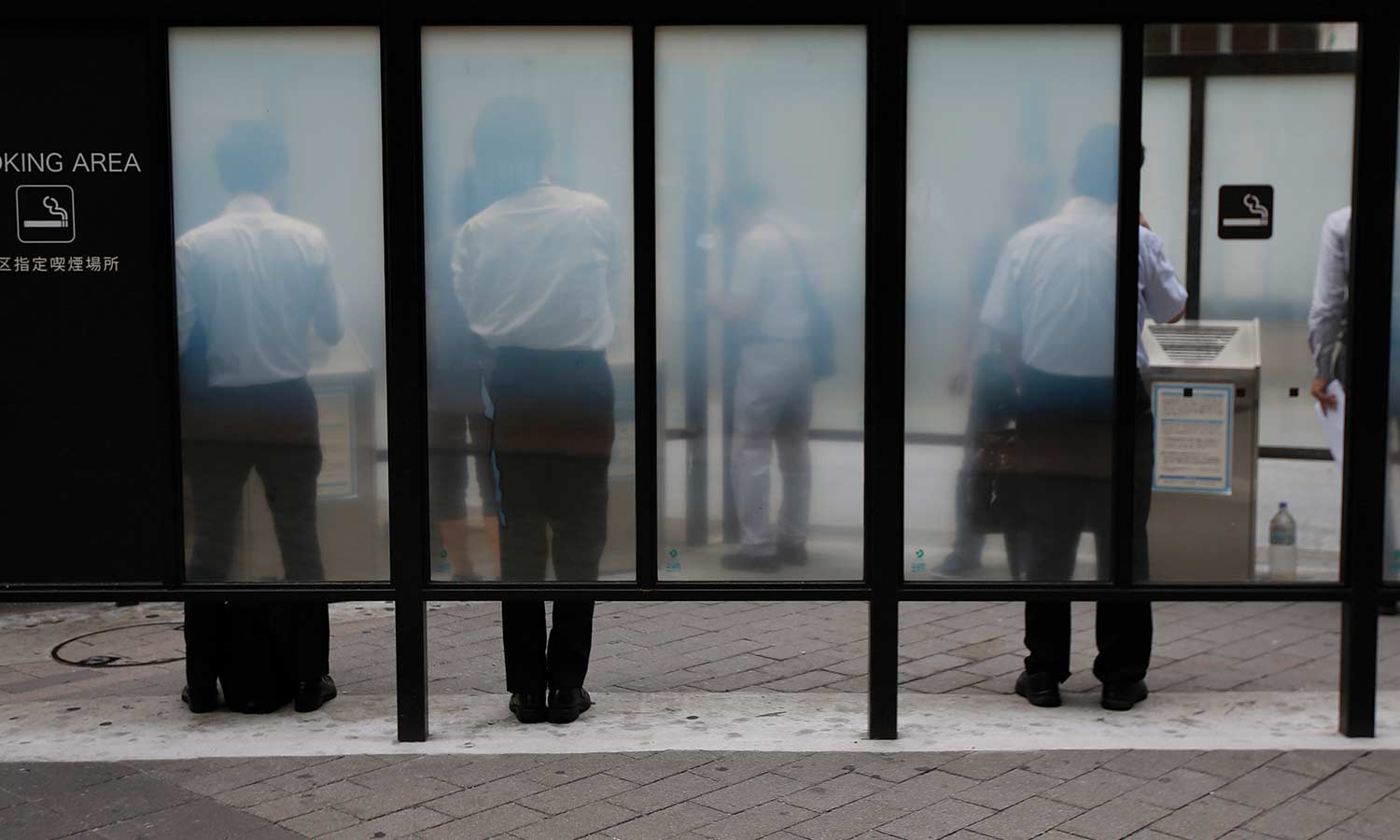 People smoke cigarettes at a smoking booth on a street in Tokyo. Issei Kato/Reuters

The company continued: “It is clear to everyone that there are health risks associated with smoking – we are fully transparent about this. And, as such, it is important that tobacco products are regulated.”

BAT told the Guardian: “Like many other companies, we support like-minded organisations on issues that are important to our business and our consumers.

“We believe publicly elected officials should be allowed to hear all sides of any debate when formulating policy and should be trusted to make informed decisions once they have heard and considered all the arguments,” the company said.

Altria, the US maker of Marlboro cigarettes and donor to dozens of North American thinktanks, said: “Like most major corporations, Altria and its companies support and are members of policy-oriented organizations focused on issues that affect our business.

“These organizations, which include trade associations and other membership organizations, engage in activities such as educational initiatives, professional development and training, public policy research and outreach, and direct or grassroots lobbying,” the company said. “We develop and maintain partnerships with third-party organizations on issues important to our companies and that independently research, communicate and advocate on those issues.”

Reynolds American Incorporated did not respond to Guardian requests for comment.