How to Homer: One SI writer's quest to go deep in an MLB park

In 1993, LSU righthander Brett Laxton set the still-standing College World Series championship game record for strikeouts with 16 against Wichita State. Today he’s an energetic bear of a man and a Marucci bat maker, and in Baton Rouge he had advised me to “get out to a field as soon as possible and see where you’re at. You don’t realize how hard it is till you get out to a big league yard and see how far off that wall is.” Ballas suggested we use the scruffy field where Torrance High’s freshmen play. What it lacked in landscaping it made up for with its MLB dimensions: 330 feet down the line, 350 to straightaway left.

Our first day there was May 18, 2016. My performance was hideous. Over the course of 75-odd swings, two balls might have rolled to the track. A sad parade of choppers and Texas leaguers sprayed from my new Maruccis, one of which, of course, broke. (That left two.)

My stadium search, meanwhile, revealed that major league clubs don’t exactly roll out the red carpet for writers eager to get their bat-flip on. I’d received no word from the Dodgers, a silence to which I took no offense. They had bigger priorities than a scribe with a home run jones.

While I waited, I watched a video Ballas had sent me about “bat lag,” a technique in which the wrists are loosened, allowing the barrel to lag behind the hands as they fire forward. The barrel desperately tries to catch up, creating the bat speed from whence dingers derive.

I set up my $89 Bownet in the driveway and, with bat lag in mind, hit about 100 balls off the tee. Cowhide flew off the barrel; it sounded like a gunfight. But my hands were still straying too far from my body, still reaching for the ball instead of staying inside it.

The guys at the Refinery said my swing was improving (and they’d laughed at me enough times to make clear that my feelings did not inform their input). But they also said my lean writer’s frame needed to get stronger, heavier. Less Pablo Neruda and more Pablo Sandoval.

Ronnie Lopez and Chris Pascual are the Refinery’s resident strength coaches, and without our thrice-weekly appointments, which focused on adding body weight and building power from the legs up, I would have never come close to Oakland’s outfield wall. This saga within a saga could be a violin-scored Ken Burns documentary unto itself, but for brevity’s sake I’ll point out that baseball is a sport of maximum-effort explosions separated by lengthy rest periods. The event I was preparing for—essentially a 60- to 90-minute home run contest in which I was the only participant—did not allow for rest. Our training reflected that. 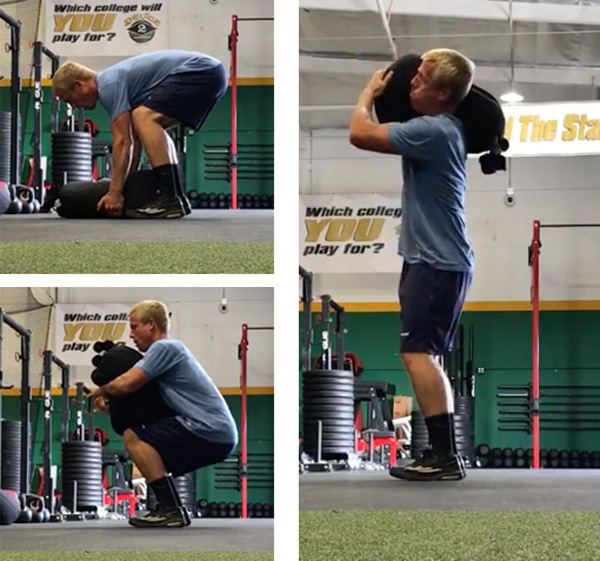 I hadn’t realized it yet, but in addition to a more Paul Bunyan–like body, I also needed a daily hitting partner, a professional I could emulate and from whom I could siphon some wisdom. Instead I got three.

Torrance High has put a few guys in the bigs over the years, the most notable being catcher Jason Kendall, a three-time All-Star who played between 1996 and 2010, mainly for the Pirates. More recently the program has produced leftfielder Angelo Gumbs, a second-round Yankees pick in ’10; Tyrone Taylor, a tool-rich outfielder and Brewers second-rounder in ’12; and the aforementioned Trent Gilbert, who starred at Arizona from ’12 through ’14. These were the guys Ballas threw to every off-season, from November to April, three to five days a week, in exchange for an occasional case of Stella Artois, maybe some MLB gear. Mainly, Ballas does it because he loves baseball, his participation in this very project offering irrefutable evidence of this fact.

Without telling me, Ballas had updated the three young pros on my progress and asked if I could hit with them. “They’re in,” he told me, even though adding me to their group would probably mean fewer cuts for each player.

One month after my 45th birthday, I was assigned to cover Game 5 of the NLCS, between the Cubs and Dodgers. At some point in the middle innings I introduced myself to Joe Jareck, L.A.’s amiable media relations chief who was circulating my offbeat request around the office. He was doing his best, he said, but I got the feeling it was a tall order. Dodger Stadium is among baseball’s last true temples, and if its clergy allowed everyone to pray at its green-and-brown altar, where Koufax hurled and Gibson hobbled, things would get out of hand. They make exceptions, of course, for celebrities like Klay Thompson, All-Star NBA guard and brother of Dodgers outfielder Trayce; Klay took BP with the team last September. I promised Jareck that if I could use the field for an hour, I wouldn’t bring my dog along (as Klay had), so there’d be no chance of a deuce being dropped (like the one Rocco, an English bulldog, left behind).

Between innings I took long looks at the outfield wall. The leftfield corner sat 330 feet from home, but then things got deep in a hurry—367 to dead left. The wall, however, was only eight feet high in the corner, below average for big league parks. After the game I sat at my laptop in the Vin Scully Press Box with my eyes closed, searching not for a turn of phrase, but instead envisioning myself curling one inside the leftfield foul pole—a risky target in that my best shot might end up foul.

I wasn’t good enough to aim the ball. I knew this as surely as I knew I couldn’t even make contact against a Class A pitcher. (Changing speeds? Adding movement? Forget it.) All I could do was try to hit the ball hard—really hard—which differentiated my BP from that of my new training partners. I was the anti-Ichiro. Every swing came from my heels. Anything less did me no good.

All I could do was try to hit the ball hard—really hard—which differentiated my BP from that of my new training partners. I was the anti-Ichiro. Every swing came from my heels.

In late October, Schumaker asked his friend Mike Ashman, the Angels’ BP pitcher, if he could toss me a few at Angels Stadium during a youth tournament they were hosting. In a light drizzle, with my wife and daughters cheering me on, I transformed Ashman’s pitches into meek grounders and pop-ups. Then: that sound.

“Whoa!” Schumaker shouted at the thunderclap. My shot felt good off the barrel, but video showed that I’d released the bat too soon with my right hand, the one responsible for driving the ball. Even so, I’d just one-hopped the warning track at a big league park (and a spacious one). It gave me hope. The even better news: no broken Maruccis.

A week later, I watched Rajai Davis’s stunning World Series homer off Aroldis Chapman—the first bomb Chapman had allowed since June—with a perspective unlike other fans'. “All you need is one,” Ballas texted me.