One of the big announcements from Microsoft Inspire last week was the integration between Microsoft Teams and Microsoft Dynamics 365, Microsoft’s enterprise resource planning (ERP) and customer relationship management (CRM) platform.

Microsoft is “launching” the same news multiple times these days, as it was also announced at Ignite, the customer conference in March 2021. Tom Morgan did a good overview at the time here.

Microsoft made a big deal about there being no cost for this integration. Being that they are both Microsoft products, to be honest I wouldn’t have assumed there would be a cost.

What does the Dynamics 365 and Microsoft Teams Integration allow you to do?

Example of the Dynamics 365 meetings app, with records details and notes 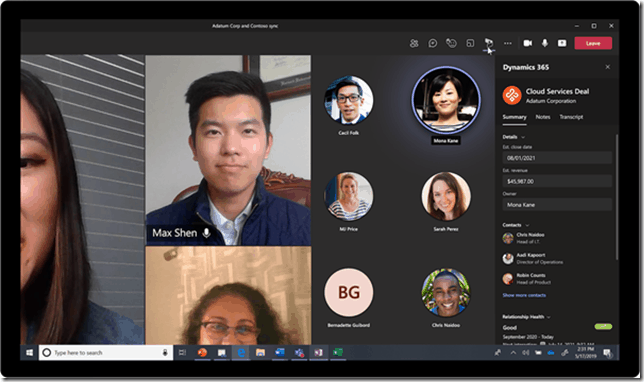 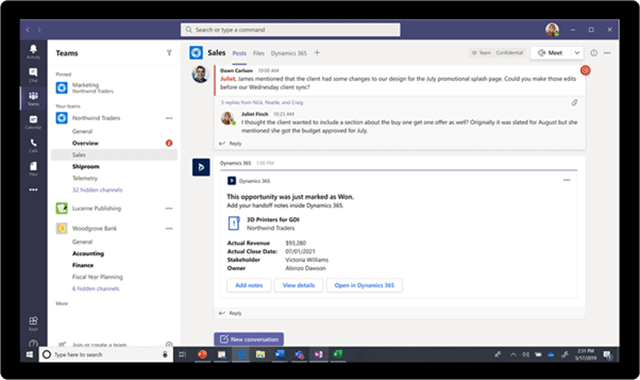 It looks like the connectors to push adaptive cards into Teams and surface records in Tabs in teams are available, but I can’t see the Teams meeting app yet.

What was missing from this announcement, which was shown in March 2021 was the ability to make a Teams call directly from within Dynamics 365. Hopefully, that is still coming.

Modality is a Teams and Dynamics 365 user, so I will update the blog when the calling or meetings app becomes available.