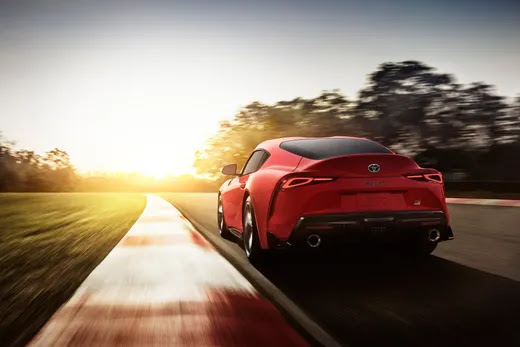 After  years of will  they or won't they speculation . toyota  made a decision about whether to revive its long gone supra sports car un unites stats.
More precisely, Ceo Akio Toyota made the call. And when the company bears your last name, you typically get your way. And so the Toyota Supra, one of Akio's favorites, is back in all of its growling glory about two decades after it was discontinued.
The 2020 Supra debuted Monday at the Detroit auto show, showing off its sleek, low-riding, two-door design to a horde of journalists.
"This new Supra is not just fun to drive – it’s totally lit!" Toyota said at the auto show. "According to my son, this means amazing or super excellent." With all the talk in the auto industry about appealing to millennials, this car is geared toward recapturing the hearts of Generation X. The Supra's heyday was in the 1980s and early 1990s. 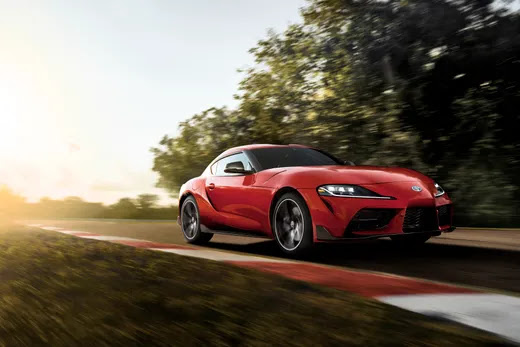 But some millennials might catch the Supra bug, too. When the car was featured in the Fast and Furious film franchise, loyalists cheered and the vehicle got a reputation among a new generation of buyers.
The Toyota Supra will hit showrooms in summer 2019. It will be available in three trim levels: 3.0, 3.0 Premium and Launch Edition.
The base price starts at $49,990. The Launch Edition, of which only 1,500 units will be available, will start at $55,520.
Designers and engineers took inspiration from Toyota’s hand-built, limited-edition 1967 2000 GT and The fourth-generation version phased out in the late 1990s.
It boasts a turbocharged, 3-liter, 6-cylinder engine with 335 horsepower and an 8-speed automatic transmission with paddle shifters.
The new Supra zips along from 0 to 60 miles per hour in an estimated 4.1 seconds. It has an electronically limited top speed of 155.
Reflecting his personal interest in the vehicle, Toyoda himself tested the Supra on the famed Nürburgring racetrack. He provided "his personal feedback as a Master Driver to ensure this new model would exceed the expectations of Supra fans across the globe," Toyota said. 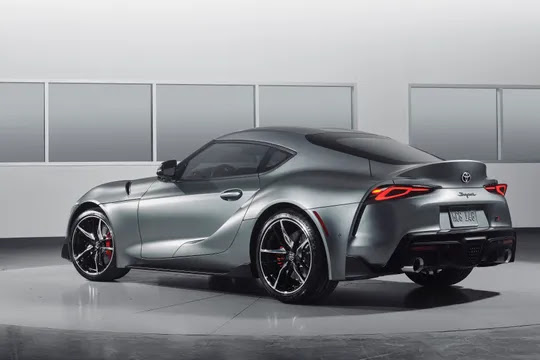 The car has LED headlights, an infotainment screen and a sport mode. It will be available in several colors, including Renaissance Red 2.0, Nitro Yellow, Downshift Blue, Phantom Matte Gray, Absolute Zero White, Tungsten Silver, Turbulence Gray and Nocturnal Black.
The Supra brand debuted in 1978, when Toyota introduced the Celica Supra sports coupe. In 1986, the automaker spun off Supra as its own nameplate. 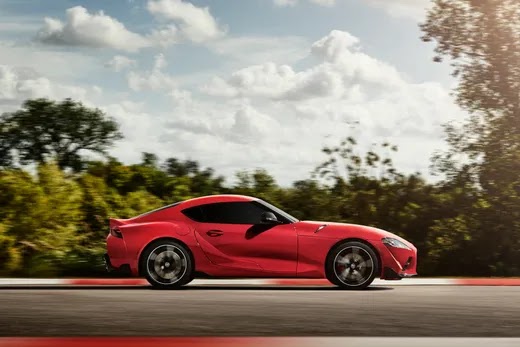 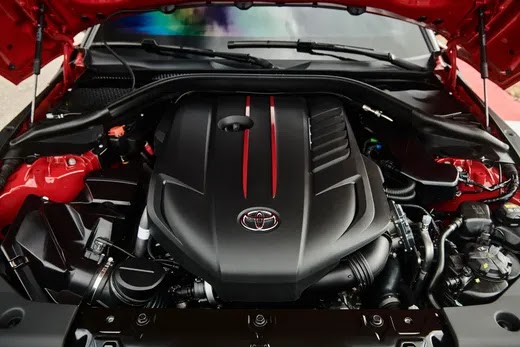 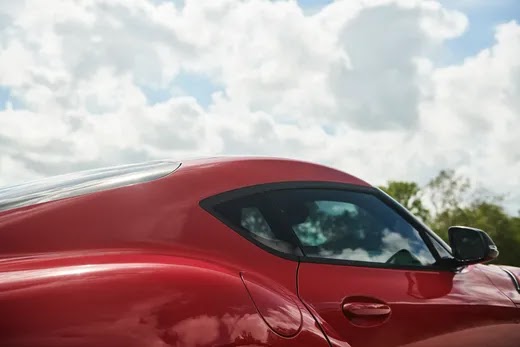