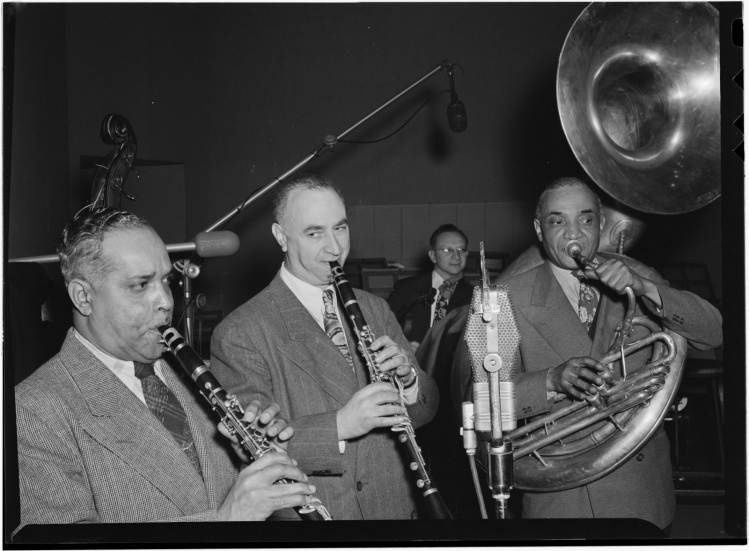 Perhaps the best long-standing editorial note in any print magazine is the one atop the “Night Life” show–listings in the front pages of the New Yorker. “Musicians and night-club proprietors lead complicated lives,” it reads. “It’s advisable to check in advance to confirm engagements.” I remember flipping to the page in my high-school library’s copy every week just for the pleasure of imagining what lurked behind the unmarked door of that low-key language, and to bask self-satisfiedly in the cool sophistication of my understanding: of course they lead complicated lives—it’s jazz.

Mezz Mezzrow—jazz-era reed player, drug-dealer, front man, record producer—led such a life, the full range of which this list only begins to hint at. It and all the rest—forty-seven years worth, anyway—is “chronicled” in his 1946 “memoir” Really the Blues (reissued by NYRB in 2016). Quote marks because the events and accounts he relays seem disputable on their face, in fact have been contested by any number of critics, historians, and fellow musicians since; and because the book reads like an improvised amalgam of forms: picaresque, bildungsroman, redemption narrative, reincarnation myth, proto-Beat novel, tall tale. But nowhere does it go “off tangent,” as Mezzrow himself might have dismissively said of someone unable to keep time or keep true to one’s artistic nature. The line is strong, the momentum propulsive and steady, the hip, idiomatic voice consistently fresh. That’s probably thanks in part to the writerly hand of Bernard Wolfe, the midcentury novelist and one-time assistant to the exiled Leon Trotsky, who in sharing an author credit with Mezzrow may also have helped surface the more problematic, as distinct from complicated, aspects of the protagonist’s life and career. Chief among them: Mezzrow’s apparent belief that through his deep immersion in black culture he scrubbed himself of his own whiteness. More on that to come.

The history of jazz, Geoff Dyer has written, has been the history of people picking themselves up off the floor. Mezzrow would do plenty of that over the decades. But it’s not as if he started out from disadvantage: he was born Milton Mesirow in Chicago in 1899 into a middle-class Jewish family “as respectable,” he writes, “as Sunday morning,” with pharmacists and lawyers as uncles. But young Mezz liked the excitement of the street and at sixteen was sent to Pontiac Reformatory for stealing a car. While there he learned saxophone and the language of blues and jazz, but also, and more significantly for the purposes of his own autobiographisizing, what he came to see as the key differences “between the white and Negro races,” a vision which early on he claims to have boiled down to this:

The white man is a spoiled child, and when he gets the blues he goes neurotic. But the Negro never had anything before and never expects anything after, so when he gets the blues he comes out smiling and without any evil feeling… The colored man doesn’t often get sullen and tight-lipped and evil because his philosophy goes deeper and he thinks straight. Maybe he hasn’t got all the hyped-up words and theories to explain how he thinks. That’s all right. He knows.

It’s all in the music, Mezzrow concludes: “You’ll find the answer there, if you know what to look for.” And Mezzrow, by the time he was a teenager, not only believed he knew what to look for, but also that he had unmistakably found it.

It’s a freewheeling, absorbing story, much like the music that animates it.

Adventure soon followed. Ineligible for the draft because of a heart murmur, Mezzrow spent the World War I years insinuating himself into the nascent Chicago jazz scene, which, with a boost from Prohibition, grew and spread to roadhouses along the route to Gary, Indiana. Al Capone and his associates (and their mistresses) could be found in the audiences alongside laborers and young men from Notre Dame, and some of the most vivid moments of Really the Blues occur in the chapters covering this period. Mezzrow goes on to be in many of the right places at just the right time—Detroit, Paris, Harlem—and he revels in recounting the casual friendships, spontaneous gigs, occasional side-projects, and chance run-ins via which he establishes his presence in the predominantly black jazz world. No small challenge, not only in his being white, but also in his not being as talented as many of his peers. Mezzrow becomes better known for the quality of the marijuana he sells than his musical prowess. Ben Ratliff, in his introduction to Really the Blues, notes that Nat Hentoff (who wrote frequently about jazz for Commonweal) dismissed Mezzrow as “consistently out of tune” while other critics called him “abysmal” and “inept.” He wasn’t as bad as that—jazz critics are notorious cranks—but readers can infer that Mezzrow knew the score by the way he wistfully speaks of white musician friends like trumpeter Bix Beiderbecke and drummer Gene Krupa departing to take jazz to wider, as well as whiter, audiences.

Really the Blues is grounded with a number of riveting, occasionally moving set pieces—raw stories Mezzrow shares with Wolfe, who gives them novelistic shape. These include the rescue of a prostitute from an Indiana brothel, a performance by the blues singer Bessie Smith, a “moaning blues” send-off to a troupe of musicians headed for New York, and a solo by a bleeding, exhausted Louis Armstrong before an on-edge crowd half-expecting him to die on stage. Mezzrow reiterates throughout the book just how hard his friend (and occasional benefactor) Armstrong always worked, perhaps in the process issuing a tacit rebuke of his own lax discipline. At one point, an opium addiction nearly kills him, and he does another turn in jail. Yet Mezzrow manages, repeatedly, to pick himself up off the floor.

It’s a freewheeling, absorbing story, much like the music that animates it. Yet there’s a tension to the tale that Mezzrow can’t fully resolve (though Wolfe, in an afterword written decades later, attempts to). That’s the way Mezzrow speaks not just of moving easily between white and black, at one point calling himself “a link between the races,” but also (and is it just tongue-in-cheek?) of essentially being black, “even if I don’t look it.” He emphasizes his overriding yearning to be “a musician, a Negro musician, hipping the world about the blues the way only Negroes can.” He hopes his biographers only “spell my name right… and don’t forget to say ‘Race, Negro.’” At the same time, he exhibits keen awareness of what we now know as structural racism. Mezzrow was forever seeking to put together mixed-race bands as a refutation to “old Jim Crow,” and occasionally he met with success. Of course, even to wish such a thing, even authentically, as Mezzrow so clearly did, was a privilege afforded by the very whiteness he rejected, itself a choice not readily available to the people he counted himself among. Some of his contemporaries would point this out to him, along with the more unfortunate ways he chose to formulate his identity.

Mezzrow’s place in jazz, and in a significant chapter of race in America, remains unsettled. The cover of the NYRB edition of Really the Blues makes use of a famous 1943 Gjon Mili photograph of several greats gathered to play. There’s Count Basie at the lower right, Lester Young at the bottom, puff-cheeked Dizzy Gillespie next to him. Up top yet unmistakably apart from the rest, his clarinet raised but not being played, is Mezzrow, the only white musician in the frame, wearing a benign but slightly distant gaze. The photo is titled Jam Session, a term that Mezzrow often claimed to have helped invent, but that almost everyone agrees he did not. 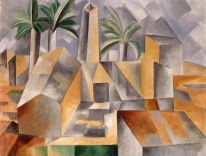 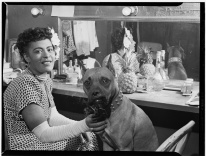 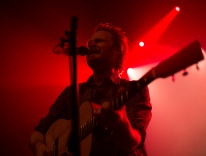