There are armies in the Middle East that do not have guns and whose "soldiers" work online only — but that doesn't mean they're not dangerous.

The term "electronic armies" is commonly used in the Middle East for such forces. "The concept is simple," as the internet freedom advocates from Access Now explain. "A group of people assume false identities in order to participate in internet forums and social media to send — or suppress — a specific message."

In Western countries, digital campaigners might spread political messaging or pressure for change, Mahmoud Ghazayel, a specialist in online disinformation based in Lebanon, told DW. "But in the Middle East, they can easily get someone killed. Unfortunately, we already have a lot of examples of this," he said.

Ghazayel pointed to the assassination of Iraqi activist Riham Yaqoob, who was murdered last August.

Yaqoob was supposedly killed because of her participation in local anti-government protests. But Ben Robin-D'Cruz, a researcher at Aarhus University in Denmark, has looked more closely into the details of Yaqoob 's death. He says that by the time she met her death, the 30-year-old fitness specialist had long since withdrawn from protests.

Videos circulating on social media that purported to show her leading protests were actually not of her, nor were they filmed in Basra as alleged, Robin-D'Cruz noted.

Instead, Yaqoob was the victim of a widely shared conspiracy theory that accused a group of young locals "of being agents in a US plot to orchestrate violent protests in Basra," Robin-D'Cruz wrote for the London School of Economics' Middle East Center.

In fact, the group had only participated in a US-funded youth leadership program. But a story on Iran's state news agency, Mehr, published on September 10, 2018, suggested otherwise.

In Iraq, local activists say the largest and most active electronic armies are those working on behalf of the country's paramilitary groups, known as the Popular Mobilization Forces, or PMF. Many of these pledge loyalty to Iran because the neighboring country's leadership provides them with financial, military and logistical support.

The Iranian news agency article identified the young activists clearly and their pictures, including one of Yaqoob that showed her with the former US consul general in Basra, Timmy Davis, were shared on social media.

Other members of the group fled the city or the country. But Yaqoob didn't, and on August 19, 2020, she was shot in her car by a gunman from the back of a motorcycle.

"Online armies might not be able to hurt you physically, but they can easily damage your reputation," verification specialist Ghazayel explained. "They can also scout out your family, friends, job and even your home address."

But Iraq is not the only country in the region in which electronic armies are thriving. 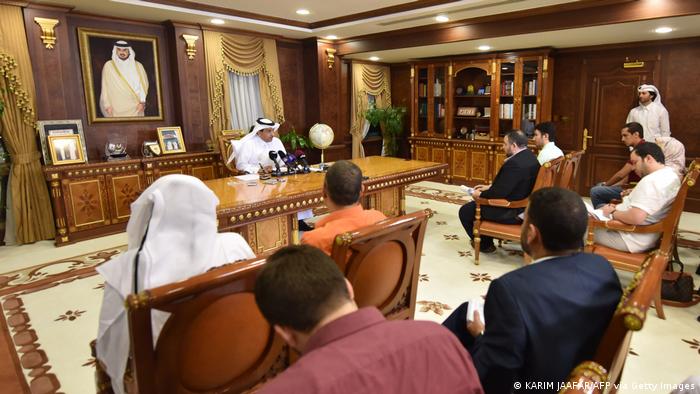 Perhaps the highest-profile example of such online harassment relates to the case of Saudi journalist and dissident Jamal Khashoggi, who was murdered inside the Saudi Embassy in Turkey in 2018.

An analysis of threats made against him on Arabic-language social media in 2020 indicated a pattern of coordinated intimidation and abuse, much of which could be traced back to Saudi Arabia, investigators from the Soufan Group, a US-based security consultancy, have argued. 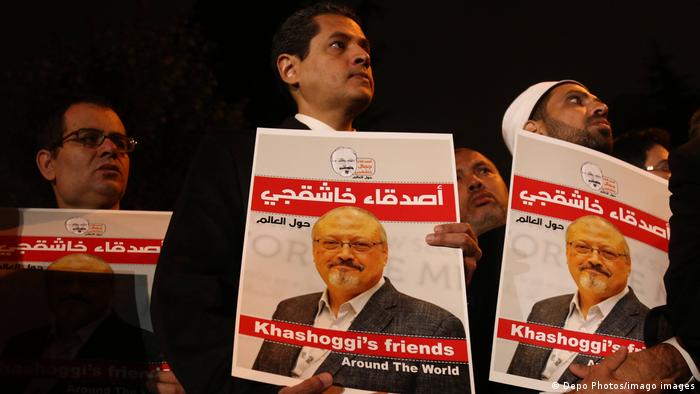 The 2017 diplomatic crisis around Qatar is another example. That year, Saudi Arabia, the United Arab Emirates, Bahrain and Egypt all cut diplomatic and trade ties with the emirate due to allegations Qatar was interfering in other nations' affairs.

Electronic armies reinforced the messaging. In September 2019, Twitter announced that it had removed 271 accounts whose goal was "a multi-faceted information operation primarily targeting Qatar, and other countries such as Iran" and that "also amplified messaging supportive of the Saudi government."

At the same time, Twitter also removed a further 4,248 accounts operating from inside the UAE that were directing propaganda at Qatar and Yemen. This year, most months have brought similar news.

In its 2020 list of digital predators, Reporters without Borders pointed out that the Algerian administration has paid online "trolls" to discredit journalists reporting on anti-government protests and that Sudanese intelligence services were also thought to be behind similar disinformation campaigns.

Some cases may be clear, but it is often difficult to know exactly who is paying or controlling the electronic armies, researchers say.

"We have to infer who they might be from the disinformation they are producing," Marc Owen Jones, an assistant professor specializing in digital humanities at Hamad bin Khalifa University in Qatar, explained during a recent online TED talk.

Additionally, third parties may be involved. "We are increasingly seeing state actors outsourcing their disinformation operations," researchers from the Stanford Internet Observatory wrote recently. This gives governments a level of plausible deniability, they said. And if one firm gets banned, those who are paying simply use another. 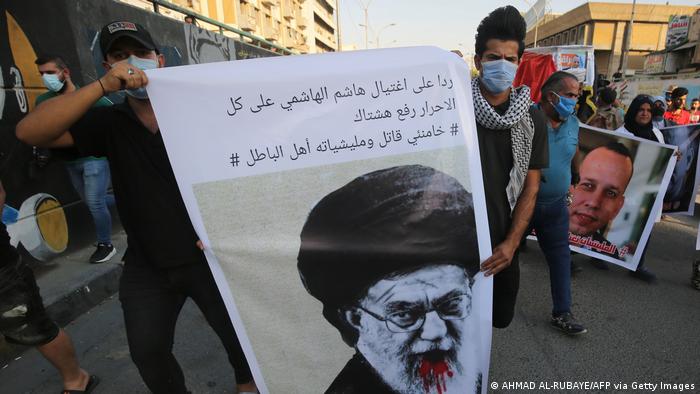 Of course, other countries also have "electronic armies." Elsewhere they have been described as troll farms, cyber armies, keyboard armies or web brigades. In its 2020 report, Freedom House reported that in 39 out of 65 countries surveyed, individuals were employed by political leaders to "manipulate online discussions."

But, as experts told DW, it's quite possible that as a region, the Middle East has some of the worst problems with electronic armies in the world.

This may be because of how people in the region use social media, Ghazayel suggested.  Although most Middle East countries offer a wide variety of traditional news outlets, locals tend to be wary of them, as many are funded, founded or directed by the country's government or social or religious interest groups. So instead, they turn to social media for news and information.

This is a growing trend. A 2020 study of attitudes of Arab youths aged between 18 and 24 found that 79% were getting their news from social media. Around two-thirds of respondents told researchers they trusted social media "to do the right thing." 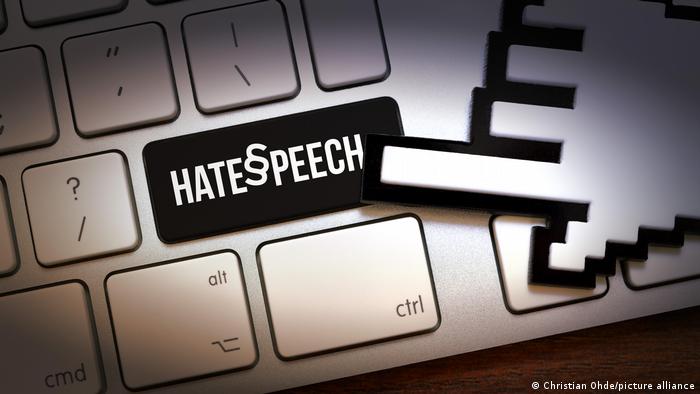 In comparison, a 2020 study by the Reuters Institute showed that only 56% of young Germans and 51% of Americans of the same age got their news from either Instagram, Snapchat or TikTok.

The Middle East's problem with electronic armies may also have to do with language, Owen Jones reasoned. "In Arabic, disinformation seems to thrive," he said during the TED talk. "And I think part of the reason for this is a regulatory blind spot when it comes to the social media companies, who are less inclined to take action against accounts who aren't speaking English, or that aren't impacting directly on US interests."

Ghazayel thinks it also has to do with the precarious political climate in some Middle Eastern countries, where there is conflict, economic pressure or an authoritarian government.

"When they are being encouraged by politicians or governments, and then also find that social media platforms are letting them loose without any genuine or swift action to rein them in, electronic armies thrive in the absence of the rule of law," he told DW.