Headspace vs. Calm: The Meditation Battle That’s Anything but Zen

But behind the blissful marketing mantras, Headspace and Calm are locked in a head-to-head fight to dominate the booming $1.2 billion meditation market.

“I would say we’re in mindful competition with each other,” says Michael Acton Smith, co-CEO and co-founder of Calm, based in San Francisco. “And they have six times as many employees as we do.” Calm has a staff of about 40, while Headspace employs 230.

“The irony is not lost on me,” says Rich Pierson, CEO and co-founder of Headspace, of the rivalry with Calm. But he’d rather focus on his Santa Monica, Calif.-based company’s authenticity, he says, which is drawn from co-founder Andy Puddicombe’s 10 years of studying meditation at Buddhist monasteries. 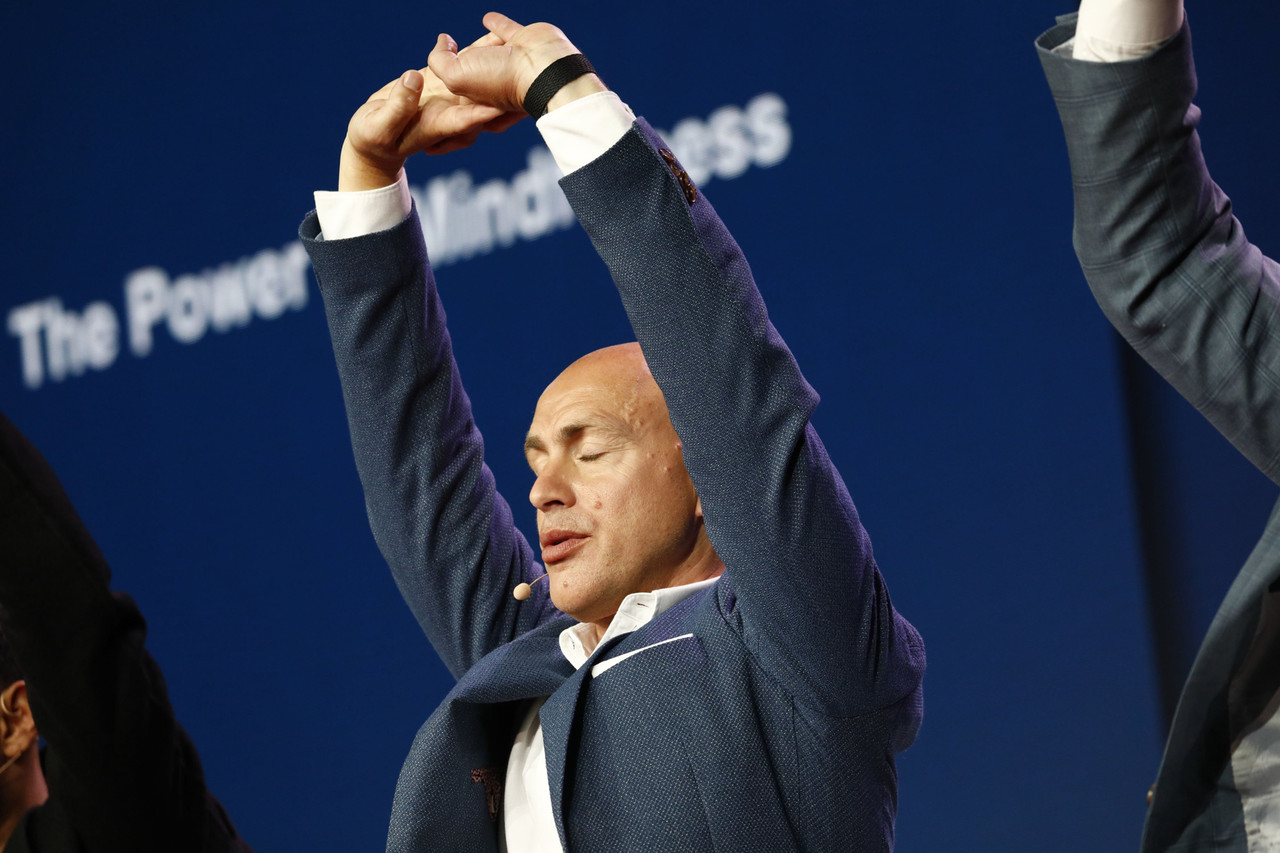 “If you were going to see a psychologist, you’d probably want to know where they trained and qualified. It’s the same with meditation,” Mr. Pierson says. Calm’s founders previously worked in online gaming and advertising.

Both startups are venture-backed, founded by charismatic British guys who moved to California. Both practice what they preach, offering officewide daily meditation sessions. And both apps have been downloaded more than 38 million times, with each hitting 1 million paid subscribers in June, the companies say.

Founded in 2010, Headspace had dominated the meditation category until this year, when Calm caught up.

Calm got a boost from winning the 2017 iPhone App of the Year award from Apple ’s App Store last December.

“Since winning App of the Year, we seem to have a much higher growth rate than they do, and we’ll surpass them from now on,” Calm’s Ms. Wang says.

Calm has topped the category in both downloads and mobile revenue since last December, with revenue through October at $50.7 million, according to estimates from mobile-data firm Sensor Tower. Headspace, now in second place, saw revenue of $34.3 million, according to Sensor Tower. Both offer standard subscription rates of $13 a month. Annual subscriptions cost $96 a year at Headspace and $70 a year at Calm. 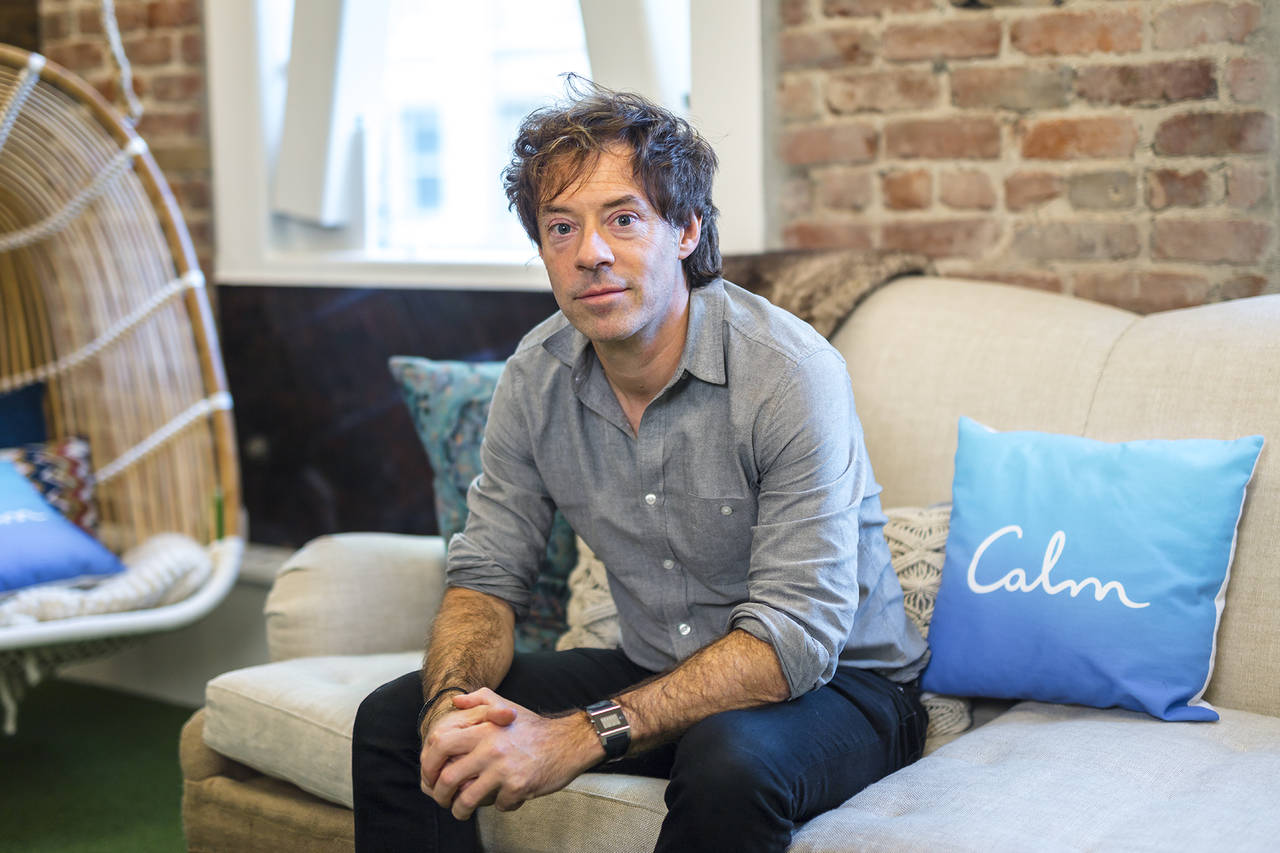 The award is a touchy subject at Headspace. Apple does not reveal its selection methods or criteria.

“I think people are blowing App-of-the-Year way out of proportion,” says Ben Spero, a managing director at Spectrum Equity, a Headspace investor. “It’s good P.R., but it’s not determinative. It’s not that Apple was saying that Calm is a better app—they’re big fans of Headspace, too,” he says, pointing out that the App Store often features Headspace on its landing page. Apple declined to comment on the 2017 award.

The meditation industry—including studio classes, workshops, books, online courses and apps—is worth about $1.2 billion and growing, according to a 2017 estimate by Marketdata Enterprises. Studies show meditation can reduce stress and improve sleep. 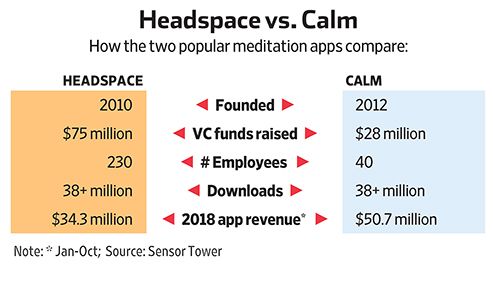 The national meditation rate has tripled over the past five years. The number of U.S. adults meditating is on track to surpass the number of those practicing yoga in the next two years, according to an October report from the Centers for Disease Control and Prevention.

Businesses are eager to help employees tap into their higher consciousness in the hopes that it will improve productivity and reduce stress-related health-care costs. About 22% of companies started offering mindfulness meditation training in 2016, and another 21% planned to add it in 2017, according to a survey by The National Business Group on Health and Fidelity Investments.

All the attention has fueled a digital bonanza, with more than 2,000 new meditation apps launched over the past three years. Headspace and Calm account for about 85% of the revenue generated by the top 10 apps in the category, according to Sensor Tower data.

Headspace uses quirky cartoons to walk the user through meditation sessions, all guided by Mr. Puddicombe. In addition to programs for stress and anxiety, it offers sessions for sleep, work/productivity and fitness.

Calm lets listeners choose from several different meditation teachers and peaceful nature scenes. About half of Calm’s users use it primarily as a sleep app rather than a meditation app, the company says. They tune in to Calm Sleep Stories, which are bedtime stories narrated by actors including Matthew McConaughey, and Calm Music, which offers curated musical playlists. 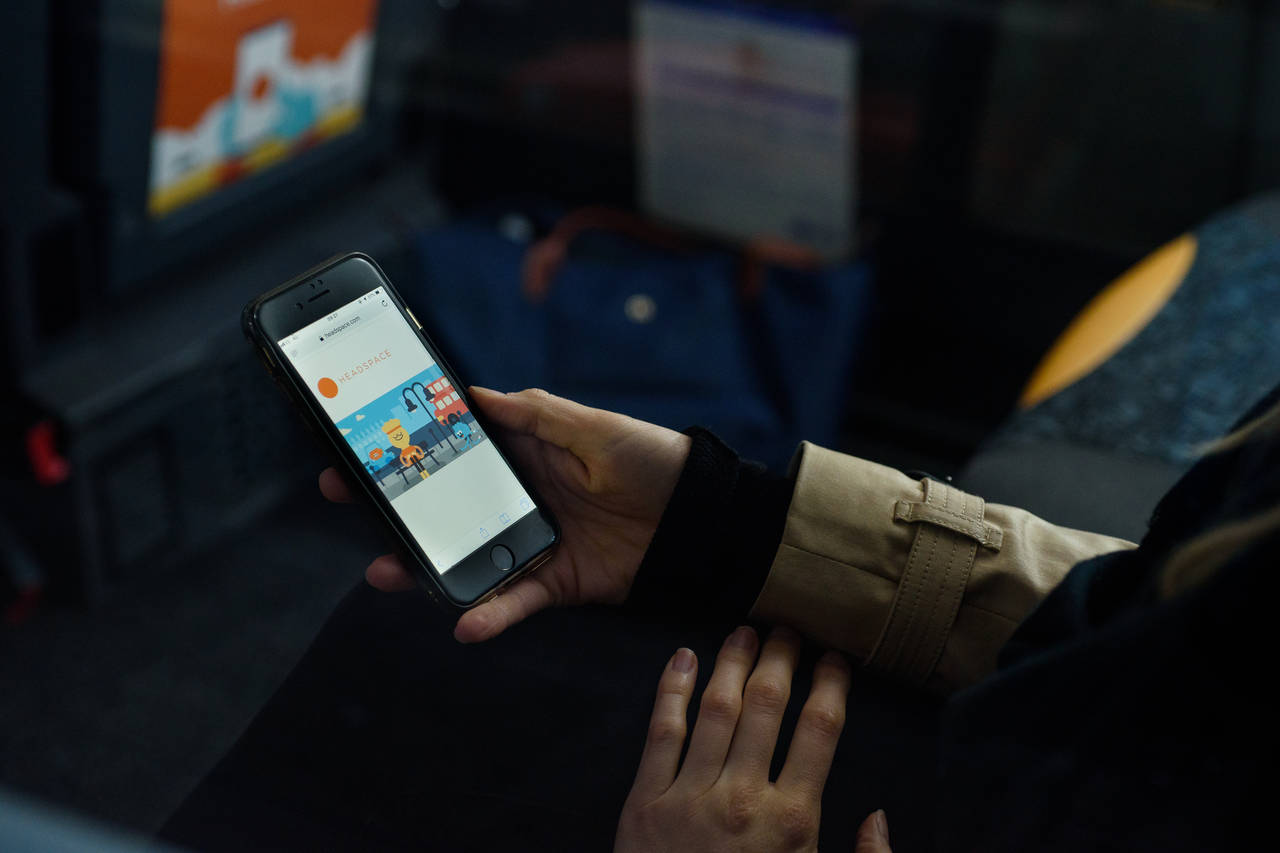 “We’re just fishing where the fish are,” Mr. Hoffman says. Over the past 18 months, he has signed deals with more than 300 companies to integrate Headspace subscriptions into their employee health and wellness benefits, including Unilever , Adobe , Genentech and LinkedIn.

Last March, Headspace announced a deal with the National Basketball Association to become the league’s official mediation and mindfulness partner. It involves branded content, promotions and about 7,000 subscriptions for players and staff, but no money exchanged hands, Headspace says.

“Calm has managed to overtake Headspace because they’ve been laser-focused without getting distracted by the types of vanity partnerships, like with sports teams, that look good in the press but don’t move the needle,” says Harley Miller, principal at Insight Venture Partners, a Calm investor.

Headspace responds that all its partners serve a strategic purpose. Seeing professional athletes practice mindfulness and meditation with Headspace will encourage young aspiring athletes to do the same, Mr. Hoffman says, especially with stars like Kevin Love of the Cleveland Cavaliers and retired league MVP Steve Nash extolling its benefits. (Neither is a paid spokesman.)

“We have the strongest brand,” Mr. Hoffman says, pointing out that morning talk shows and late-night comedy hosts regularly turn to Headspace’s Mr. Puddicombe to teach viewers about meditation.

Early reluctance aside, Calm is expanding into the corporate arena, often on the heels of its biggest competitor.

“Companies will approach us and say, ‘We got this offer from Headspace, do you guys want to put in an offer as well?,’ ” Calm’s Ms. Wang says. “It’s working out great for us. We don’t need to be the ones making the cold calls to win these projects.”

PricewaterhouseCoopers and Samsung were among Calm’s first corporate clients.

In October, American Airlines became its first airline partner. (Headspace already has content deals with 11 airlines, including JetBlue , Delta and United.) Calm’s soothing nature videos will play on all seat-back screens during boarding, putting the brand in the faces of more than 200 million passengers a year, according to the carrier.

Headspace isn’t taking this lying down. Its Headspace Health division is currently seeking Food and Drug Administration approval to become the first prescription meditation app for certain chronic illnesses. FDA approval would pave the way for Headspace programs to be covered by health insurance.

Calm’s leadership team is focused on achieving mass mindfulness, and on victory.

“We’re both growing the sector. This is such a huge market, there’s going to be room for a few different winners,” Mr. Acton Smith says. “We want Calm to be the number one, of course—and we wish the others the best for second place.”

Corrections & Amplifications
Calm’s deal with American Airlines will put the company’s nature videos before more than 200 million passengers annually. An earlier version of this article incorrectly estimated the figure as 800 million. (Dec. 15, 2018)