Apple Computers Used to Be Built in the U.S. It Was a Mess. 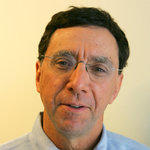 In 1988, when Jean-Louis Gassée took a close look at Apple’s “highly automated” Macintosh factory in Fremont, Calif., what he saw was not pretty.

Mr. Gassée, a French specialist in office automation, had just been promoted to president of Apple’s product division by John Sculley, then Apple’s chief executive, and was responsible for the company’s engineering and manufacturing work. When he first started, Mr. Gassée decided to spend two days learning how the company actually built its products by working on a factory production line.

His experience assembling a Macintosh computer display and then stuffing chips into a computer motherboard is an important part of the story behind the artful language on the iPhone box — “Designed by Apple in California. Assembled in China.”

After Apple announced a large new campus in Austin, Tex. — creating as many as 15,000 jobs, none of them expected to be manufacturing — it’s worth looking at the company’s flirtation with advanced manufacturing in Silicon Valley in the 1980s. Apple’s co-founder, Steve Jobs, had an abiding fascination with the tradition of Henry Ford and the original mass manufacturing of automobiles in Detroit, as well as the high-quality domestic manufacturing capabilities of Japanese companies like Sony. But his efforts to replicate either in California were examples of his rare failures.

In 1983, Mr. Jobs oversaw the construction of a state-of-the-art plant where the new Macintosh computer would be built. Reporters who toured it early on were told that the plant, located just across San Francisco Bay from Apple’s headquarters, was so advanced that factory labor would account for 2 percent of the cost of making a Macintosh.

“Steve had deep convictions about Japanese manufacturing processes,” recalled Randy Battat, who joined Apple as a young electrical engineer and oversaw the introduction of some of the company’s early portable computers. “The Japanese were heralded as wizards of manufacturing. The idea was to create a factory with just-in-time delivery of zero-defect parts. It wasn’t great for business.”

What Mr. Gassée found several years after Mr. Jobs was forced out of the company, was that the reality of manufacturing was different than the personal computer pioneer’s original dream.

“I embarrassed myself attaching a display to the computer bezel with a screwdriver,” Mr. Gassée recalled in a recent interview. At the end of his shift, Mr. Gassée grabbed a broom and swept up the parts that had fallen off the production line. “It was really shameful,” he said of the noticeably slipshod process.

Ultimately, the Macintosh factory closed in 1992, in part because it never realized the production volume that Mr. Jobs had envisioned — such sales numbers for the Mac would only come later.

So, the story of Silicon Valley’s success turned out to be the ability of a company like Apple to devise manufacturing supply chains that stretch all the way around the globe, taking advantage of both low-cost labor and lax environmental regulations.

“We don’t have a manufacturing culture,” Mr. Gassée said of the nation’s high-technology heartland, “meaning the substrate, the schooling, the apprentices, the subcontractors.”

It took Mr. Jobs a bit longer to grasp that idea, however.

In 1990, just a mile and half from where he had built the original Mac factory, he created another $10 million one to manufacture his Next Inc. personal workstation. Like the early Macintosh, however, he was never able to make flashy jet-black Next machines in quantities to support a Silicon Valley-based assembly operation.

That failure taught Mr. Jobs the lesson. He returned to Apple in 1997, and the next year, he hired Tim Cook as Apple’s senior vice president for worldwide operations. Mr. Cook had mastered the art of global manufacturing supply chains, first in IBM’s personal computer business and then at Compaq Computer.

Apple, like many companies in Silicon Valley, had begun outsourcing manufacturing early on. Not long after Silicon Valley emerged in the 1970s, labor-intensive assembly, such as the process of fabricating semiconductor chips, was moved to Asia, to countries with progressively lower labor costs. That trend only accelerated as the company grew.

“When I started my career, all my flights were to Japan,” said Tony Fadell, one of the hardware designers of the iPod and iPhone at Apple. “Then all my flights went Korea, then Taiwan, then China.”

The challenge today is that an enormous manufacturing ecosystem is required to make products for mass markets, and that ecosystem has largely moved to mainland China, where some 450,000 people have worked at a single iPhone plant.

In the early 1990s, when Andrew Hargadon was a product designer at Apple with a portable computer called the Macintosh PowerBook Duo, the ecosystem had already moved to Asia. He worked with a complex web of suppliers.

“You can’t bring manufacturing back because of those webs, you would have to bring the entire community back,” said Mr. Hargadon, who is now a professor of technology management at the Graduate School of Management at the University of California, Davis.

When Mr. Jobs fell ill and had to take a leave of absence in 2009, he appointed Mr. Cook as the company’s future chief executive. It was a significant statement about the nature of Silicon Valley and what the mature computing industry there looked like. The dream of manufacturing computers at scale in California was basically abandoned.

Through the 1980s and 1990s, there were many people who predicted the manufacturing flight would mean the death of Silicon Valley.

“When I started doing research, I begun looking at the chip companies that were moving to low-cost manufacturing regions in the U.S.,” said AnnaLee Saxenian, the dean of the School of Information at the University of California, Berkeley, and the author of “Regional Advantage,” an early analysis of Silicon Valley’s success. “Their executives told me that Silicon Valley is going to die because it's too expensive. I wrote my book because I was basically trying to explain why Silicon Valley was different.”

Indeed, the offshoring of manufacturing jobs didn’t kill the Valley; the region became the world’s leading industrial and software design center. But unlike Detroit’s automotive model of the mid-20th century, relatively few middle-class jobs were created, and the region is marked by a vast concentration of wealth in the upper, white-collar reaches. Hourly workers routinely commute more than 100 miles to their support-staff jobs in the Valley, $100,000 Teslas are a common sight and the median price of a home in Fremont — the former site of Mr. Jobs’s ill-fated factories — is $1.1 million.