The Last Days of Rookie 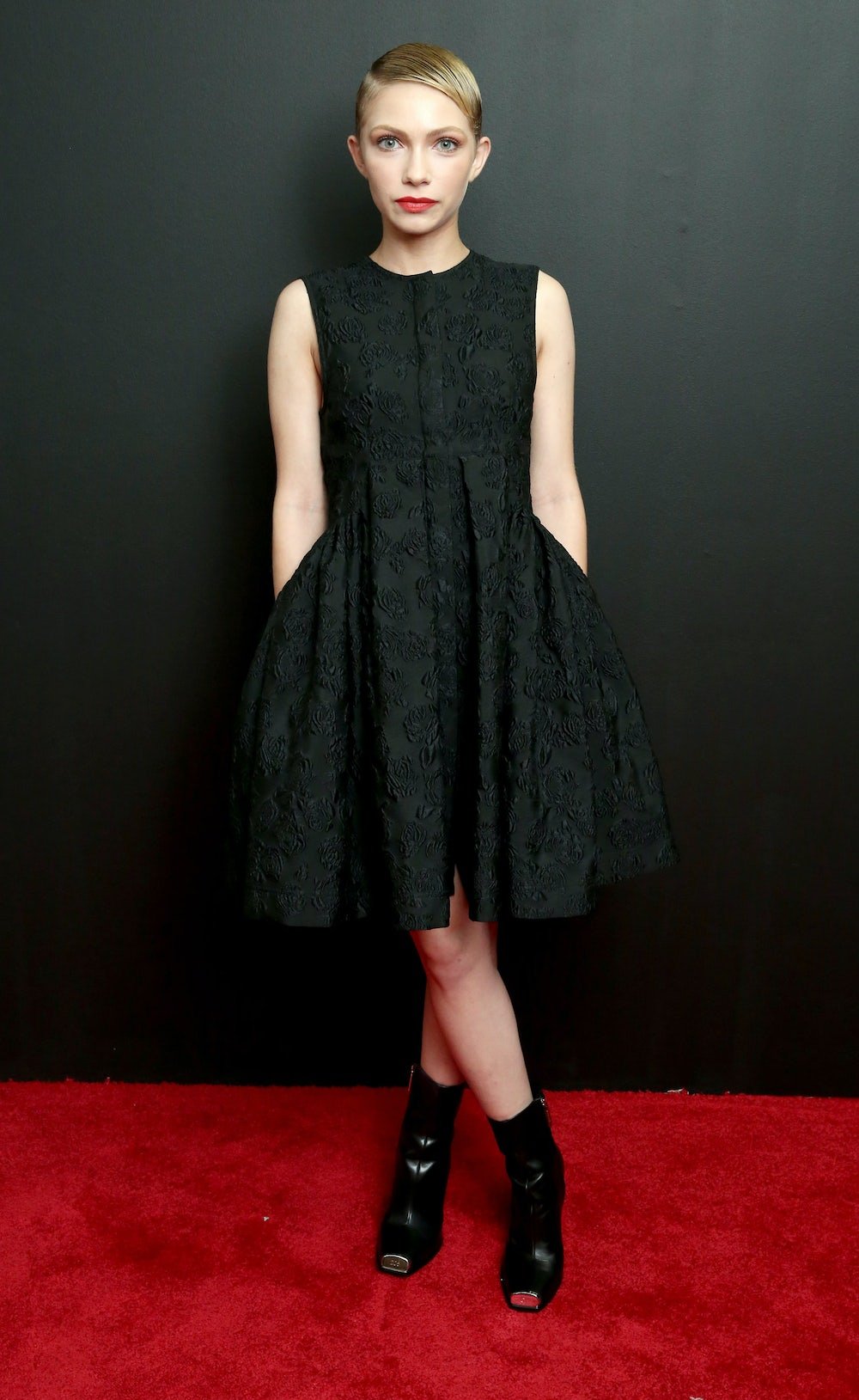 On the last day of November, Tavi Gevinson announced that Rookie, the online magazine for teenage girls she launched in 2011, was shutting down. Cast in the mold of Jane Pratt’s Sassy, the heirless teen magazine that folded in 1996, Rookie was a destination for young readers, writers, and illustrators of a new generation. In categories like “Friendship” (on nonromantic relationships), “Eye Candy” (artwork), “Tech” (life online), and “Live Through This” (memoir), Rookie’s content was vulnerable, voice-y, and idiosyncratically visual. It was, above all, unique—and that has turned out to be part of its undoing.

In her ode to the publication this week, Rookie writer Hazel Cills noted that the “culture made for teenage girls seven years ago” was very different from the culture we know today. “Taylor Swift was on the radio singing about how important it was to save your virginity,” while Teen Vogue cared only for famous-for-nothing ciphers. The people on television were “too hot, too white, too thin,” Cills wrote, “and it didn’t seem like young people were having critical conversations about diversity and politics the way we are now.”

Rookie helped change those standards, foregrounding complex essays on matters like how to have sex and the racial politics of loving Weezer. In her final editor’s letter, Gevinson said there were many reasons she decided to shutter Rookie, in what reads like a dissertation on the state of digital media. “In one way,” she wrote, “this is not my decision, because digital media has become an increasingly difficult business, and Rookie in its current form is no longer financially sustainable.”

Rookie in its demise has joined The Awl, Grantland, and The Toast. They all shared a business model that was based on hand-cut advertising deals (or private cash, in The Toast’s case), a model that lost out to the new wave of programmatic advertising. In that sense, the end of Rookie represents another nail in the coffin of small, independent internet publishing. But in another sense, it is an object lesson in how voraciously creative writing is being absorbed by the online marketplace. Maintaining a publication’s integrity in that environment is an exhausting challenge. “I’m really so glad it’s not my problem anymore,” Gevinson told me.

In its approach to teen life, and in the style of writing it fostered, Rookie has influenced the language of both women’s media and women’s marketing. Once its business model went bust, that left Gevinson in a bind: Scale up, and turn Rookie into the kind of conglomerate money-spinner that imitated her style in the first place, or call it quits, and see what life is like after publishing. Her conundrum raises the question of whether anything original can endure online when it can so easily be imitated and absorbed—when everything becomes copy.

Although a number of excellent editors shaped its product, Rookie has always been Gevinson’s project. Call it the auteur model of publishing. “I never wanted Rookie to just be my thing,” she told me on a recent morning in New York, “and it was never totally synonymous with my beliefs or tastes, because there were hundreds of people writing for it.” But it ultimately proved impossible to spin the brand off in a satisfying way, which Gevinson discovered when she went through a fundraising process to see if Rookie could evolve under new ownership. “What I was trying to write about,” she said of her editor’s letter, “was the conflict between being an artist and being a brand; or being an artist and being a voice for people; or being a writer and being a CEO.”

The tension between Gevinson’s personal brand and her creative products has long been a source of fascination in the media. She was profiled by The New Yorker at the age of fourteen, and by The New York Times at the age of fifteen, when she was best known for her fashion blog Style Rookie. For industry watchers seeking a handle on the nebulous trends that govern digital media, Gevinson has always stood for several things: new hopes for the blogosphere, which had been altered by the rise of video and the arrival of Twitter; media’s perpetual, ravening appetite for prodigies; and the need for new aspirational icons in a world of interchangeable celebrities.

The most explicit overlap between Gevinson and her brand was her former residency at 300 Ashland, a building she was (in some undisclosed way) remunerated to inhabit by a New York developer, a controversy that seemed to imply a wobbly ethics undermining her editorial purity. But in our interview, Gevinson was frank about her income from Instagram, which exceeded her revenue from Rookie. It is also worth keeping in mind that she is all of 22 years old. The conversation partner is rare who will get deep and nerdy about the business of women’s media, and Gevinson had a great deal to say about sponcon, marketing-speak, and the psychology of running a very personal business.

In the case of Rookie, the tie between the artist and the brand was not just the magazine’s distinct visual appeal—often collage-based, in the style of a teenager’s bedroom wall—but also its language. Its advice columnists took readers’ existential questions very seriously, while also being hilarious about hats. That mixture of sincerity and off-kilter humor was an example of the best of mid-2010s internet vernacular, and the site’s sensibility was attributed to Gevinson herself. But an authentic voice is a very fraught proposition in contemporary publishing, where native advertising and lifestyle branding can hew very closely, and sometimes imperceptibly, to heartfelt essays by women of all ages. It can turn mission-driven journalism into marketing.

“There was the option of re-thinking [Rookie] entirely as a whole new thing, like a mentoring app or something,” Gevinson said. “And then there was just expanding it as it was, and that would have involved events, merch, a lot more content, more books.” There are publications out there with business models that could have worked for Rookie, Gevinson said. But she had no interest in turning Rookie into “a huge multi-faceted brand. A lifestyle brand.”

Gevinson’s tussle with media’s venture capital topography speaks to the difficulty now facing young writers. Rookie helped to define a kind of intimate and playful “voiciness” in online writing—funny horoscopes, grief counseling, and printable coloring pages, all in the same space—that has now spread across platforms as various as mattress startups, Instagram, and conglomerate media, like the Condé Nast-owned site Them. There are now countless business guides to building an online lifestyle brand community, and the essential message is: “Build Rookie, but use it to sell things.” It has gotten harder to tell what is “real” writing, and what is designed simply to generate revenue.

In some cases, Rookie-style content has simply moved. “Sometimes on The Cut or Elle or Glamour, or one of those, I see things that feel like could have been on Rookie,” Gevinson said. She also pointed out that teen writing will likely flourish with or without well-funded platforms. “A lot of people, at least who I talk to at Rookie events—young teens—have blogs,” she said. “I think in media-world, we say, ‘Oh, blogs are over, no one has a blog anymore, or no one reads them.’ But that doesn’t mean that a whole new generation of people aren’t interested in writing, and chronicling their lives in a deeper way than is maybe possible on social media.”

But Gevinson sounded disillusioned, even frustrated, when we talked about the more cynical women’s media enterprises—the Refinery29s and Bustles of the world. “Other people already capitalized on and monetized what we did,” she said.

The difficulty with trying to keep Rookie alive through venture capital money was that she had to face down precisely the people who want to use her voice to sell things, but seemed to have no insight into that ouroboros dynamic. “I’m just so relieved that I don’t have to sit across from another person who says something like, ‘I’m a storyteller at heart,’” she said. “What? You are? I thought you were a venture capitalist. I thought you were the CEO of a startup.” Pushing products is not the same as publishing. “If you were a storyteller, you’d be telling stories.”

Perhaps Rookie was just intrinsically stuck at a small size, because you can’t scale voice-driven intimacy into a big brand without losing the authenticity behind it. If it had become massive, Rookie would have turned into a catalog, not a magazine.

Gevinson is now acting and working on a book. She’s looking forward to reading more and has three stacks of books next to her bed. Elena Ferrante is there, along with some childhood books she wants to return to: To Kill a Mockingbird, The View From Saturday by E. L. Konigsburg.

For readers who loved Rookie and The Hairpin and The Toast, the loss of those publications and the rise of lifestyle-branded journalism has been distressing. But youth media is inevitably generational: Each round of smart young people has to reinvent the form for themselves. “There are a lot of people saying, ‘This is so sad. I read it every day,’” Gevinson said. “But there are also a lot of people saying, ‘I’m sad to hear this because it helped me a lot when I was growing up.’ And I feel like that is also an indication the time has come. Rookie was partly inspired by Sassy. And maybe someone else will be inspired by Rookie and make something better and smarter.”

There is no avoiding the reality that Rookie succeeded in part because it was so tethered to Gevinson as an individual. What happens when your personal brand becomes appropriated—not just by inspired readers (which is partly the point), but by a money-starved industry desperate for the key to a girl’s heart? The worst-case scenario is that the “bullshit becomes so acceptable and insidious that we notice some bullshit but not all,” Gevinson said. She sounded genuinely exhausted when we spoke—not burned out creatively, but just tired. The problem with editing good long-form writing, we agreed, is that there is no way to speed it up. “There really isn’t,” she said. “You have to have room for surprises and tangent.” It will be up to new writers to find the means and the space to do that laborious work. But Gevinson is optimistic: “There will always be young people making what they need for themselves.”

This article has been updated to remove comments that were provided off the record.