The first ‘real world’ 5G test was a dud

This week’s Qualcomm Snapdragon Technology Summit was supposed to be the coming-out party for blazing-fast 5G cellular networks — the first time that journalists would be able to see real, consumer 5G devices running on real 5G networks from Verizon and AT&T.

That’s only partially true. A handful of 5G devices are here on the beautiful island of Maui. But journalists aren’t being allowed to try 5G in any meaningful way. They can’t touch working versions of the Samsung phone, or the AT&T hotspot, or the Verizon hotspot, or run an actual speed test on Motorola’s 5G modded phone. There are demos, like a VR headset plugged into a computer connected to Wi-Fi that’s also technically 5G, but we can’t peer behind the curtain to verify that 5G is actually working.

Why the cloak and dagger? It’s because the networks aren’t anywhere near as fast as 5G is supposed to be. They’re slower than the Comcast internet connection I have at home.

While Qualcomm’s newly announced Snapdragon 855 processor will theoretically be capable of multi-gigabit speeds, and even today’s most LTE networks can cross 400Mbps in some areas, the single 39GHz millimeter wave 5G network here in Maui is currently running at a measly 130-140Mbps, network provider Ericsson tells The Verge.

Ericsson set up the network for both Verizon and AT&T here in Maui, and Ericsson representatives for each network told me the same thing: Because they threw together a network here with just 100MHz worth of spectrum, and only a few days to test and optimize it, the speeds aren’t what they should be.

These 5G networks should have more like 400 to 800MHz worth of spectrum in the real world, says one Ericsson rep. As the devices are able to latch onto more of that spectrum simultaneously, both speeds and latency should improve, said another. 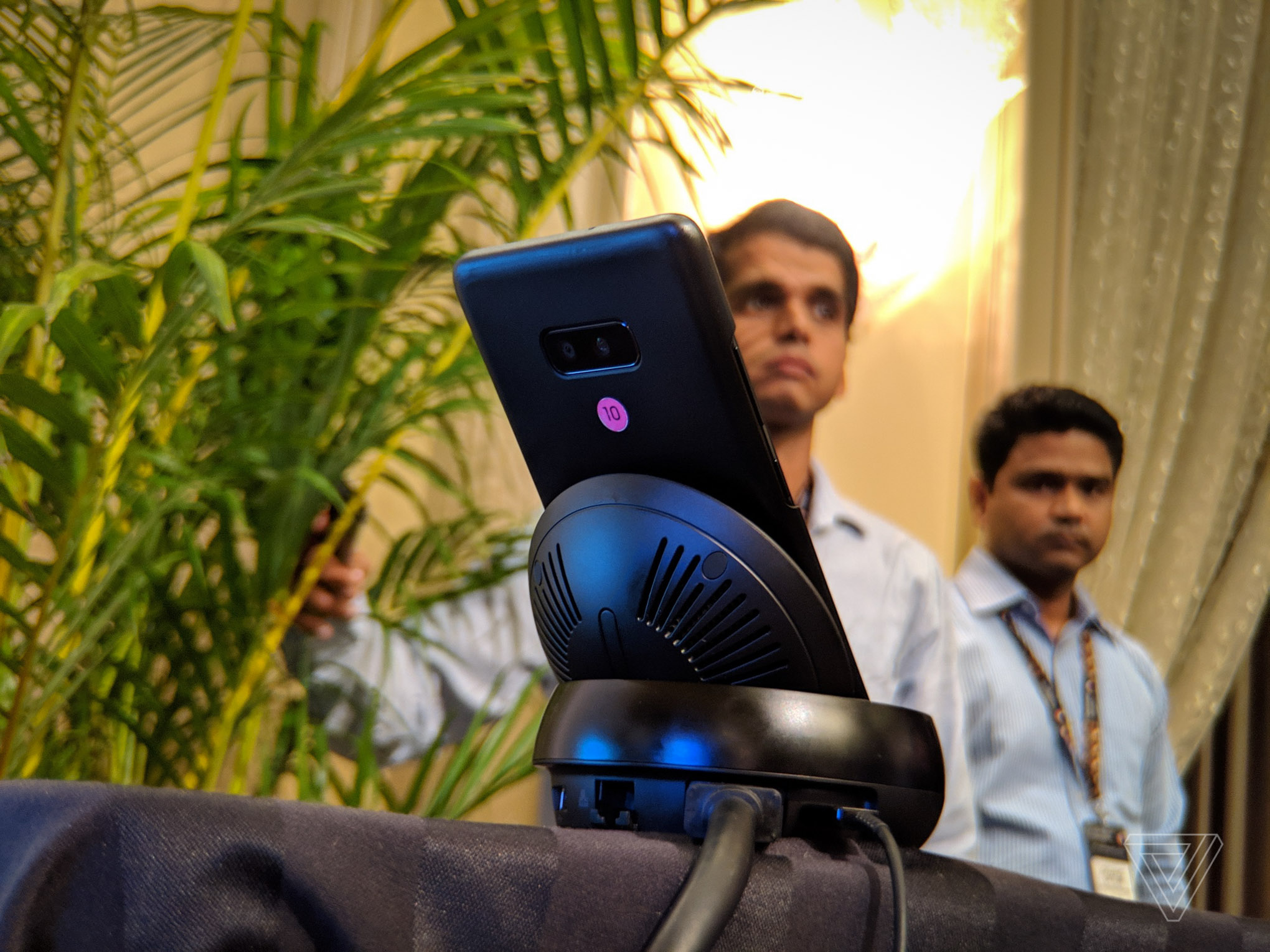 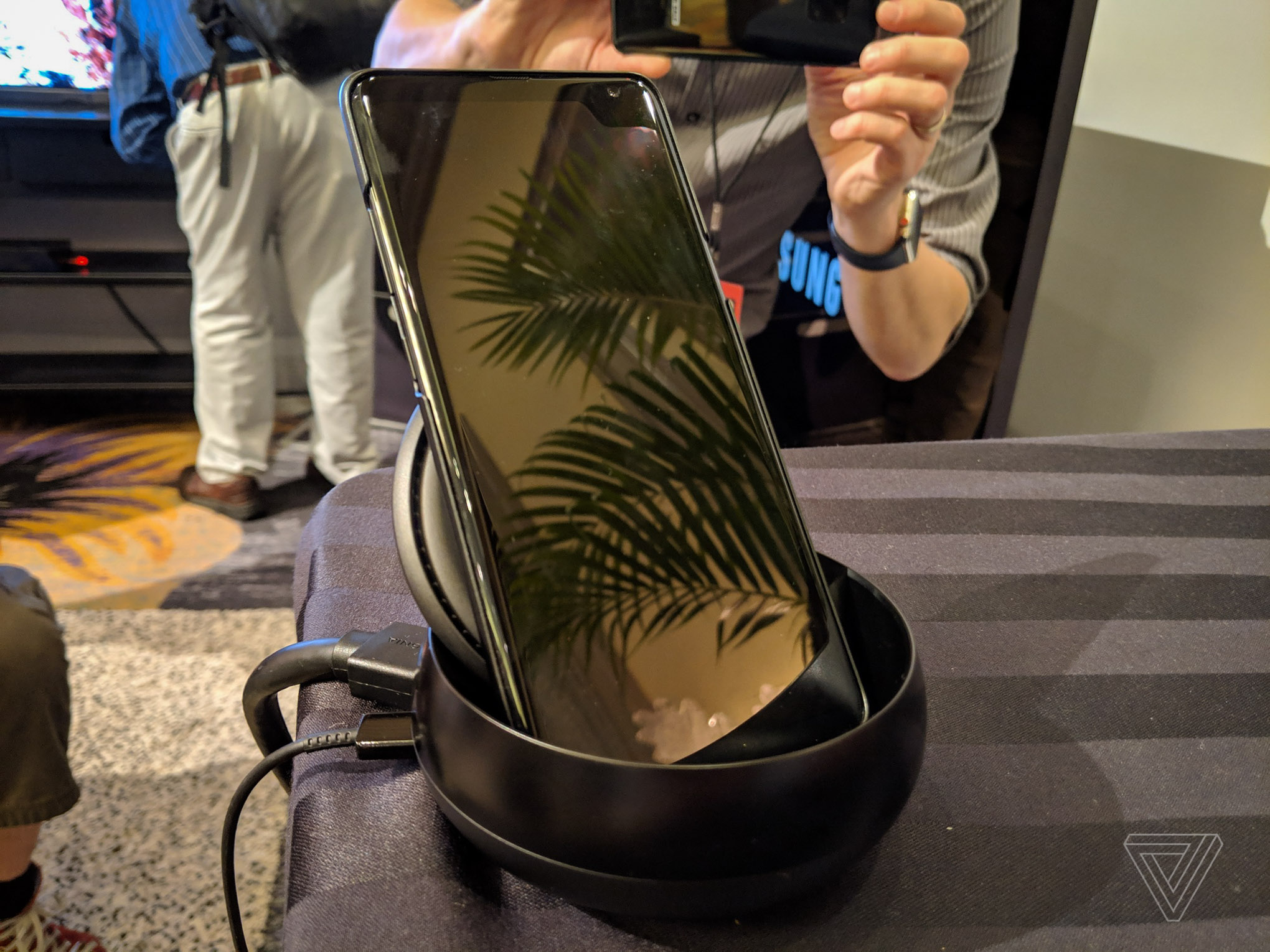 Samsung’s 5G proof-of-concept phone has an unusual notch, but we weren’t allowed to touch it or turn it on, and Samsung declined to prove it was streaming video over the 5G network.
Photo by Sean Hollister / The Verge

To AT&T’s credit, it’s not trying to hide the slow speeds. “I’ll tell you straight up that the speeds aren’t as eye-popping as I’d like them to be,” AT&T assistant vice president of mobile broadband Glenn Couper tells me, before confirming the 130-140Mbps speeds.

But Netgear, which is providing AT&T’s first 5G mobile hotspot, suggested you might not see those gigabit-plus speeds everywhere at launch. “It varies market to market — some markets they may have a couple hundred megabits of bandwidth in the 39GHz, others can go all the way up to 5Gbps,” he says.

None of the other 5G-hopeful companies at Maui contests that the speeds are slow here on the island. Each one also independently offered a very similar comment, suggesting that they’d been prepped in advance for this very question.

And each company also pointed me to the multi-gigabit speeds they’d previously claimed they’d seen in behind-closed-door demos as proof that things will be better in the real world.

Now, you might be wondering — what about the journalists who claim they saw upwards of 470Mbps on Verizon’s 5G Moto Mod, like PC Mag’s Sascha Segan? Motorola, too, has confirmed to The Verge that speeds were limited to 130-140Mbps here on Maui, so those numbers don’t add up. We spoke to Motorola, which claims that “compression” may have affected its demo. Here’s our new story all about Motorola’s misleading demo.

Maui was supposed to be the real-world test, or so we thought. With just four weeks left before AT&T is scheduled to launch its 5G network in the United States, we can’t yet bring you first-hand proof that 5G is actually delivering on its promise of speed.

Photography by Sean Hollister / The Verge