The Kremlin website has gone down days after the US warned of a cyber attack against Russia.

The websites of the Government, Prime Minister, Roskomnadzor and other state departments were not opening on Wednesday morning.

It comes after reports the US was preparing a retaliation cyber attack against Russia.

White House officials told the New York Times that the first major move is expected over the next three weeks and that the Government was planning a ‘series of clandestine actions across Russian networks’.

Sources said the actions would be less evident to outsiders but would send a clear signal to President Vladimir V. Putin and his officials.

They added that cyber attacks could be combined with more economic sanctions.

President Joe Biden is also expected to sign an executive order to strengthen government networks to crack down on the escalating cyberconflict.

US security officials concluded in January that Russia was likely involved in widespread SolarWinds Orion attacks that affected many government agencies and private firms.

White House press secretary Jen Psaki confirmed to CNBC that the Government is preparing to take ‘a mix of actions seen and unseen’ in response to attacks from Russia.

She did not provide any details, telling the news channel: ‘We will not publicly discuss certain aspects of our response.’

Russia has rejected accusations that it had any involvement in cyber attacks against the US.

On Tuesday it warned the Biden administration against their retaliation plans. 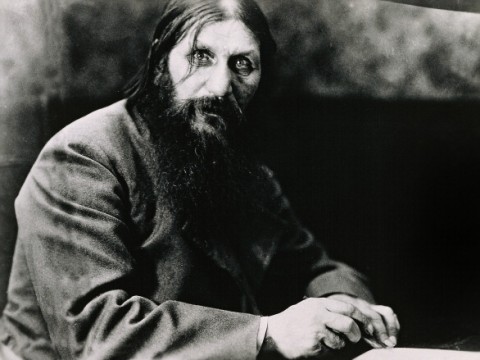 Rasputin myths busted: Murder, height, and where is his penis?

‘This is nothing more than international cybercrime’, Dmitry Peskov, a spokesman for the Kremlin told reporters.

The SolarWinds hack was uncovered in December and was the largest attack the US Government has suffered in years.

The software – called Orion and made by a company called SolarWinds – looked for outages in computer networks. By compromising it, intruders gained access to top-level, classified information, including internal emails at top government organisations.

News the US was preparing action against Russia came after it suffered another huge cyber attack linked to hackers in China.

A source familiar with the US government’s response said more than 20,000 organisations were compromised through the attack on Microsoft’s Exchange email software.

Microsoft executive Tom Burt revealed the breach in a blog post last week and announced updates to counter security flaws which he said had allowed hackers to gain access to email servers.

The White House described the hack as an ‘active threat’.

Get in touch with our news team by emailing us at webnews@metro.co.uk.

For more stories like this, check our news page.