Over 100,000 thousand computers in China have been infected in just a few days with poorly-written ransomware that encrypts local files and steals credentials for multiple Chinese online services.

The crooks demand the victim a ransom of 110 yuan ($16) in exchange for decrypting the files, payable via Tencent’s WeChat payment service by scanning a QR code.

A report from Chinese security firm Huorong, the malware, dubbed ‘WeChat Ransom’ in some reports, emerged on December 1 and the number of infected systems has grown to over 100,000 as of December 4.

The infection rate seems to have accelerated in one day, rising to the above number from just 20,000 yesterday.

The researchers say that the malware author used the Chinese social networking service Douban to send out commands. After analyzing the malware, they were able to access two servers used for storing data and found on one of them over 20,000 passwords for Taobao and Alipay accounts.

Credentials for other services are also targeted by the malware as it hunts for login information for Tmall, Aliwangwang, Alipay, 163 Mailbox, Baidu Cloud, Jingdong, and QQ.

According to information from Tencent, the malware propagated through a compromised popular application designed to manage multiple QQ accounts at the same time. Additional data reveals that the malware author poisoned at least 50 applications to spread the ransomware.

Telemetry data showed that a large part of the victims did not have a security solution installed on the system. This explains the sharp rise of infections despite security companies issuing warnings about the threat since its outbreak at the beginning of the month and updating their antivirus products to block it.

Chinese security companies analyzing the malware agree that it is far from a complex threat that can be easily defeated.

Although it claims to delete the decryption key if the victim fails to pay the ransom by a certain date, file recovery is still possible because the key is hardcoded in the malware.

The simplicity of the file encryption (XOR, not DES as the author claimed in the ransom note) also made it possible for decryption tools from several security companies including Qihoo, Tencent, and Huorong to become available.

Experts from Huorong examining this ransomware string found some details that could lead to identifying and apprehending the malware author.

They discovered a name, a mobile phone number, a QQ account, and an email address that could help police catch the crook. Using the info present in the malware code, the researchers ran a domain lookup and found additional details that connected the dots and possibly leading to the identification of the author. 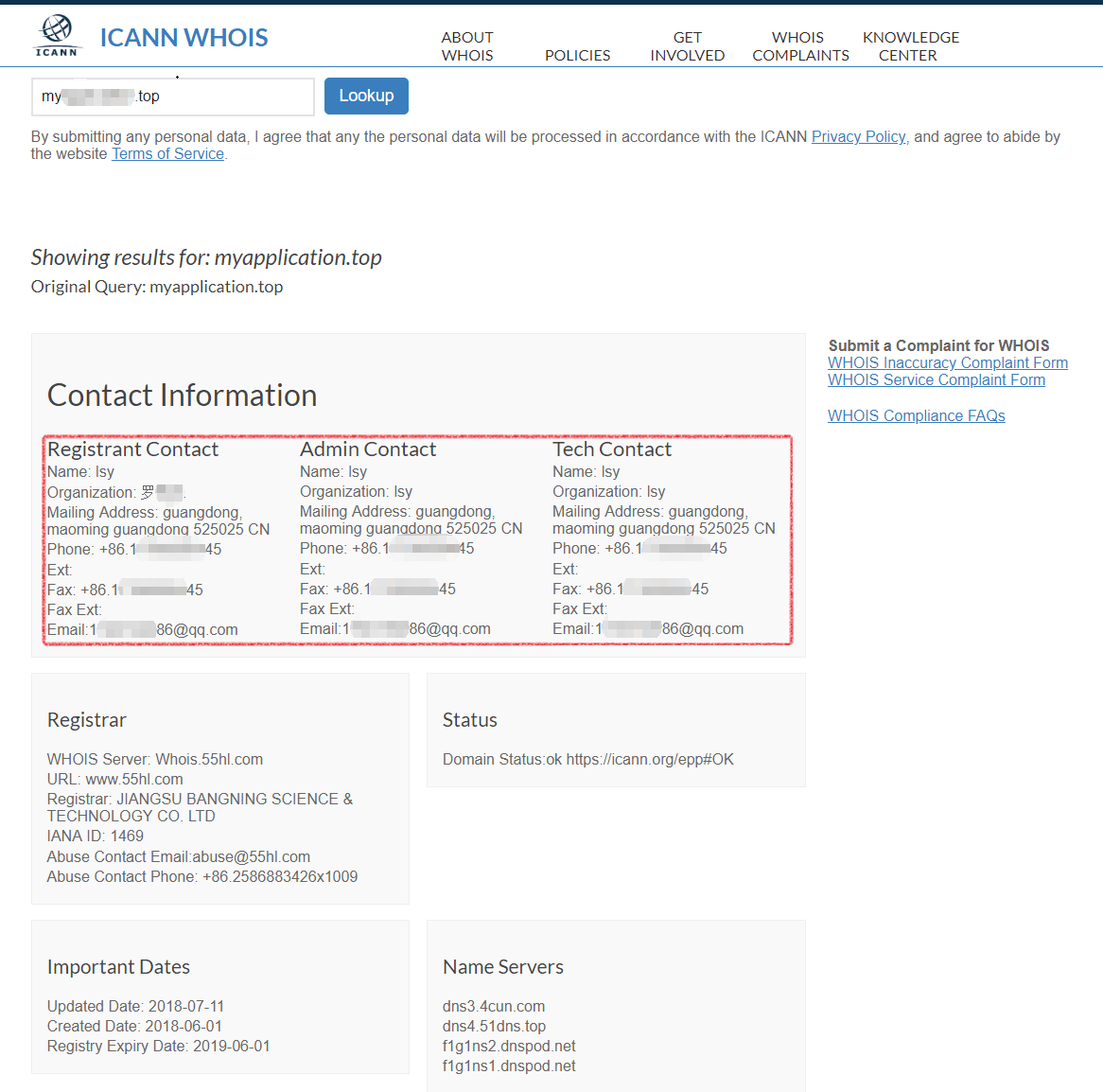