Auto theft on the rise in Toronto area, and a security expert thinks he knows why | CBC News

In late August, Sean Panchal and his wife had just settled down to relax after putting their newborn to bed when they saw car lights through the curtains of their Danforth-area home in Toronto.

At first, they thought it may be another car going by.

Later, they discovered someone had hopped into their Toyota RAV4 and driven away.

"I sort of went outside to see if I could see anything or see which direction they went, and that was essentially it," Panchal said.

Later that week, police found the car in a Scarborough parking lot with the plates and all of the vehicle's contents, including two strollers and a car seat, removed.

Panchal did get his car replaced through insurance, but months later, he still wonders how the thief got inside. 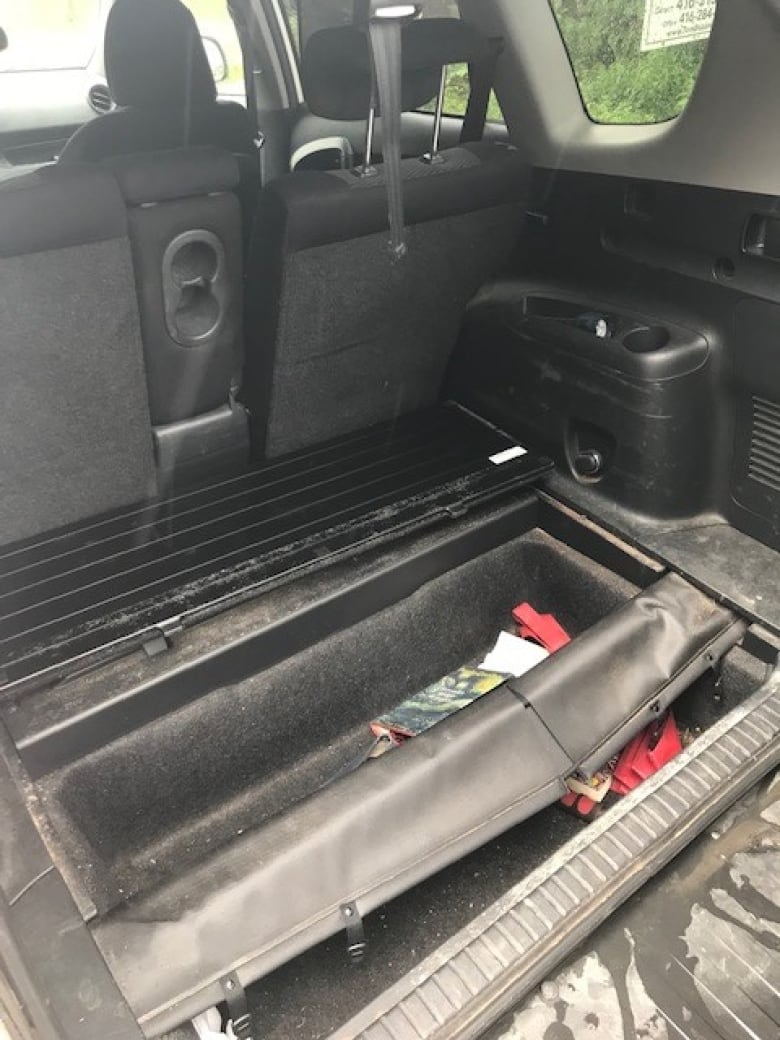 Panchal says the thieves completely emptied his car before dumping it in a Scarborough parking lot in suburban Toronto. (Sean Panchal)

According to Markham automotive security specialist Jeff Bates, owner of Lockdown Security, wireless key fobs have a role to play in many recent car thefts, with thieves intercepting and rerouting their signals — even from inside homes — to open and steal cars.

"We've seen it anecdotally through some of our clients that have come in that have some new vehicles that surprisingly have gotten stolen," he said.

Bates said the spike is so great, a local Toronto car dealership selling new Lexus vehicles asked his company to install tracking systems on all high-end SUVs because so many of their vehicles are being stolen.

One of his customers, who came from the dealership, had his car stolen three times by thieves rerouting the key-fob signal, according to Bates.

The increased need for Bates's security services comes as police are seeing a spike in auto thefts across the GTA.

In Toronto, they're up 30 per cent compared to this time last year. The Toronto Police Service couldn't provide a representative to speak about the rise, but told CBC Toronto they'll hold a news conference on high-end vehicle thefts this week.

In Durham, auto thefts are up 16 per cent this year, and in Halton, there have been 517 cases so far this year, compared to 490 in total last year. 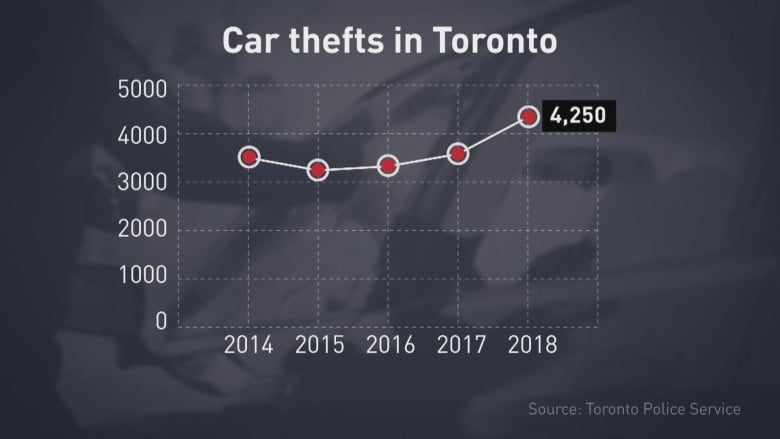 Police in Peel and York regions did not have their 2018 auto theft data readily available.

According to Bates, many of these thieves are using a method called "relay theft."

Key fobs are constantly broadcasting a signal that communicates with a specific vehicle, he said, and when it comes into a close enough range, the vehicle will open and start.

"The way that the thieves are getting around this is they're essentially amplifying that low power signal coming off of the push start fob," he said.

"They will prey upon the general consensus that most people are leaving their key fobs close to the front door of their home and the vehicle will be in the driveway."

The thief will bring a device close to the home's door, close to where most keys are sitting, to boost the fob's signal.

They leave another device near the vehicle, which receives the signal and opens the car.

Many people don't realize it, Bates said, but the thieves don't need the fob in the car to drive it away. 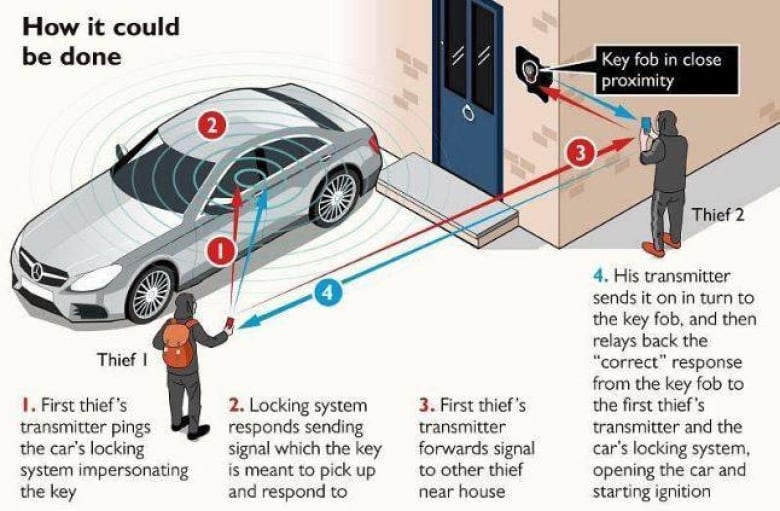 "The vehicle will continue running in perpetuity until it runs out of gas or until you shut it down," he said.

"They do that for safety so that if you lose the key fob or if it loses signal the vehicle doesn't shut down while you're driving, but that right there is part of the vulnerability."

Panchal said he isn't sure thieves used this method to take his car, but he didn't see any signs of forced entry after it was recovered.

Sebastian Bielawski posted this video in July after waking up to find his Lexus RX 350 2017 had vanished from his Oakville driveway. He believes he's the victim of a relay theft. 0:37

How to protect your vehicle

According to Bates, the automotive industry made a trade-off when it started creating push-start fobs, putting convenience ahead of security.

Some manufacturers are working to fix the fob vulnerabilities, but there are ways vehicle owners can protect themselves.

The first tip, Bates said, is to not keep your keys by the front door.

"If you do live in a house, try to leave your keys either upstairs or … as far away from the vehicle as possible," he said.

"The other thing that you can do is there are products out there that you can put your key fob into," such as a faraday cage — a box used to block radio signals — a key pouch, which works similarly, or even a steel box.

Bates said it's important to look at solutions, considering more and more vehicles are being equipped with remote start fobs.