A few friends and I chat about stocks, share ideas, and encourage each other. A few months ago, I realized we needed some automation to help us find winners. I chose to use a serverless solution to build this system.

There are many good stocks and finding them takes time. We can find them by reading articles, using stock tools, getting tips from Twitter, and many other ways. With so many ways to find stock candidates, we needed to define the process.

We decided FinViz.com was a good source to start our automation. One of our team members is a good stock analyst. He created a screener that we used for a long while. 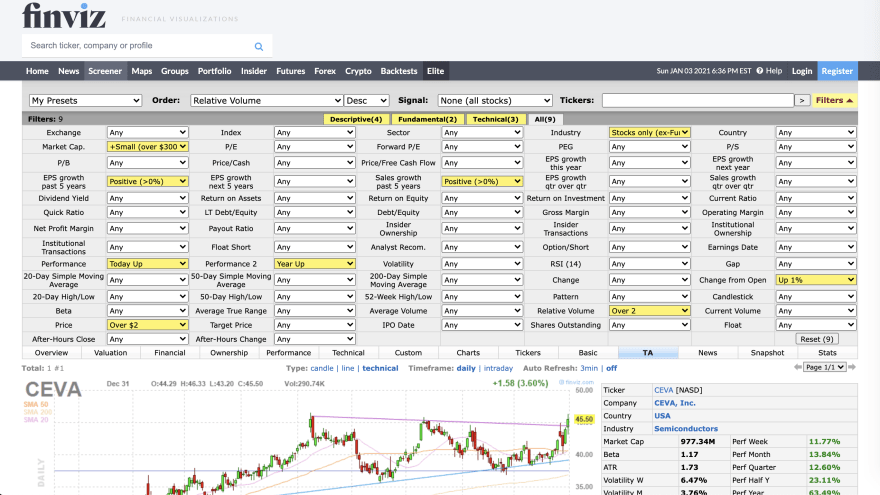 After a while, we noticed we were forgetting to check this screener. That is when automation became handy. I wrote a Python web scraper using BeautifulSoup to get the top 10 stock symbols from the screener.

I needed a way to run this web scraper on a timer. I could have set up a server to run the Python code on a CRON, but I did not want to maintain the server. I decided to use a serverless solution to reduce maintenance and keep my costs low.

I set up an AWS Lambda function with a Python runtime, and deployed it using AWS CDK. I configured CloudWatch rules to set up a CRON to trigger the Lambda function. Now the web scraper runs per the schedule. 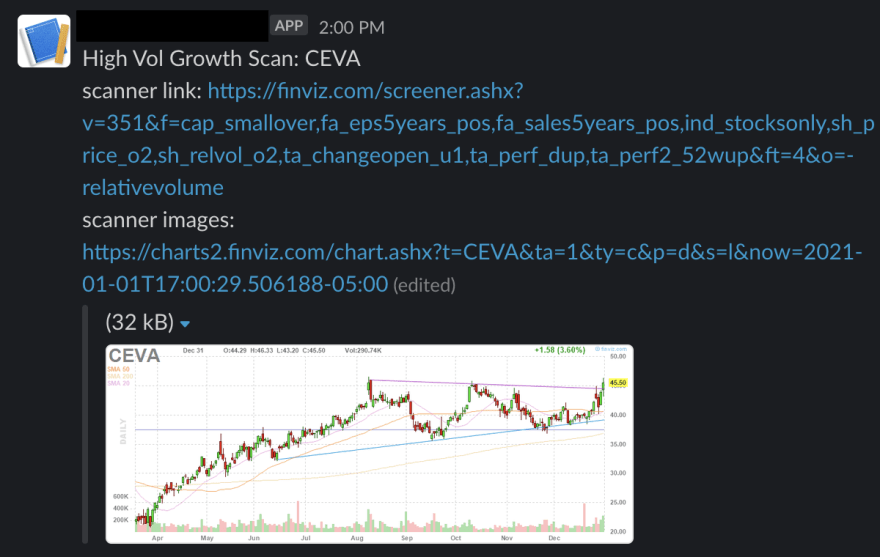 We wrote the stock symbols to a DynamoDB table, and the date when they appeared in the alert.

We then created another Lambda function to post a text-based histogram.

With a little code we implemented automation to our manual investment process. We were able to extend this approach to scrape different investment sources. Furthermore, it costs $0.00 per month by taking advantage of the serverless capabilities in the AWS free tier.

Disclaimer: This is NOT investment advice.

Photo by William Iven on Unsplash