Nashville Explosion: What to Know

NASHVILLE — DNA tests conducted on human remains found in the wreckage of the Christmas Day bombing in Nashville match a 63-year-old man who had been identified as a person of interest in the investigation, law enforcement officials said on Sunday.

Officials said that the man, identified as Anthony Quinn Warner, died in the explosion.

“Anthony Warner is the bomber,” Donald Q. Cochran, the U.S. attorney for the Middle District of Tennessee, said at a news conference on Sunday afternoon. “He was present when the bomb went off and he perished in the bombing.”

Law enforcement officials said that there were no indications of anyone else being involved in the bombing, and the investigation continued into possible motives behind it. The sprawling inquiry has included hundreds of federal agents and officers pursuing more than 500 leads since Friday.

Federal agents searched a home on Saturday belonging to Mr. Warner in Antioch, Tenn., roughly 11 miles from the site of the blast. Images of the same building from March and May 2019, captured on Google Street View, show an R.V. in the yard that appears similar to the one that the police say was detonated.

Mr. Warner’s employment history includes experience working with electronics, as an information technology specialist for Nashville-area businesses. Steve Fridrich, the president of one of those businesses, said that Mr. Warner sent an email to the firm on Dec. 5 saying that he was retiring.

Mr. Warner also had a burglar-alarm business that was registered in Tennessee from 1993 to 1998, according to state records.

The police released a photograph of the R.V., saying it was driven to the curb in front of an AT&T transmission building on Second Avenue North in Nashville at 1:22 a.m. on Friday. The image shows the vehicle moving through downtown with its headlights on, the white camper illuminated by streetlights and glowing storefronts.

A Nashville police officer came upon the vehicle several hours later. He was responding to reports of gunfire. Instead, he found the R.V., with a speaker warning that a bomb was inside and that it was about to detonate.

The concussion from the explosion caused at least one building to collapse, and damaged dozens of others, blowing out windows and doors and flinging debris that was found several blocks away. The explosion also led to fires, flooding and power outages, cutting off cellphone and internet services to homes and business across the region. Three people were injured.

Before the explosion, Betsy Williams said she heard what she thought were gunshots early on Friday, then she noticed the R.V. parked across the street from her apartment.

“It started playing this message,” she recalled. “‘Evacuate now. This vehicle has a bomb and will explode. Evacuate now.’”

When the voice began the countdown, Ms. Williams said, she and her family abandoned their apartment and rushed to safety.

Police officers on the scene called for a bomb squad, but it was too late. The R.V. exploded around 6:30 a.m. Ms. Williams watched the blast from afar.

It is not clear whether the AT&T transmission building on Second Avenue North was an intended target of the explosion. The building is a few blocks from the phone company’s landmark office tower in the city.

The site of the explosion is in a stretch of downtown with honky-tonks, restaurants and other tourist destinations, including a Hard Rock Cafe, the Redneck Riviera bar and barbecue, and the Honky Tonk bus tour company.

The authorities said the explosion could have done much more harm had it happened at night, or on an ordinary day, when the sidewalks might have been filled with people.

The consequences of the blast were far-reaching.

Shattered glass and bricks were strewn about downtown. Trees were charred by the explosion’s flames, and broken water mains were spewing water.

The explosion damaged the AT&T building, causing widespread service outages that continued on Saturday. The explosion affected some cell service across parts of Tennessee, Kentucky and Alabama, and hindered the communication of 20 or more 911 call centers, Mr. Lee, the governor, said.

AT&T said on Sunday that its crews had been able to make considerable progress, restoring electricity to four floors of the building and pumping out three feet of water in the basement. The company had brought in a portable cell site to help return some service and had more crews heading into Nashville. 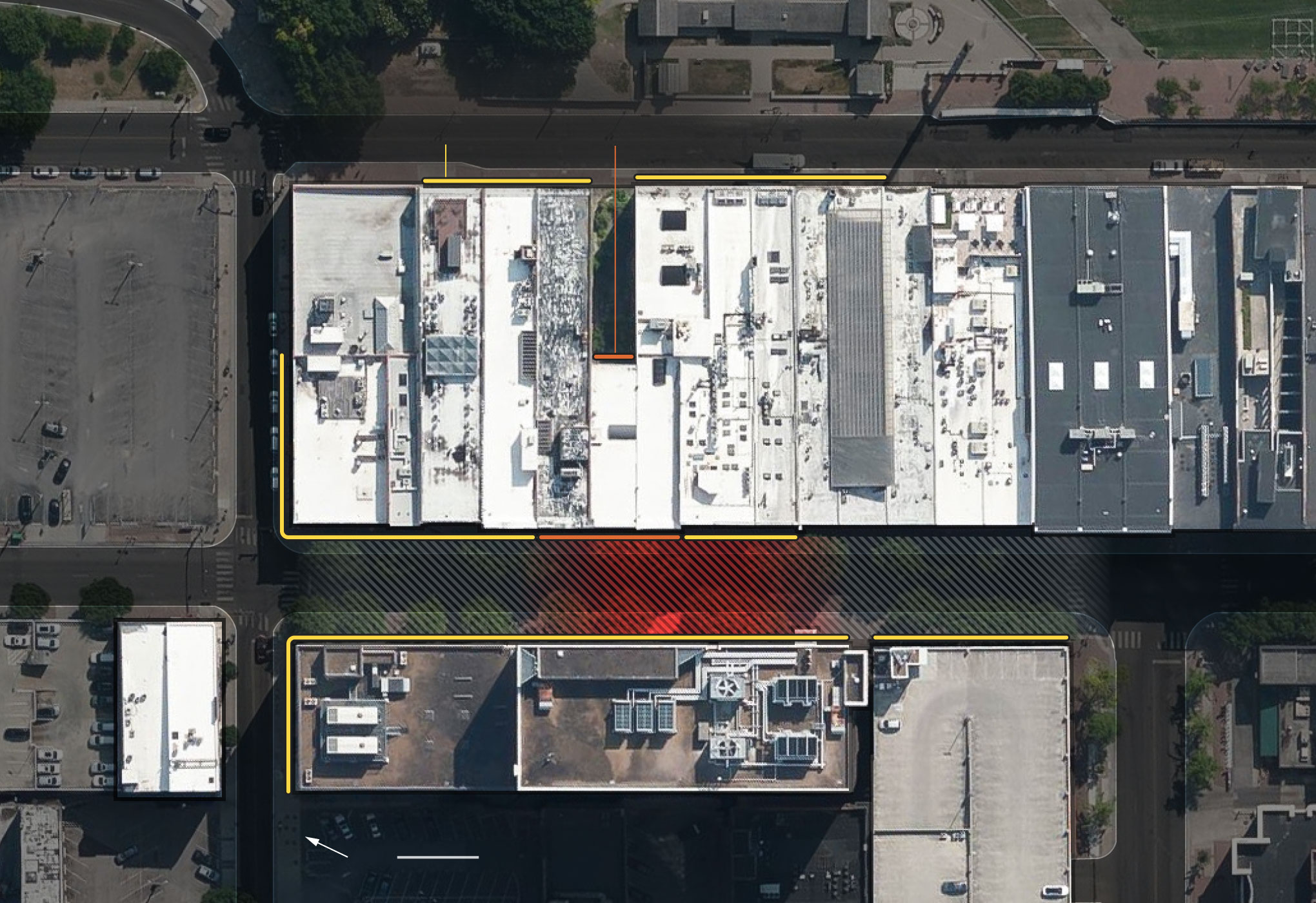 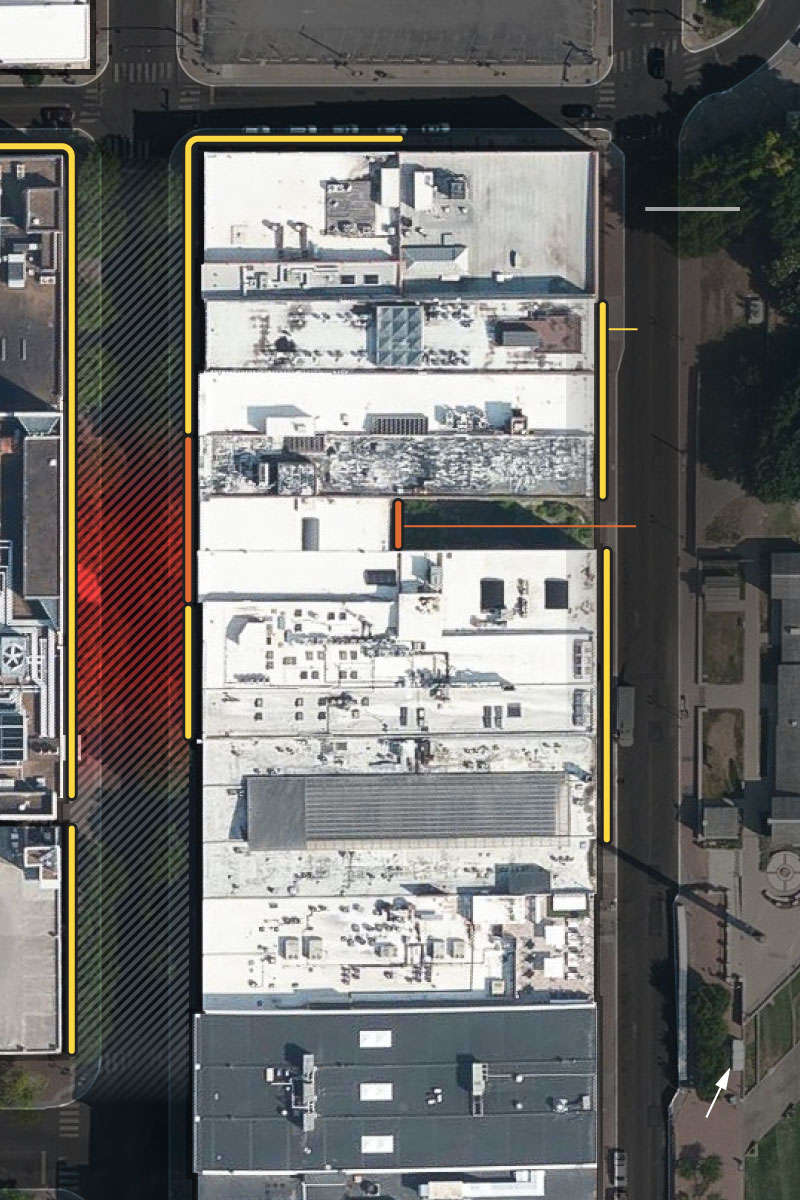 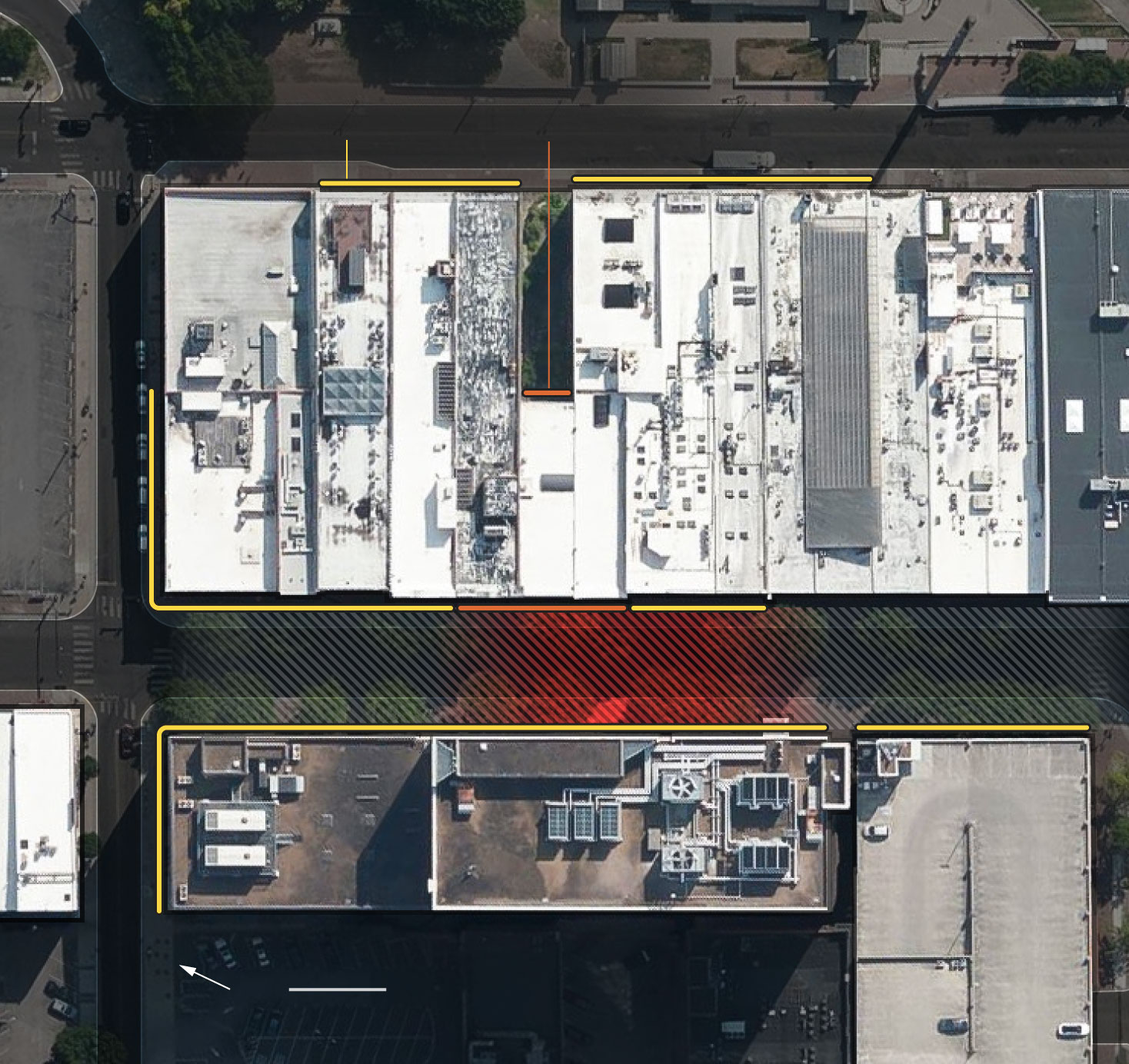 The Federal Aviation Administration temporarily halted flights out of the Nashville International Airport because of telecommunications issues caused by the blast. The F.A.A. also labeled the skies within about one mile of the explosion “national defense airspace,” meaning pilots are prohibited from flying overhead without special authorization.

To those who felt the blast, its widespread effects are not surprising.

“The whole neighborhood shook,” said Lily Hansen, who was sitting on a couch in her second-floor apartment a few blocks away. “It looked like something you would see in a horror movie. I just can’t get the image out of my head.”

Buck McCoy, who lives less than a block from the site of the explosion, said his home was destroyed.

“It just ripped my entire apartment apart,” he said. “There wasn’t one part of the house that wasn’t shook.”

The images of the six officers from the Nashville Police Department have spread widely around Nashville on television and social media; they are held up as heroes for swooping into action as an explosion tore through the quiet of Christmas morning.

On Sunday, the officers spoke publicly about the experience for the first time.

In an emotional news conference, five of the officers recounted a speaker on the R.V. that contained the bomb blaring a warning and the song “Downtown” with its lyrics about the bright lights and excitement of city life. They described rushing into buildings and rousting residents — “scaring the bejesus” out of at least one of them.

Then, there was a burst of orange and the officers remembered temporarily losing their hearing from the concussion of the blast. They remembered searching for their colleagues afterward, worried they had been hurt or killed, and then feeling grateful that they and others in the neighborhood had survived.

“That was God,” Officer James Wells said. “I’m not going to shy away from that.”

Officer James Luellen was the first to arrive on Friday morning. He was responding to reports of gunfire. Instead, he found the R.V., with a speaker warning that a bomb was inside and that it was about to detonate.

He called for backup.

Five other officers quickly followed: Brenna Hosey, Michael Sipos, Amanda Topping, Officer Wells and Sgt. Timothy Miller. Other that Sergeant Miller, an 11-year veteran, none of the others had been with the Police Department for longer than four years.

Six police officers who knocked on doors and shouted instructions to evacuate to people who lived around the R.V. before it exploded were being heralded on Saturday for saving lives.

“I think they may consider what they did a regular part of their duties,” the city’s mayor, John Cooper, said as he stood beside the officers at a news conference on Sunday. “But we in Nashville know it was extraordinary.”

Among the officers were two women and four men with a range of experience; one officer had been with the department for only 16 months. Chief Drake credited them all.

“These officers didn’t care about themselves — they didn’t think about that,” the chief said on Friday. “They cared about the citizens of Nashville.”