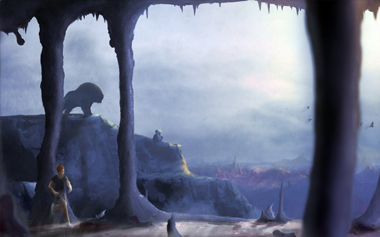 I spent two weeks reading and reverse engineering further the source code of Another World ("Out Of This World" in North America). I based my work on Gregory Montoir's "binary to C++" initial reverse engineering from the DOS executable. I was amazed to discover an elegant system based on a virtual machine interpreting bytecode in realtime and generating fullscreen vectorial cinematic in order to produce one of the best game of all time.

All this shipping on a 1.44MB floppy disk and running within 600KB of RAM: Not bad for 1991 ! As usual I cleaned up my notes, it may save a few hours to someone.

The source code of "Another World' was never officially released nor leaked. Some people were so passionate about this groundbreaking game that they reverse engineered the DOS executable.

This was possible partly because the binary was small (20KB). Why so small ? Because ANOTHER.EXE was not the game itself but just a virtual machine:

The bytecode performs all the game logic with its own opcodes but uses syscalls for "heavy" stuff like drawing, playing music, sound and managing assets. To implement only the virtual machine for the target OS reduced the effort and the game was broadly ported to more than a dozen platforms:

Every time only the virtual machine had to be compiled to the target OS: The bytecode remained the same !

The executable is 20KB. It can be summarized as:

We can see four modules:

Upon startup, the executable sets the virtual machine's thread 0 program counter with 0x00 and start interpreting. Everything is commanded by the bytecode after that.

In the previous drawing we see three framebuffers. Two because Another World implements Double Buffering" in software....and a third one as a clever optimization:

The third framebuffer is used to compose the background of a scene only once and then reuse it frame after frame with a simple memcpy:

In this video the legendary first level screen of Another World has been slowed down so we can actually see things being drawn. Everything is drawn with polygons and pixigons. Overdraw is very substantial but since this is only generated once it is not so bad.

Trivia : This famous background is made of 981 polygons.

In order to visualize the big picture I have slowed down and rendered the three framebuffer + what is seen on screen:
We can see very clearly:

If you want to analyze more : Full video.

Eric Chahi's webpage explains a lot about how the machine is structured.

In the code on github you can see how every opcode have been implemented. All of them are pretty easy to understand except for the renditions ones. The trick is that the polygon segment source where the vertices should be read is embedded with the opcode id.

You can see how the label have been lost: setvec 21 nag1 sets the thread 21 instruction counter at "nag1" label offset. In the bytecode we can only see a hardcoded offset.

In the following drawings we can see the virtual machine calling an opcode that is actually a system call to the resource manager in order to load the four memory segments. This happens typically at the beginning of a game part (The entire game is made of 10 game parts):

In the next drawing the opcode is also a systemcall to the renderer asking to draw and fetch vertices. The rendition opcode are a bit more complex because they contains where to read the vertices from. To set the target framebuffer is an independent opcode altogether:

Note: Whether the render should read vertices from the cinematic polygon segment or the animation segment is encoded with the opcodeId.

Resources are identified by an unique integer id. Upon startup the resource manager opens MEMLIST.BIN and get records as follow:

When the vm requests a resourceId, the resource manager:

A few stats about the compression:

I did not spent time reverse engineering the compression algorithm...the fact that sound doesn't compress very well leads me to believe it is entropy sensitive...so maybe a variation of huffman ?

Like all games from the 90s no memory is allocated during gameplay. Upon startup the game engine grabs 600KB of memory ( anybody remember DOS 640KB conventional memory here ?). Those 600KB are used as a stack allocator:

Trivia : Originally the entire 600KB was storing bytecode and vertices. But after two years of generating the backgrounds with polygons/pixigons the game was still far from being done. In order to speed up the development speed Eric Chahi decided to integrate a hack in his beautiful architecture (at a performance cost): The resource manager can load background bitmap from the floppy disk to the background buffer (void copyToBackgroundBuffer(const uint8 *src);). Hence 32KB (320x200/2) are reserved at the end of the conventional memory.

Trivia : This hack was exploited for the release of Another World for Windows XP in 2005. All background were hand drawn and loaded directly from hard-drive without using the renderer and its pixigons: 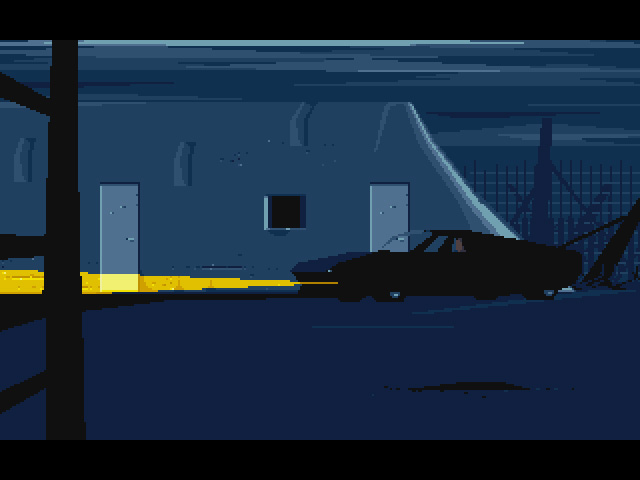 If you are a purist and really want to play the original way, Another World works like a charm in DosBOX: 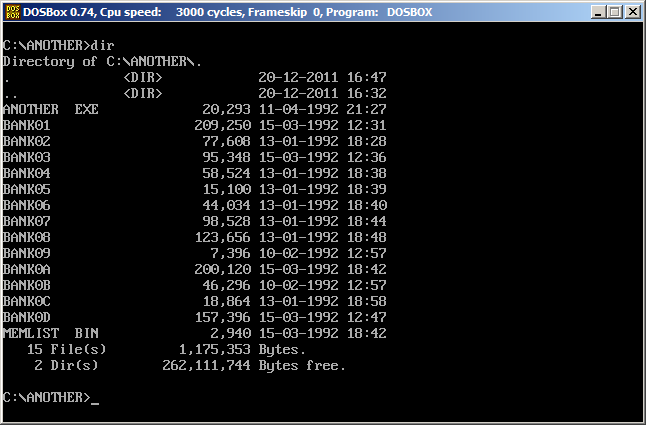 Or you can run the windows XP version. I recommend to get the Collector's edition since it feature a lot of additional informations, among them the techical notes from Eric Chahi:

I worked on the code a lot, making it simpler to understand. You can see an example of how much clearer it is now. Before:

Jeff Somers submitted a link to a fantastic video from GDC Vault in which Eric Chahi talks about the Genesis of Another World. Thanks a lot Jeff :) !