Can South Korea fix its deadly working culture and give people their lives back?

"I thought we took some photos together," she says, scrolling through her phone, talking to herself. "Didn't we take one on that trip?"

As her daughter tries to jog her memory, Park finally finds one: of her husband in his work clothes, a white decontamination suit and head covering.

Chae Soo-hong worked at a food supplier specializing in jangjorim, a popular Korean side dish of beef cooked in soy sauce. His primary duty was to make sure production was up to standard and on time.

During the week he would travel to the company's factories and oversee production. On Saturdays, he went to the main office to do paperwork. Even after coming home from work, his job wasn't done: though it wasn't his explicit duty, he'd often spend the evening fielding calls from factory employees, mostly foreign migrant workers who needed help adjusting to life in South Korea.

"When he first entered the company in 2015, it had about 30 employees. By the time he died, the company had grown to 80 employees but his duties kept increasing," Park told CNN. 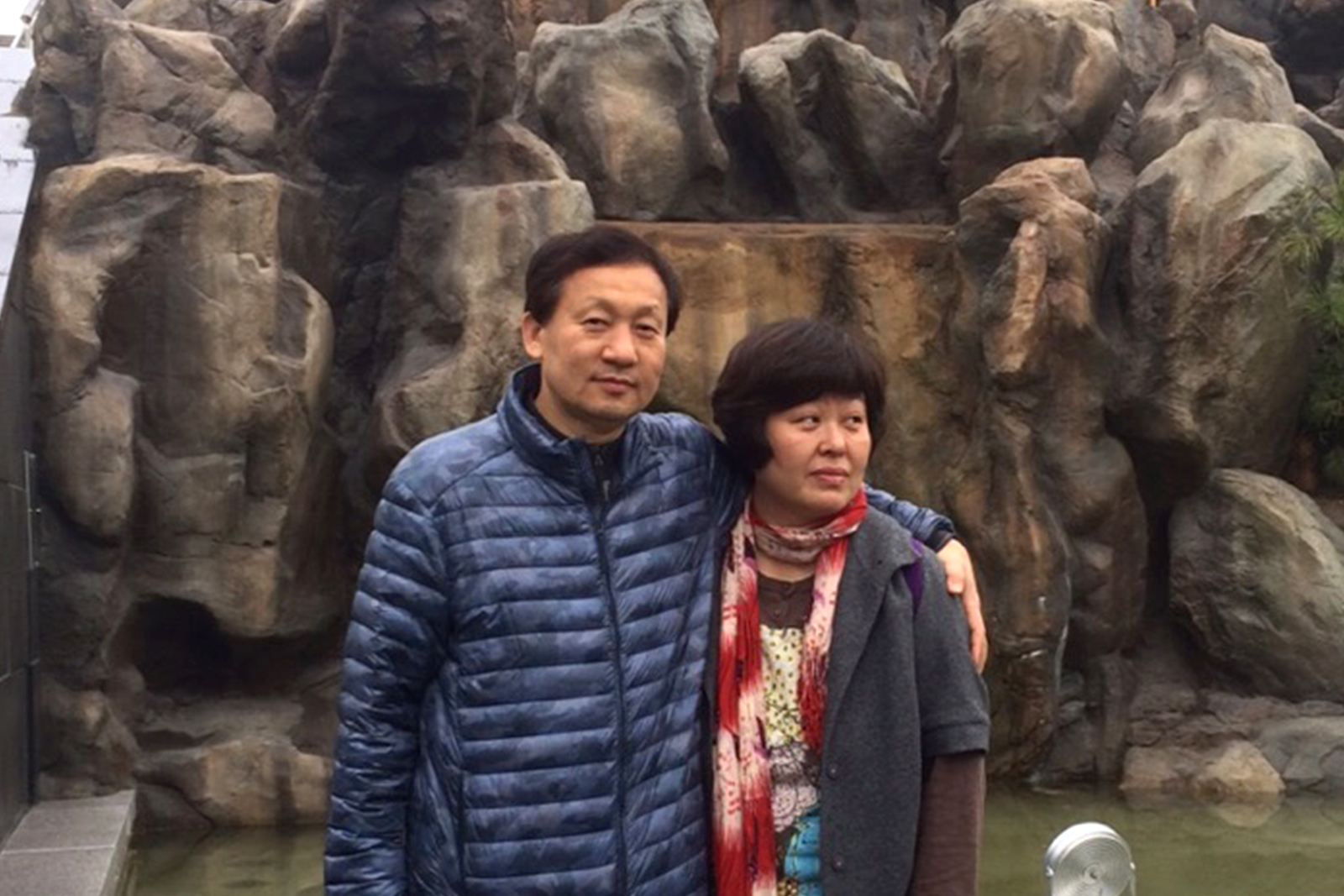 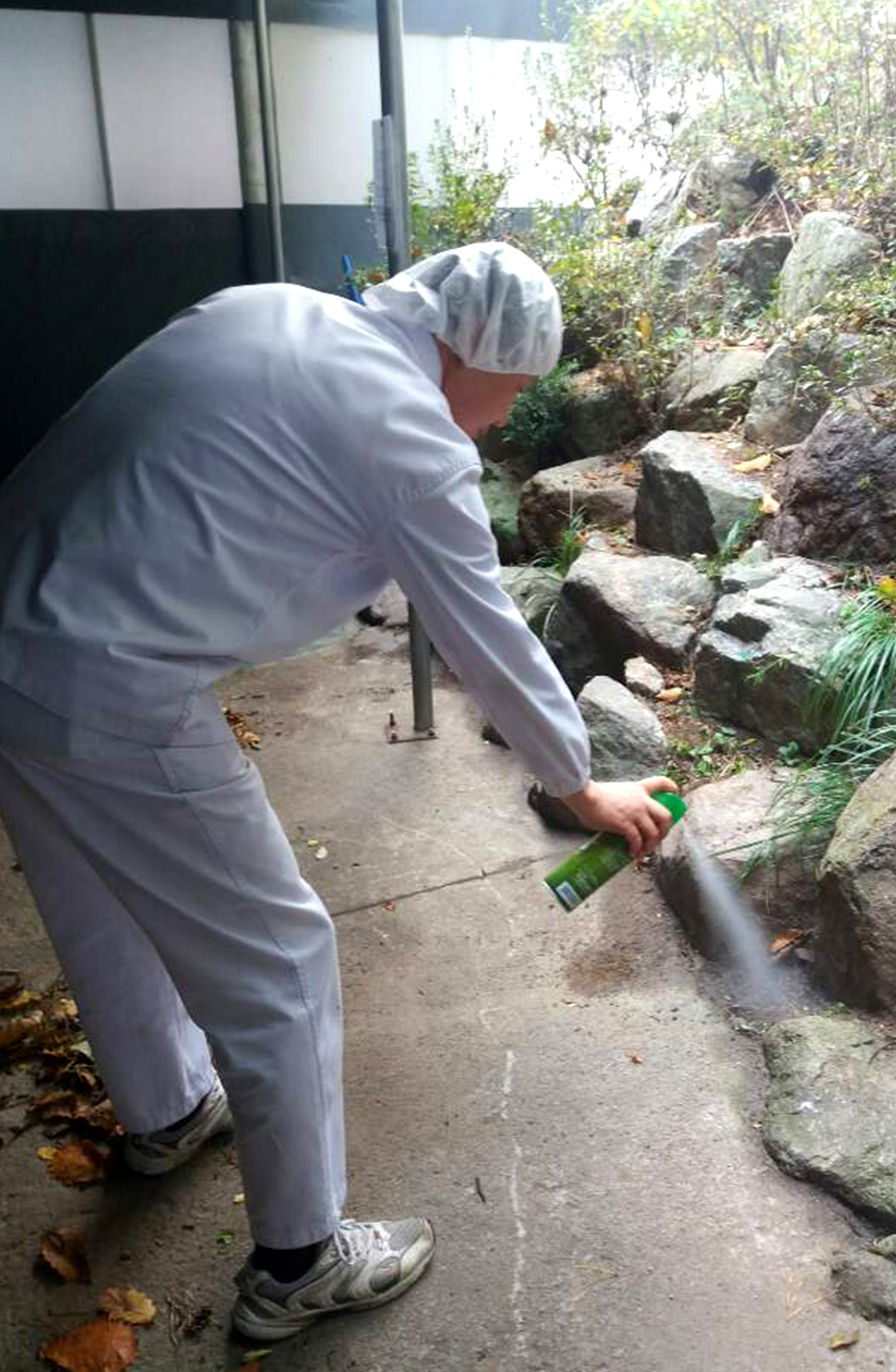 Park initially struggled to find photos of her husband not working.

As the company took on more work, Chae was expected to take on more and more work himself, to the extent that when he was at home he was so fatigued he spent most of his time sleeping.

Chae died around 7 p.m. on a Saturday in August 2017. In the morning, as he prepared to go in to the office, just like every weekend before, he had complained of feeling tired but Park didn't think much of it -- he was always tired.

"I should have seen the sign that he was feeling ill," she said. "He didn't come home that day."

Chae's coworkers found him collapsed on the floor of his office. An exact cause of death was never determined.

He was one of hundreds of people who died in 2017 due to overwork, according to government data. Among OECD countries, South Koreans work more hours per week on average than all but one other country, and almost 50% more than famously industrious Germany.

In July, the government legislated to reduce the maximum working hours from a staggering 68 per week to 40, with 12 hours of paid overtime, in what President Moon Jae-in said would be an "important opportunity to move away from a society of overwork and move toward a society of spending time with families."

"The most important thing is that it will be a fundamental solution to protecting the lives and safety of the people by reducing the number of deaths from overwork, industrial accidents and sleep-deprived driving," Moon said.

But for those families who have already paid the cost of overwork, the misery continues -- as does the battle for compensation.

Since Chae died at the office, Park assumed his death would be classified as work-related and be covered by workers' compensation.

She soon found out this would be far more complicated than first thought. The Korea Workers' Compensation and Welfare Service (COMWEL), a governmental body, required her to prove unequivocally that Chae died on the job.

"It was a challenge. He (usually) left home at 7am and came home at 10pm but there was no work log showing his working hours," Park said.

The breakthrough came when she discovered that a highway toll booth her husband passed everyday had a surveillance camera with timestamped footage. Even then however, because Chae worked in a different office on Saturdays, she couldn't find footage for that day.

While South Korean law does not officially recognize death by overwork, COMWEL regards fatal heart attacks or strokes suffered while working more than 60 hours per week for three months as eligible for workplace death compensation -- funds from which can be a major help to families suddenly left without a breadwinner.

Even without proof of his Saturday hours, Park was able to show that her husband worked well over 180 hours in the weeks leading up to his death, becoming one of the lucky few able to get COMWEL to approve a gwarosa case.

Once a month since Chae's death, Park and a dozen or so others have gathered in a small classroom a mile south of the Han river near Noryangjin, next to the largest fish market in Seoul. Participants don't have much in common except that they have lost a family member -- typically a father or husband -- to overwork.

Kang Min-jung founded the group after her uncle, who had raised her from childhood, died on the job.

"When he died, I asked why. Why he had to work so much. I decided to study deaths by overwork in Japan," she said.

Japan has been studying the phenomenon since the 1980s, as it tried to get to grips with its own fatal work culture, and today is the only country to mandate by law that the government study and attempt to remedy the problem.

When she returned to Korea, Kang began organizing meetups for those affected by overwork deaths. This hasn't been easy -- only three people came to the first meeting -- with many unaware of the issue or that they could be entitled to compensation under the country's labor law.

This blindness to overwork extends to those most at risk of dying on the job, like Chae.

"He must have thought that working like that was normal. He is part of the baby boomer generation, which emphasizes working hard and doing the duty as the man of the family. He didn't complain and didn't take a break," Chae's wife said.

"Korea is a society that demands overworking. They demand you to work long hours. They think that working long means working well and being productive."

Of the 36 members of the Organisation for Economic Co-operation and Development (OECD), South Koreans worked more hours per week on average than any other member state except Mexico and Costa Rica, which is currently applying to join the group.

As well as literally killing workers, there is little sign these long hours are translating into tangible benefits: data shows South Korea is among the bottom third least productive OECD countries.

Kim Woo-tark, a labor attorney who attends Kang's meetings and helps families with COMWEL applications, said the overworking culture is a remnant of the Korean War -- the still technically ongoing conflict which has shaped many aspects of South Korean society.

"Because (South) Korea had to quickly get back on its feet after the Korean War, a structure was created that forces each workers to do a great amount," Kim said. "That structure has become a culture, a custom."

President Moon came to power last year promising to curb working hours and improve conditions. The 52-hour week went into force on July 1 this year, but proper enforcement will not begin until January 2019 and will initially be limited to companies with more than 300 employees.

One of the first corporations to conform with the law is KT, formerly Korea Telecom. Workers can now see clock-off times on their monitors and managers encourage them to go home rather than work overtime.

Kim Jung-jun, who works for the company's public relations department, said that his supervisor will ring a bell every day and announce loudly "it's time to go home, so finish up your work."

In the three months since the law came into force, Kim said he sleeps more and has more time for family and friends.

The law has also brought broader benefits to society: the Ministry of Labor announced in August that some 43,000 jobs had been created by the change, as corporations were forced to hire more workers rather than force existing employees to do extra hours.

Not every employer has responded so well to the change.

Jeong Hak-dong is a postal delivery worker in Ilsan, a satellite city northwest of Seoul. He said that since the new work week came into force, not much has changed.

"The management talks about the 52-hour policy and how that means we need to start work at 8 a.m. and finish by 6 p.m.," he told CNN. "But the reality is that we are still working past 8 p.m."

On most days, Jeong said he works around 12 hours, "and even then I don't get to finish the work." He said he was worried that as drivers rushed to finish their deliveries faster the risk of traffic accidents could rise.

Last year, a postal worker who was injured in a crash was still asked to come into work. He left a note complaining of inhumane treatment and killed himself.

In July, another worker set himself on fire at his office. His death was followed by two suspected cases of fatal overworking in two months by employees of the same branch.

In the wake of the deaths, members of the Postal Workers' Union called a relay hunger strike in central Seoul's Gwanghwamun Square, part of a concerted organizing campaign to pressure the government to end the six-day work week and hire additional workers in order to improve working conditions and allow employees to go home on time.

The Blue House brokered a joint commission in August 2017 between Korea Post, the national service, the Postal Workers' Union and independent experts to look into working conditions within the industry.

According to the commission's findings, published this month, nearly 2,000 postal workers were each doing more than 3,000 hours of work per year, upwards of 58 hours per week on average, and the level of workplace stress was worse than that reported by nurses, firefighters or fighter pilots.

Following the report, Korea Post agreed to hire an extra thousand workers next year, with another thousand to be hired in 2020. Union members welcomed the result and declared an end to their hunger strike.

Park Hyun-suk still receives her husband's compensation check every month, a welcome form of support but also a painful reminder of his death. She welcomed the changes underway, but can't help wonder that if it came earlier things would have been different for her family.

"I'm sure it's not just me, and that others who had the same experience are equally haunted by the same guilt," she said.

"If only I recognized the signs. If only I had reacted with more sensitivity, then none of this would have happened. That guilt always hurts. I try to keep living, but that feeling is always at the bottom of my heart."