Waymo has obtained a driverless testing permit from the California Department of Motor Vehicles (DMV), it announced in a Medium post on Tuesday. It’s the first company to do so, and it gives the Google spinoff the green light to test its self-driving Chrysler Pacifica minivans on the Sunshine State’s public roads.

Waymo said a fleet of 40 fully autonomous cars will drive day and night on city streets, rural roads, and highways — initially around Mountain View, Sunnyvale, Los Altos, Los Altos Hills, and Palo Alto. Unlike in previous tests, they won’t have a safety driver — only steering wheels, brake pedals, and other manual controls specified by the National Highway Traffic Safety Administration. A remote operator will monitor the cars’ progress, and. in the event something goes wrong, take over.

Waymo will notify new communities and submit a request to the California DMV as it expands beyond the first test sites, it said, as required by law.  The first few riders will be members of the Waymo team, and the company said that eventually, it’ll create “opportunities” for members of the public.

“Our vehicles can safely handle fog and light rain, and testing in those conditions is included in our permit,” Waymo said in a blog post. “We will gradually begin driverless testing on city streets in a limited territory and, over time, expand the area that we drive in as we gain confidence and experience.” 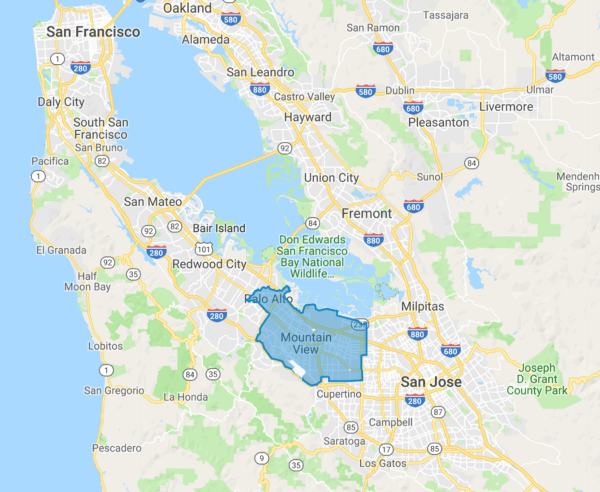 Above: The shaded regions of the map are where Waymo will test its self-driving cars.

The DMV finalized regulations for fully driverless cars in February, and a few months later, in April, Waymo applied for a permit.

In order to secure it, Waymo had to provide insurance or a bond of $5 million and show its cars (1) complied with federal regulations, (2) could navigate roads, and (3) were tested in areas of operations. It also had to submit a safety plan laying out how it would interact with law enforcement, which it did earlier this month. (First responders will be able to contact Waymo via a 24/7 phone support line).

Other than Waymo, more than 60 companies are testing nearly 300 driverless cars licensed with the DMV.

“California has been working toward this milestone for several years, and we will continue to keep the public’s safety in mind as this technology evolves,” said DMV Director Jean Shiomoto in a statement.

California isn’t the only one that allows driver-free autonomous vehicle testing, it’s worth noting. Another is Arizona, where Waymo has been piloting its Early Rider Program in April 2017.

Waymo announced earlier this month that its cars had driven 10 million miles on public roads in the U.S. across 25 cities, and 7 billion simulated miles.