A Brief History of Surgeons | Roy A. Meals

Imagine a heated prehistoric game of basketball where the two teams, the Skins and the Furs, use an inflated mammoth bladder for the ball. One player jams his finger and notes that it is pointing sideways. Instinctively, he yanks on it and successfully realigns the dislocation. Next week a teammate incurs the same injury, and the experienced one performs the same restorative maneuver. Over time he continues to learn from experience and achieves local acclaim as the go-​to bonesetter. These skills are then passed down to his children. These bonesetters, along with shamans, midwives, and herbalists, developed in many cultures, including ancient Egypt and early Hawaii. Archaeologists have discovered Egyptian mummies with broken arms that bonesetters first splinted with strips of wood bark and then wrapped with linen. A papyrus from about 2900 bc records that such splints should be reinforced with plaster and honey. About 500 bc, Susruta in India and Hippocrates in Greece described stabilizing fractures with strips of wood, bamboo, or sheet lead wrapped with string or linen strips stiffened with lard, wax, pitch, or egg white. Bandages saturated with blood and left to harden also sufficed.

Around 250 bc the city of Alexandria, Egypt, became civilization’s center of scientific knowledge, and scholars came from great distances to learn. The Alexandrians shrewdly maintained their superior knowledge base by confiscating the visitors’ learned writings as they entered the city. Officials had scribes copy the scrolls, placed the originals in the local library, and provided the travelers copies of their originals upon their departure. Alexandrians performed the first systematic human cadaver dissections. Visitors could also marvel at a human skeleton secured in proper alignment by fine wires and suspended vertically, another first that seems so commonplace today.

Beginning in ancient times, combat trauma has provided doctors with large numbers of injuries in healthy men in a short period of time. Again and again, this concentrated experience has added greatly to the understanding of wound healing. Such was the wisdom gained by the Greek physician Galen in about 150. He worked in Rome and was the gladiators’ equivalent to a modern-​day team physician. Galen therefore had the opportunity to manage gore, and he made many original observations about wound healing and wound management, some of which eventually turned out to be glaringly wrong. (He thought, for example, that bone was made out of sperm.) Nonetheless, his writings were taken as dogma and prevailed in Europe for over a thousand years—​truly the Dark Ages for medical advances.

Then the Enlightenment arrived. Ambroise Paré, a sixteenth-​century physician and contemporary of the Renaissance artists and anatomists, served several French kings and their embattled soldiers. At the time, surgeons were using red-​hot pokers or boiling oil to seal the raw, bleeding flesh of amputation wounds. Either treatment was agonizingly painful, and neither was particularly effective in staunching blood loss or preventing infection. Short of hot oil one day, Paré used threads from his coattail to tie off the ends of bleeding vessels before dressing the wound with the usual turpentine and gauze. Prompt healing ensued, and soldiers forever after have been grateful for improvements in surgery brought about by a battlefield necessity. Paré is appropriately known as the father of modern surgery.

Physicians who were university trained during the Renaissance considered surgery beneath them. They relegated operations—​which consisted mainly of bloodletting and amputations—​to the barbers; although they were merely apprenticeship trained, they had the sharpest knives. Paré was among this guild of barber-​surgeons. This meant that until the mid-​sixteenth century, one could theoretically have a shave and an amputation at one sitting by the same practitioner. Thereafter, surgeons branched away from barbers and became separately chartered. Nonetheless, their work was demeaned.

Two holdovers from the barber-​surgeon era persist. Red-​and-​white-​striped barber poles represent the blood and bandages of the barber-​surgeons; and in England, a surgeon is addressed as Mister whereas a physician is addressed as Doctor even though in recent centuries they have received the same core, university-​based, medical education. British surgeons seem to be proud of the distinction and enjoy subtly flaunting their colorful history. Around the world, other medical specialists sometimes view surgeons as impulsive. We surgeons rather consider ourselves as decisive. Detractors have even described surgeons as being right or wrong but never in doubt. 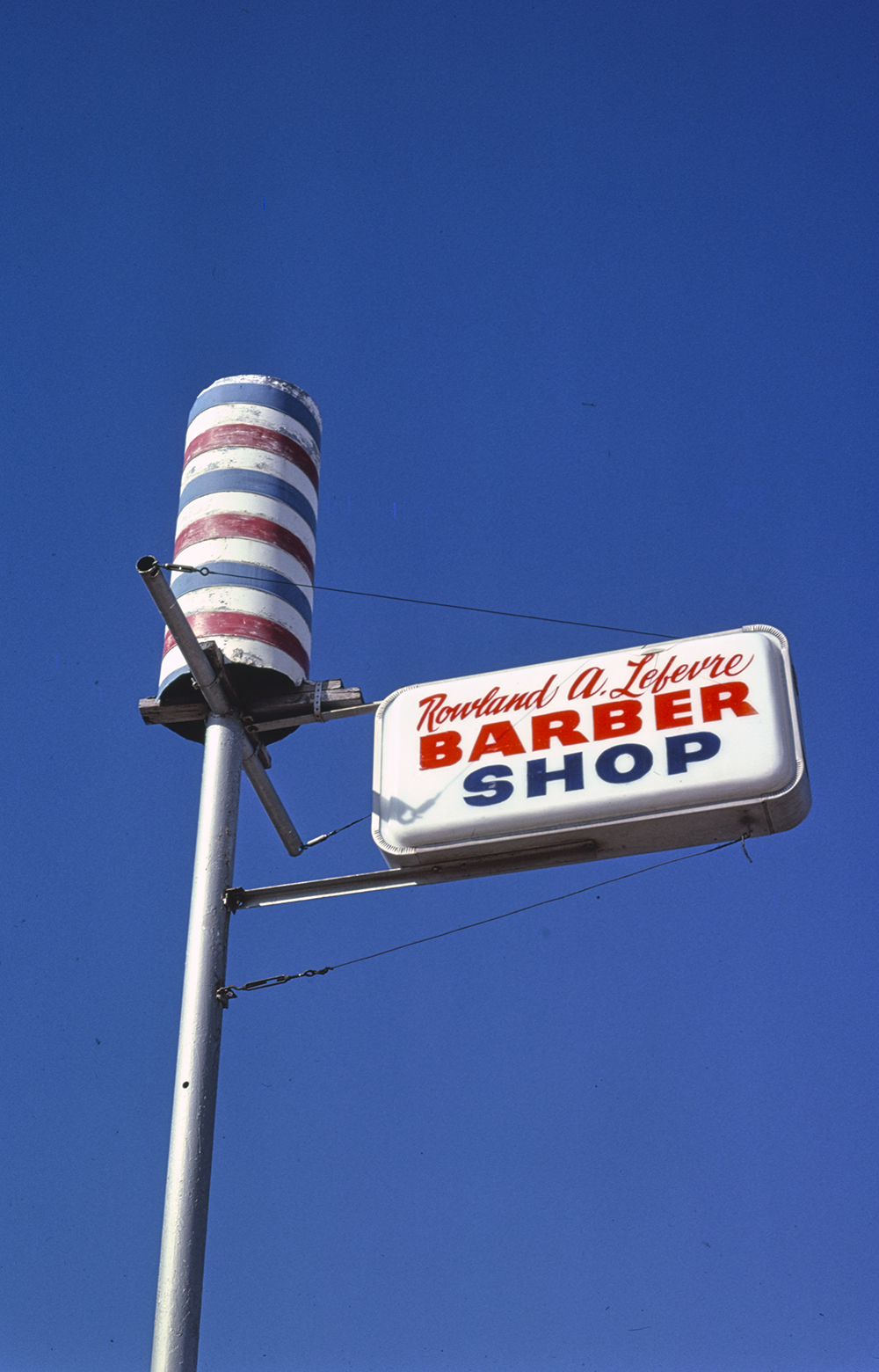 The word orthopedic was coined in 1741 by Nicolas Andry, a French physician who wrote the first book on the topic, Orthopédie. Ortho-​ is Greek for “straight” or “correct,” as in orthodoxy (correct belief) and orthodontics (straight teeth); and pédie stems from the Greek word meaning “child.” In his book, Andry described how families and physicians could prevent and correct skeletal deformities in children. Of course, at the time the means of doing so were entirely nonsurgical. It would be another hundred years before general anesthesia and the thought of elective surgery came about. The graphic that Andry chose for the frontispiece of his book to illustrate his thoughts on straightening a child has become iconic.

Nicolas Andry’s publication of Orthopédie kickstarted orthopedics as a distinct specialty; and later in the eighteenth century, Jean-​André Venel provided practical applications for many of Andry’s teachings related to nonoperative treatments for children’s foot and spine deformities.

During Andry’s and Venel’s time, surgeons were not subspecialized because there was nothing special that any one of them could do better than the others. This changed dramatically in the nineteenth century with the discovery of general anesthesia and with the gradual acceptance of Pasteur’s proposal that bacteria were the source of infection. Up until that time, surgeons had no reason to wash their hands before surgery and would often wipe their surgical instruments on their coattails before replacing them in their kit. By the mid-​nineteenth century, general anesthesia allowed surgeons to operate more methodically and treat more complex problems. (Prior to this, a premium was placed on speed, and in one instance, the nearby fingers of the surgeon’s assistant came off along with the patient’s leg.)

A Dutch army surgeon named Antonius Mathijsen provided another mid-​nineteenth-​century breakthrough that greatly eased the burden of applying casts to broken limbs. He applied plaster of paris powder to long strips of moist gauze and then rolled them up. When he needed a cast, he momentarily immersed a roll in water to activate the plaster of paris and then circled the injured limb multiple times with the bandage, which quickly hardened. Undoubtedly the solidified plaster cast smelled better than the previously recommended lard, egg white, or old blood. Several years later, Mathijsen’s invention received a workout during the Crimean War. Legend has it that when military surgeons during that conflict were short of water, they would moisten the plaster of paris with urine. The Crimean War also made Florence Nightingale famous for her achievements in organizing nursing care for wounded soldiers, probably including those with reeking casts.

Around the same time there was also growing awareness and acceptance of the germ theory of disease, which slowly led to the development of aseptic techniques and the use of rubber gloves and surgical drapes. After that, operations could last hours with good prospects that the patient would not only survive the ordeal but eventually heal without infection.

All these pioneers just described were medical doctors, MDs, with the roots of the discipline going back to Hippocrates about 2,500 years ago. A branch discipline developed far more recently and appropriately did so in the Show-​Me State. DO is short for doctor of osteopathic medicine. Osteo, of course, means “bone,” and pathy means “disease.” Missourian Andrew Still, MD, introduced osteopathic medicine in the late 1800s. His research and observations led him to an understanding that the musculoskeletal system was central to health and disease throughout the body. He believed that improving the body’s structure through the application of manual techniques, now known as osteopathic manipulative medicine, would promote normal function and self-​healing of various organ systems, including digestive and respiratory ailments. At the time, many conventional medical treatments were not particularly effective, so osteopathy quickly developed a following. Dr. Still opened the first school of osteopathy in 1892.

Reflective of Dr. Still’s holistic philosophy, many DOs traditionally gravitated to primary care—​family practice, general internal medicine, and pediatrics. Nonetheless, graduates from schools of osteopathic medicine today may choose to specialize and can do so either in osteopathic or in MD residency training programs. In most communities, there are far more MDs than DOs, but as both trainees and practitioners, MDs and DOs often work side by side, sharing medical ownership of bone.

At the time when Dr. Still was developing osteopathy, some MD surgeons had already begun to specialize in treatments of the brain, eye, or other body parts; but fracture treatment remained within the domain of the generalist in cities and at times left to the care of bonesetters in rural and impoverished areas. This changed with the Industrial Revolution and specifically with the building of the Manchester Ship Canal in England, which remains the world’s longest river navigation canal at thirty-six miles. Rather than wartime, when rapid advances in the treatment of trauma typically take place, this was a massive peacetime project involving hundreds of cranes, locomotives, and excavators; thousands of trucks and wagons; and seventeen thousand construction workers. The mix produced a great number of skeletal injuries over the six-​year construction period.

A few years earlier and because of hard times at home in London, Robert Jones, then a teenager, moved to Liverpool to live with his uncle, Hugh Owen Thomas. Thomas was an orthopedist. His father, grandfather, and great-​grandfather had been bonesetters. Thomas made multiple contributions to the management of skeletal diseases that included publishing treatises on tuberculosis and on femur fractures. He encouraged his nephew, Robert, to attend medical school and then to join him in practice, which Robert did. Together, Thomas and Jones developed a special interest in fracture management, whereas most orthopedists at the time dealt primarily with children’s skeletal deformities.

In a fortuitous turn of events in 1888, Jones became surgeon-​superintendent of the Manchester Ship Canal construction project and took advantage of this opportunity to develop the first comprehensive accident service in the world. He spaced three hospitals at intervals along the canal with first aid stations interspersed. Jones staffed the hospitals with personnel skilled in fracture management and operated on many of the injured workers himself. This intense experience of operative as well as nonoperative fracture management contributed to the development of techniques for improved fracture care. The newly gained knowledge also proved invaluable during the soon-​to-​follow World War I, and Jones was appointed Inspector of Military Orthopaedics, overseeing a thirty-thousand-​bed organization.

Thomas invented a splint for temporary immobilization of broken legs, and Jones devised a bulky bandage to be used after knee surgery. Both of these advances bear their innovator’s name and are still used today. The most noteworthy and lasting mark that these two orthopedists made on medicine, however, was that they defined the specialty. Canal building and then war—​these experiences with skeletal injuries, both intensive and extensive, ended a decades-​long discussion about the nature of the specialty of orthopedics. Should it include surgical procedures or just focus on straightening crooked children with casts and splints? Since 1920 everyone appropriately calls the specialty orthopedic surgery.

Adapted from Bones: Inside and Out. Copyright © 2020 by Roy A. Meals. Used with permission of the publisher, W.W. Norton & Company, Inc. All rights reserved.