This is going to be a quick article that I feel compelled to write after literally slamming my head on my desk while reading news coverage about AMD Inc. (NASDAQ:AMD) and the new report from New Street Research.

On Friday, October 19th, 2018, Pierre Ferragu from New Street Research has sent out a research note to clients suggesting that AMD is a Sell with a new target price of $18 a share, suggesting 30% downside at the time of publication of the note. The 3 main points of the research note are as follows, according to articles that you can read on Barron's or Business Insider:

At Zynath, we believe that these are ludicrous statements with no basis in reality and, especially when it comes to the last one, there is plenty of evidence to the contrary. So let's address these claims one at a time.

At a recent conference after a presentation about Micron, I was asked a question: "If the memory industry is so profitable, why don't other companies just do it as well, it sounds easy?" I am paraphrasing here, but you get the gist. The answer is: "Because it is not easy." Nothing about manufacturing silicon is easy, from the ultra-pure wafer manufacturing to the extreme ultraviolet lithography to the insane clean room requirements that companies have to use to actually have successful silicon yields. In many ways, chip manufacturing is as much art as it is science nowadays. It's not like you can just place an order with Applied Materials (NASDAQ:AMAT) and the like, get some equipment in, get a guy from Craigslist to run it, and you are off to the races.

Setting up, configuring, and tuning equipment takes time. Figuring out the perfect settings, the perfect procedures, and the protocols that result in highest yields possible also takes time and a lot of trial and error. In AMD's case, some of this process is outsourced to Taiwan Semiconductor Manufacturing (NYSE:TSM) because TSMC is one of two companies that are currently capable of producing 7nm chips at scale. 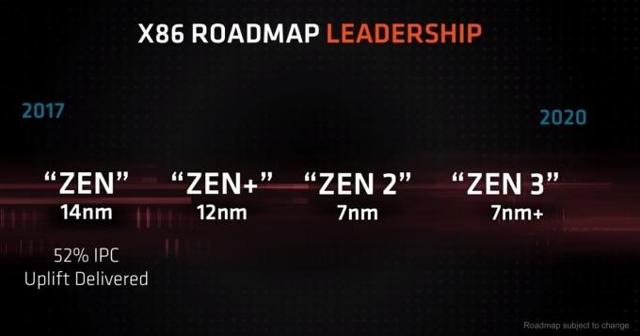 But production hurdles aside, there is a lot of research and development, as well as a ton of trial and error, that goes into developing the next-generation chip architecture. Intel is a very capable company with a huge R&D department and very capable engineers, but that doesn't mean that it can simply wave a magic wand and make its CPUs perform like AMD's Ryzen series - for the same reason that it took AMD 4-5 years to bring the Ryzen processor from concept to market.

To dismissively claim that “Intel can easily bring to market an architecture similar to AMD’s" is to insult the hardworking engineers in both companies. This stuff is not easy. Even if you have bottomless R&D coffers, it is just not easy, and it takes time, effort, and trial and error. Intel has been blindsided by AMD's new Threadripper 32-core CPU, and it is now scrambling to catch up by basically rebranding a 28-core Xeon CPU as a consumer model just to compete with AMD. Ryzen and Threadripper, in particular, have been a thorn in Intel's side for more than a year now, and yet, the company is still to really respond to this threat in a meaningful way. If it were so easy, as Pierre Ferragu claims, the company would have done so by now rather than risk its dominant market share.

While it's true that TSM's current 7nm process is more like a 10nm process with a few 7nm layers thrown in to test the waters, the only way one could make a statement such as that above is if they were utterly unfamiliar with what feature size (10nm, 7nm, etc.) means when it comes to CPU manufacturing. So let's try to understand what this means.

CPUs are a collection of transistors. The 7nm, 10nm, 14nm, and so on refers to the minimum feature size on the CPU. The smaller the feature size, the more transistors you can pack on a single wafer of silicon. But why should it matter? Why not just get larger silicon wafers? It's not like they are that expensive, right? Wrong, it matters for two reasons. Clock speed and efficiency.

Clock speed is limited by 3 factors: 1) the speed with which transistors can switch, which is limited by underlying chemistry and physics, 2) the speed with which electricity can travel between one side of the CPU die and the other, and, 3) the thermal load the CPU can sustain. We can't really do much about the first one, chemistry and physics are what they are. But we can do something about the latter two. We can shrink the size of the CPU, which allows us to decrease distance, and we can shrink the thickness of the traces ("wires") and the transistors, which will allow us to use less electricity to energize them, thus needing less cooling.

This is what has been happening in the CPU world since forever. Chips have been getting tighter packed and more dense, which has allowed them to become faster and faster. Of course, this cannot continue indefinitely, as it is widely speculated that 4nm will be the physical limit. Smaller feature sizes than that will start to suffer from quantum tunneling effects, which will make chips "probabilistic," which is not a good thing for a Turing machine - a machine designed to run non-probabilistic code, such as a modern CPU.

But let's get back to our discussion of the 7nm process and clock speed. While we will not see a significant overall clock speed improvement from first-generation 7nm-ish process that TSM is currently sampling, we will see a core bump, likely to 48 cores. Once a full 7nm process is on-line, we should see a 64-core CPU from AMD, with each core capable of at least 4GHz, and that will be a game changer.

It's easy to see why AMD will be able to fit more cores on the die - smaller feature size means more space for more cores. But why the speed boost as well? After all, the die will be roughly the same size, so we are still limited by the edge to edge electrical travel speed, aren't we?

Well, that's where the second factor comes in: efficiency. You see, the clock speed of a CPU is limited by the edge to edge travel, but it's even more limited by its ability to dissipate heat.

Fun fact, a desktop computer is a 99.99%-efficient space heater. A computer consuming 1,000 watts of electricity is producing as much heat as a 1,000-watt space heater, and most of that heat is produced inside a tiny silicon chip a few square inches in area.

The smaller the features of the CPU are, the less electricity it uses per core. The heat is produced when the CPU is energizing and de-energizing (switching) the transistors. The higher the clock speed, the more often that happens, the more heat the CPU produces. But as the transistors become smaller, they need less energy to switch, which means you can push the clock speed up. This means that even on those densely packed 32-core CPUs, AMD will be able to bump the clock speed to the 5Ghz range.

So, if we go back to our engine analogy, we are talking about 64 engines pushing 5,000 horsepower each now, for a grand total of 320,000 horsepower. How is that for a game changer?

History Says That People are Loyal to Intel

Finally, Pierre Ferragu argues that in 2014, Intel delayed 14nm CPUs, but neither its PC CPU nor server CPU revenue had been impacted significantly. The assumption is that: a) people just don't care about feature size, and b) that people are loyal to Intel. But is that really the case today?

First, let's look at what other options did people have in 2014. AMD had nothing competitive. No one else really makes x86 CPUs in volume. So, what exactly were the dissatisfied customers of Intel supposed to do? Switch to ARM? Hmm, now that's an idea. Don't we know a large computer manufacturer that is rumored to be doing just that by 2020 or so? Oh yeah, Apple (NASDAQ:AAPL)!

And why would Apple be so gung-ho about switching to its own ARM architecture? Could it have something to do with the fact that Intel was dragging its feet in 2014, which caused Apple to delay the update of its MacBook Pro line for well over a year? I think delaying that 14nm switch indeed had quite a bit to do with Apple looking elsewhere for its future CPU partner. And there was a reason why it wanted the smaller nm chip in its laptops. The company is obsessed with thinness, and switching to a newer-generation CPU allowed it to maintain same battery life while shrinking the battery by roughly 30%, for reasons explained above. 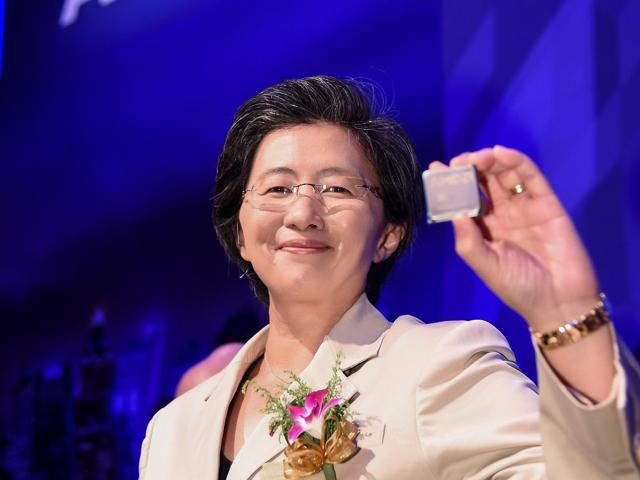 Today, there is a very compelling alternative to Intel, and that is AMD. AMD has chips that perform very well, will soon become more energy efficient than Intel with the switch to the 7nm process, and have desirable features such as Secure Encrypted Virtualization (SEV) - a feature we discussed in an article here - which could actually effectively resist the kind of hardware hacking that Bloomberg reported on recently.

(For full disclosure, though I find the article by Bloomberg highly suspect for a number of technical reasons beyond the scope of this article, the actual idea of hardware hacking is highly plausible and can be effectively secured against with AMD's SEV technology.)

Unlike in 2014, if Intel drags its feet today, there is a ready and willing competitor ready to step in. The company no longer has the luxury of resting on its laurels.

At Zynath, we are long both AMD and INTC, because these companies have huge secular tailwinds with artificial intelligence. Today, AI is where Internet was in 1998. We can't even imagine the world that AI is going to bring to us in the next few decades, and those changes and innovations are going to be powered by the currently beaten-down semiconductor industry. Our previous price target for AMD was $20 by the end of 2018 and in the neighborhood of $30 by the end of 2019. Maybe not as optimistic as you would like us to be, but we try to stay on the conservative side.

If you followed the options play laid out in our previous article and sold out once AMD hit $30, you should be sitting on 200% ROI. It appears that Wall Street is dead set on driving AMD below $20, and this can actually happen, especially with all the retail investors being currently shaken out. We have fully covered our long options play at $31 a share and will buy back the calls if AMD trades in the $19-20 range. If that happens, we suggest you do the same with AMD profits you hopefully took earlier this year.