Sellers have been modifying lower end NVIDIA graphics cards and selling them more powerful cards online. In a recent version of the GPU-Z graphics card information utility, TechPowerUp has added the ability to now detect these fake NVIDIA cards

"We worked extensively on the ability of GPU-Z to detect fake NVIDIA graphics cards (i.e cards not really having the GPU advertised on the box), " TechPowerUp's release notes stated. "GPU-Z now prepends "[FAKE]" to the Graphics Card name field, and lights up with a caution triangle. This capability is forward compatible for the supported GPUs (listed in the changelog), so for example, it will be able to detect a fake RTX 2060, which in reality uses a GK106 GPU. "

You can see an example of how a legitimate NVIDIA card and a fake one would appear in GPU-Z below. 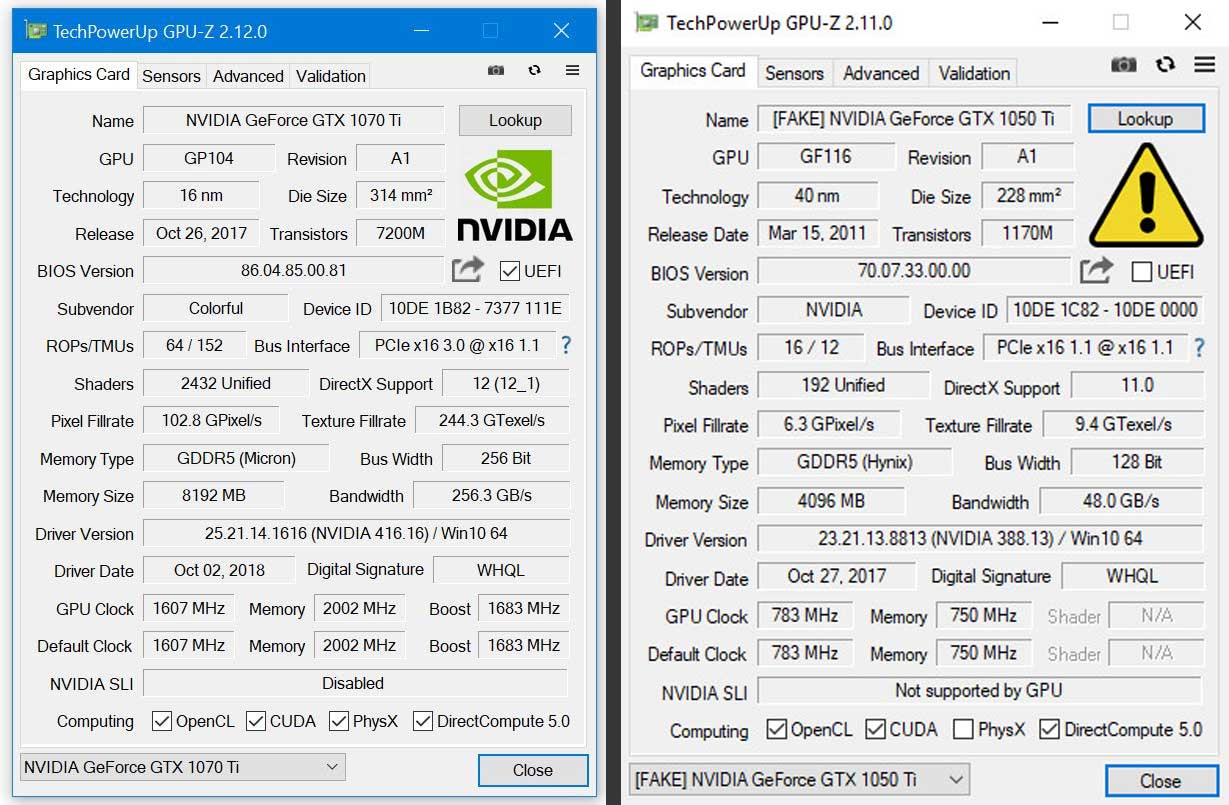 TechPowerUp was not willing to elaborate on how they are detecting the fake GPUs, but they did tell BleepingComputer that the sellers are modifying the BIOS so that they appear as higher end graphics cards. TechPowerUp also told us that they are not aware of fake AMD cards and that these cards are typically sold in China, but can make it to the West through eBay sellers.

While this new feature won't protect buyers from purchasing fraudulent GPUs, it will allow them to determine if they purchased a fake card. With that information, they can then return the device or dispute the purchase.