Now water can be harvested from fog, thanks to IIT Mandi researchers

Indian Institute of Technology Mandi Researchers has developed a nature-inspired material that can harvest water from fog. The Researchers have designed water harvesting surfaces based on the surface structure of the leaves of an ornamental plant called the Dragon's lily head (Gladiolus dalenii).

A Research team lead Dr. Venkata Krishnan, Associate Professor of Chemistry at the School of Basic Sciences, IIT Mandi, studied the intricate structures on the body of plants that capture water from air and mimics them to build materials that can harvest water.

Research teams worldwide are working towards developing techniques that can harvest water from unexpected sources, such as fog and mist, to meet the burgeoning demand for water.

Many of these researchers look to nature for ideas. Biomimetics has inspired us in innovations ranging from the humble Velcro to the large metal birds that fly us across nations and continents. 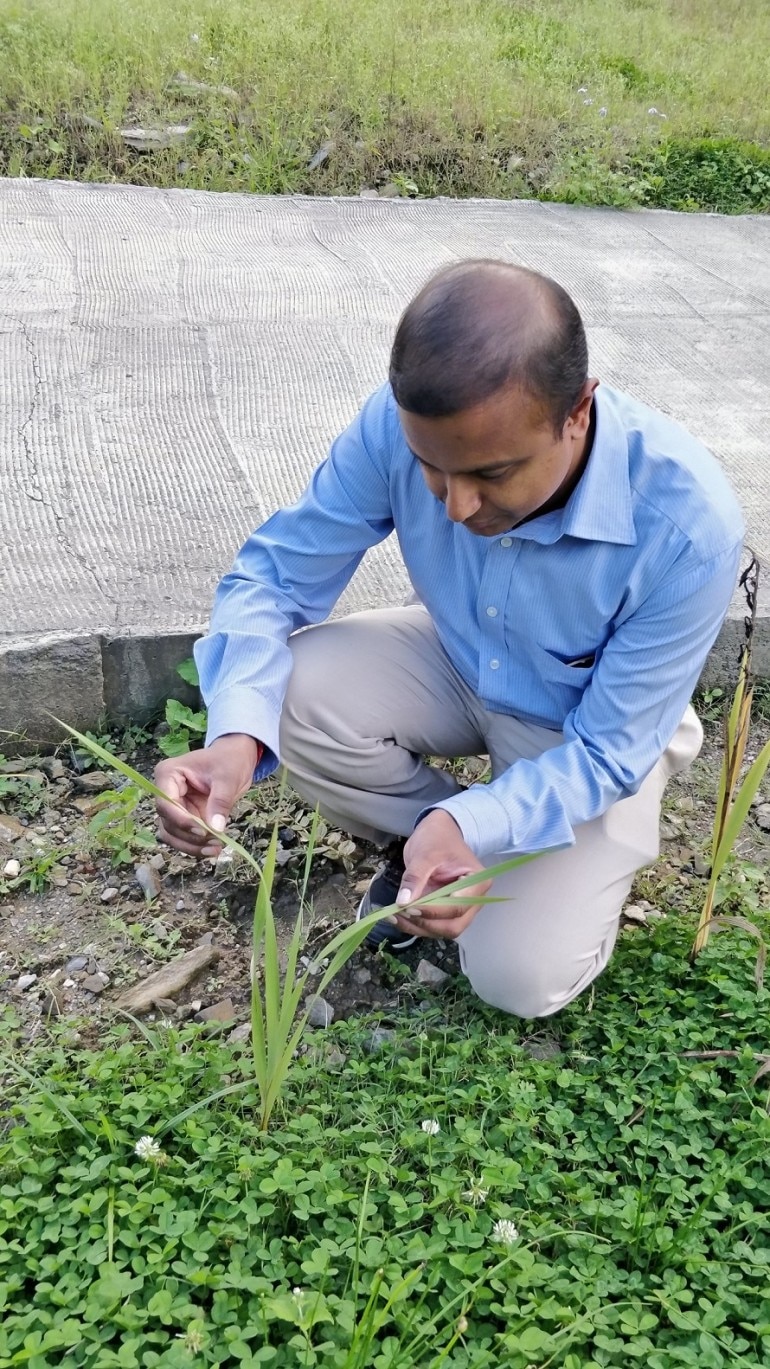 Leaves can harvest water from dew and fog, here's how

Can we take a leaf out of nature's book to develop sustainable water harvesting technologies? "Yes, both literally and figuratively," says Dr. Venkata Krishnan, "there are several plants in arid and semi-arid regions of the world whose leaves can harvest water from dew and fog. If they can do it, so can we," he adds.

Dr. Venkata Krishnan and his team have found that three dimensional hierarchical structures on the plant body help in water harvesting, much like the ridges and bumps on the body of the beetles.

The team at IIT Mandi has studied the mechanism by which Bermuda grass harvests water from fog. The researchers have discovered two interesting structural traits - well-arranged conical spines with sharp edges, in which the deposition of fog droplets occurs and hierarchically organized seedheads that have flattened surfaces with gradient grooves, which transport the coalesced water droplets in a particular direction.

"The gradient of the Laplace pressure and fibre-like hanging phenomenon of the droplet allow the grass to efficiently collect fog. Understanding the structural characteristics of the grass offers ideas for designing material for water harvesting", says Dr. Venkata Krishnan.

The team has also studied fog collection and water-channelling properties of a herbaceous fern called Dryopteris marginata.
This fern has an intricate system of multiscale channels so that the water spreads quickly and is transported efficiently.
The researchers did not stop with just studying this fern, they replicated it in the laboratory, wherein hierarchical multi channels were fabricated by facile soft-lithographic technique on a polymer substrate.
Excellent water channelling was observed in these polymer structures.

More recently, Dr. Venkata Krishnan and his group have designed water harvesting surfaces based on the surface structure of the leaves of an ornamental plant called the Dragon's lily head (Gladiolus dalenii).

The surface patterns on the leaf in micrometre (10-6 m) and nanometre (10-9 m) scales were evaluated in relation to the water harvesting properties, and the patterns were replicated using soft lithographic technique as before, onto a polymer material. The team found a 230 per cent enhancement on the fog harvesting performance of the patterned samples, compared to an unpatterned control sample.

12 per cent people do not have access to clean drinking water, says study

A recent study by WaterAid, a water and sanitation non-profit organization in London, reports that 163 million people of the 1.35 billion population of India - a whopping 12 per cent- do not have access to clean drinking water.

Solutions to provide drinking water to India's growing population must not only span policy and behavioral changes but also incorporate scientific and technological innovations inspired by nature.

Read: NDMC gets notice by civic body for issuing circular for recital of 'Gayatri Mantra' in schools