Three scientists shared this year’s Nobel Prize in Chemistry for tapping the power of evolutionary biology to design molecules with a range of practical uses. Those include new drugs, more efficient and less toxic reactions in the manufacture of chemicals and plant-derived fuels to replace oil, gas and coal extracted from the ground.

Half of the prize and the accompanying $1 million went to Frances H. Arnold, a professor of chemical engineering at the California Institute of Technology. She is only the fifth woman to win a chemistry Nobel and the first since 2009.

The other half of the prize is shared by George P. Smith, an emeritus professor of biological sciences at the University of Missouri, and Gregory P. Winter, a biochemist at the M.R.C. Laboratory of Molecular Biology in England.

The Royal Swedish Academy of Sciences said the scientists had managed to harness the power of evolution in test tubes. Enzymes produced through directed evolution are used to manufacture everything from biofuels to medical treatments. Phage display has produced antibodies that can neutralize toxins, counteract autoimmune diseases and even cure metastatic cancer.

“This year’s Nobel Laureates in chemistry have been inspired by the power of evolution and used the same principles — genetic change and selection — to develop proteins that solve mankind’s chemical problems,” the academy said in documents explaining the prizes. 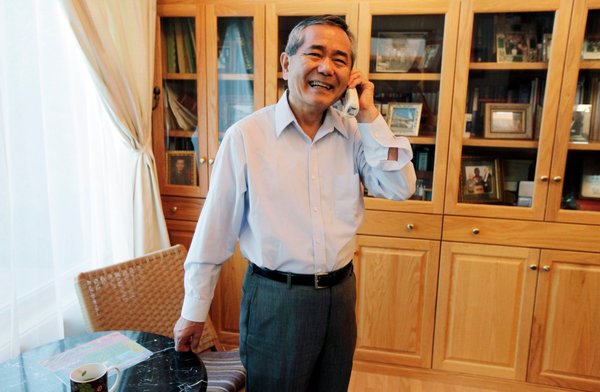 How eight winners got the word.

Dr. Arnold’s work, which has been utilized to create sustainable biofuels, is “contributing to a greener world,” the academy added.

Dr. Smith’s development of phage display to link proteins to genes was described by the academy as “brilliant in its simplicity.” Dr. Winter was one of the leaders in using phage display to develop new biomolecules, including disease-blocking antibodies.

Jacques Dubochet, Joachim Frank and Richard Henderson were recognized for developing a new way to assemble precise three-dimensional images of biological molecules like proteins, DNA and RNA. Their work has helped scientists decipher processes within cells that were previously invisible, and has led to better understanding of viruses like Zika.

• Arthur Ashkin of the United States, Gérard Mourou of France and Donna Strickland of Canada were awarded the Nobel Prize in Physics on Tuesday for their work developing tools made of light beams.

• James P. Allison and Tasuku Honjo were awarded the Nobel Prize in Physiology or Medicine on Monday for a discovery that the body’s immune system can be used to attack cancer cells.

• The Nobel Peace Prize will be announced on Friday in Norway. Read about last year’s winner, the International Campaign to Abolish Nuclear Weapons.

• The Nobel Memorial Prize in Economic Science will be announced on Monday in Sweden. Read about last year’s winner, Richard H. Thaler.

• The Nobel Prize in Literature has been postponed. The institution that chooses the laureate is embroiled in a scandal involving allegations of sexual misconduct, financial malpractice and repeated leaks — a crisis that led to the departure of several board members and required the intervention of the king of Sweden. Read about last year’s winner, Kazuo Ishiguro.