TLDR: We love simple, yet powerful CLI apps. But while MacOS, iOS and Android apps can be sold and bought in their respective app stores, there is currently no place to sell and buy CLI apps. Therefore we developed cliapp.store! It provides a thoughtfully crafted store to discover the best CLI apps, learn about their features and easily install them. 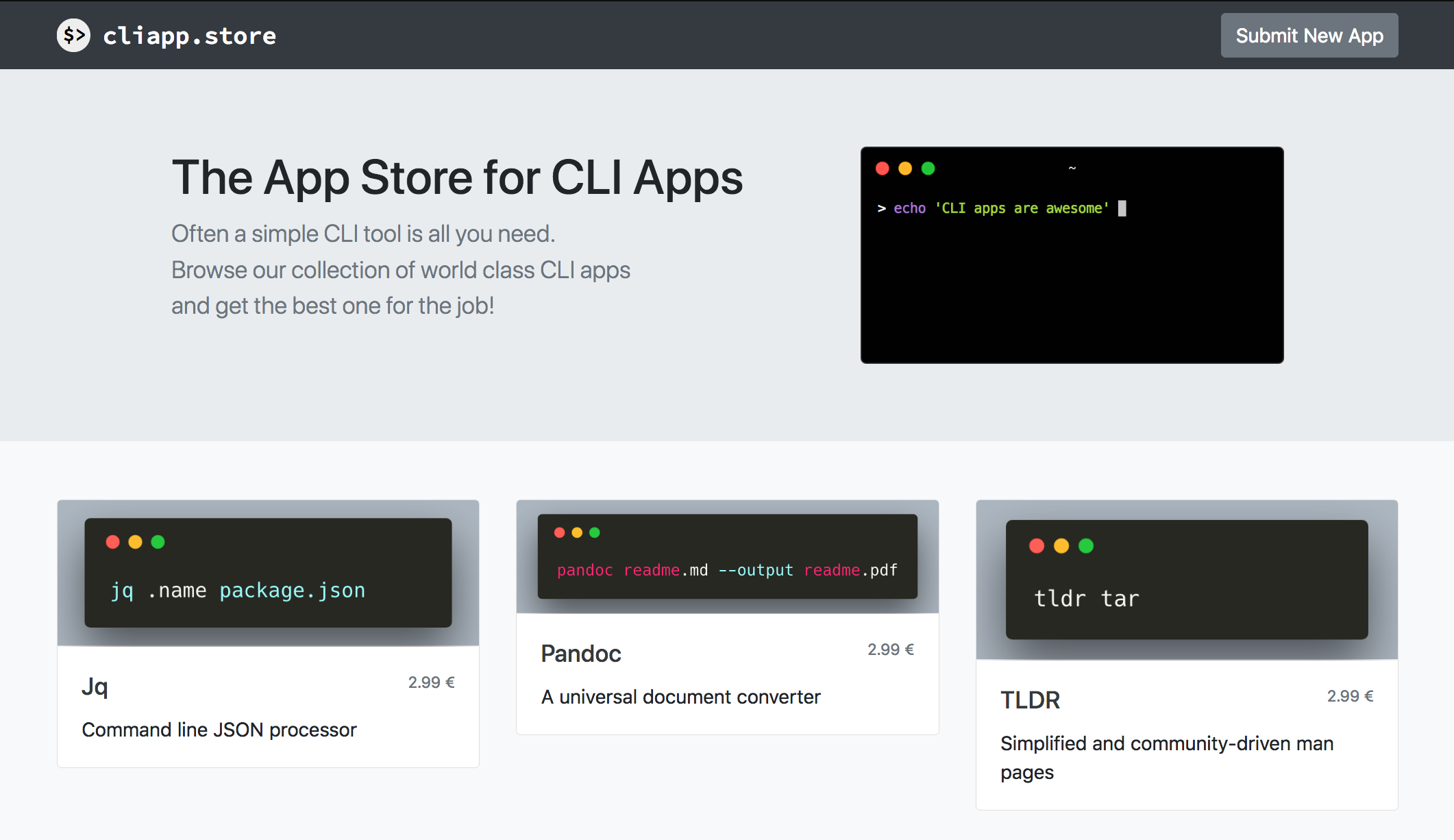 As I already described in the last post, we're huge fans of polished CLI apps and we also built a few apps on our own in order to simplify processes and leverage the raw power of the command line.

And while there are hundreds of apps available online they are mostly a labor of love of open source enthusiast which sacrifice their spare time to build those tools. This often leads to several unsatisfactory outcomes:

Many of these points have been extensively discussed before . There have also already been efforts to find better ways to sustain open source development. E.g. check out lemonade-stand for one of the most extensive guides around.

However, many of those solutions are quite detached from the product itself and therefore complicated to use and / or lack signaling about the users preferences (e.g. donating to a large organization with hundreds of projects).

The simplicity and immediacy of choosing an app on an app store, buying it and being instantly able to use it is one of the factors that made them such a huge success.

In order to provide a way to develop CLI apps sustainable and offer the superior usability of app stores to users, we decided to build cliapp.store. Now that we've accomplished the first step, we need your help to fill the app store with amazing apps! Just to give you a few examples what kind of apps we envision:

We can't wait for the apps you'll submit 😁!

Also please let us know your thought on this on Twitter @feramhq or jump into the discussion on Hacker News Any features you'd love to see? Any apps we should definitely have?