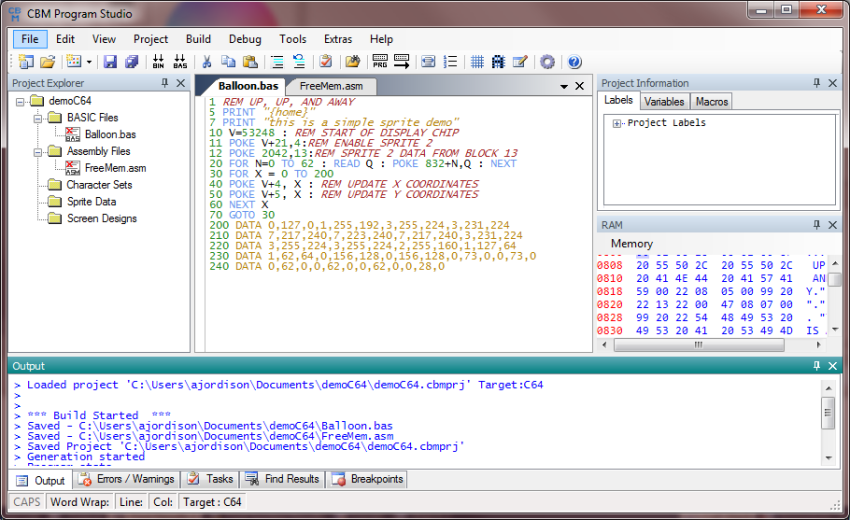 The image below shows a simple assembly program being edited. It also shows the Project Information window which details any labels, macros or variables used. 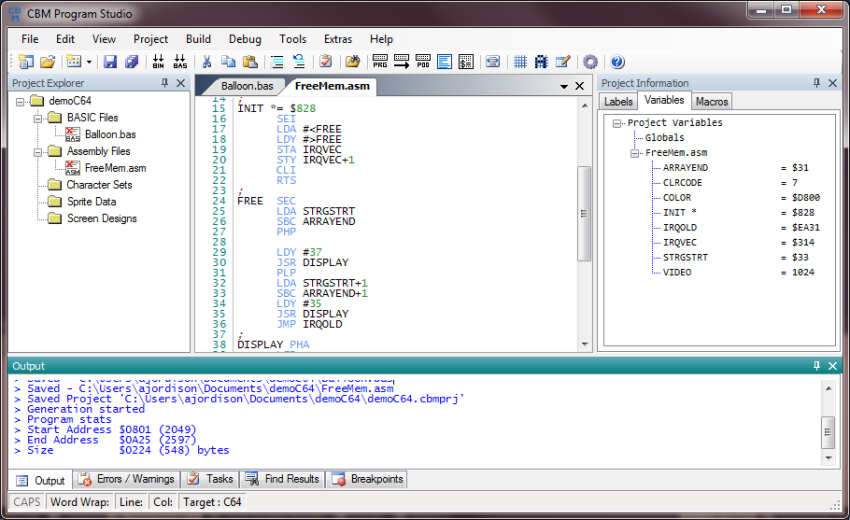 Below is the debugger. The debugger allows assembly programs to be ran or single stepped through. It uses configurable breakpoints to be set and also monitors the 6510 registers and user defined memory locations. 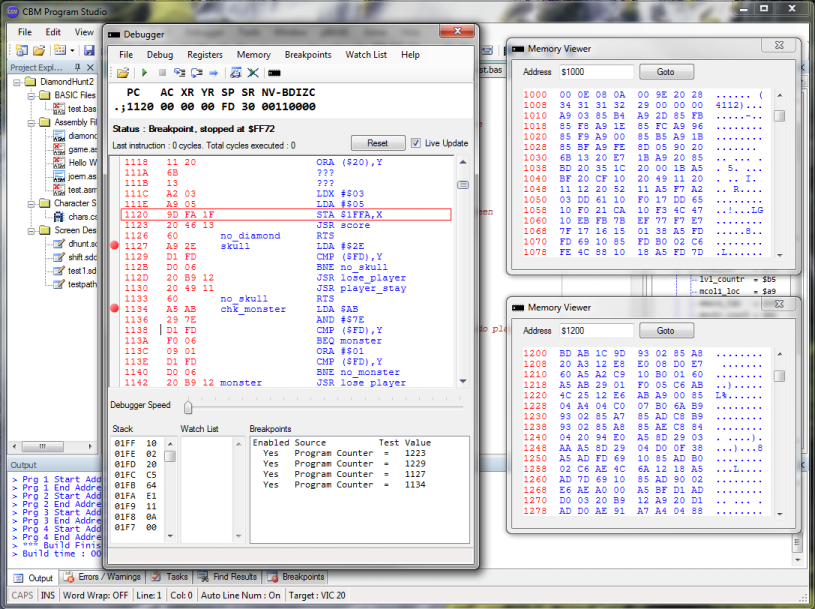 Below is the sprite editor dialog. The editor allows the creation, saving and loading of up to 128 sprites. The sprite data can be generated as either DATA statements directly into your BASIC program or byte statements in your assembly listing. Sprite data can also be extracted from source files. 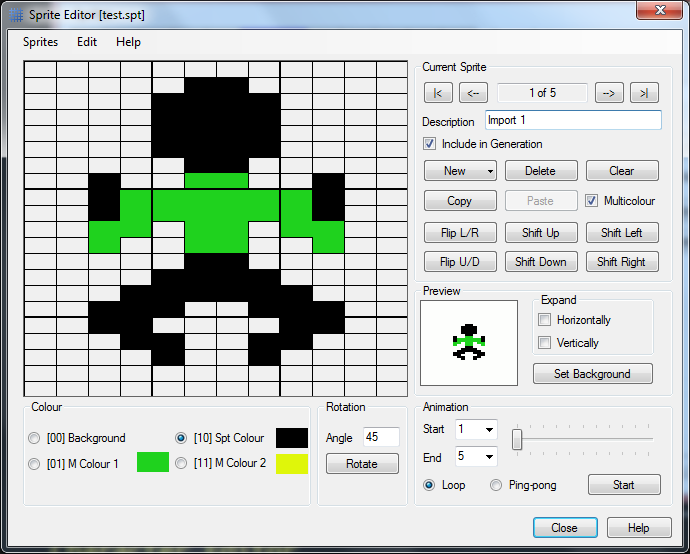 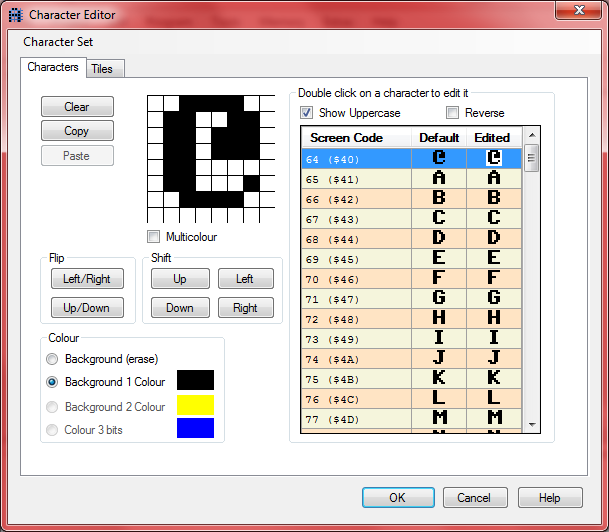 The Screen Code Builder dialog lets you build up strings of screen control codes. No more having to remember what the code to clear the screen is! The real reason for this is many listings found on the net use non standard codes and this dialog is used to translate them. Either BasText or tok64 codes can be used. 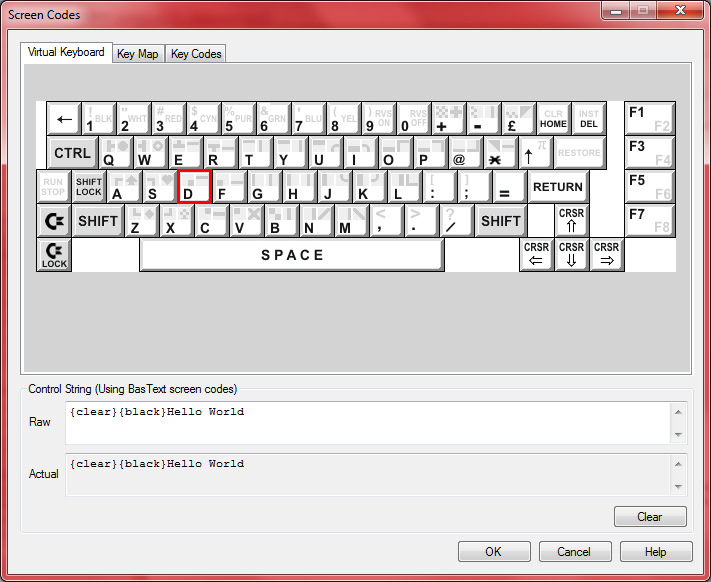 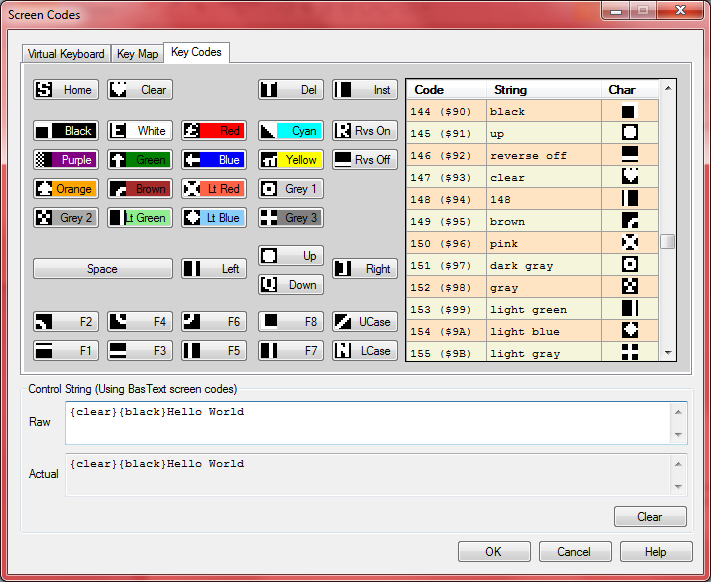 The Screen Designer can be used to create screen layouts by 'painting' with characters. Paths can also be plotted and the XY point data generated from them. 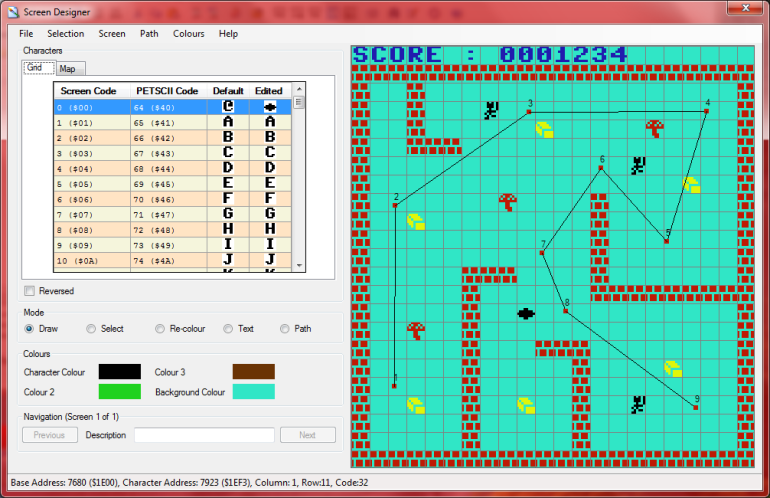 The SID tool can be used to create sounds and play them with a simple 2 octave keyboard. Settings can be saved and exported to basic or assembly code. 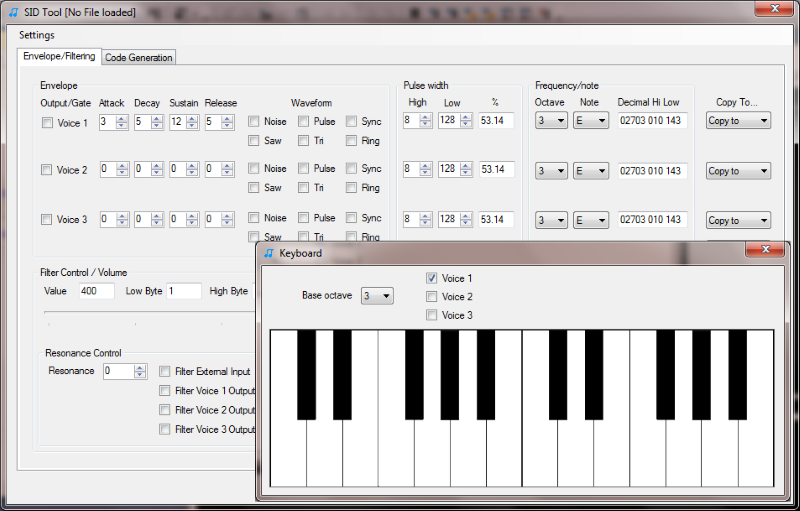