Box-office giant Ticketmaster is recruiting professional scalpers who cheat its own system to expand its resale business and squeeze more money out of fans, a CBC News/Toronto Star investigation reveals.

In July, the news outlets sent a pair of reporters undercover to Ticket Summit 2018, a ticketing and live entertainment convention at Caesars Palace in Las Vegas.

Posing as scalpers and equipped with hidden cameras, the journalists were pitched on Ticketmaster's professional reseller program.

Company representatives told them Ticketmaster's resale division turns a blind eye to scalpers who use ticket-buying bots and fake identities to snatch up tickets and then resell them on the site for inflated prices. Those pricey resale tickets include extra fees for Ticketmaster.

"I have brokers that have literally a couple of hundred accounts," one sales representative said. "It's not something that we look at or report." 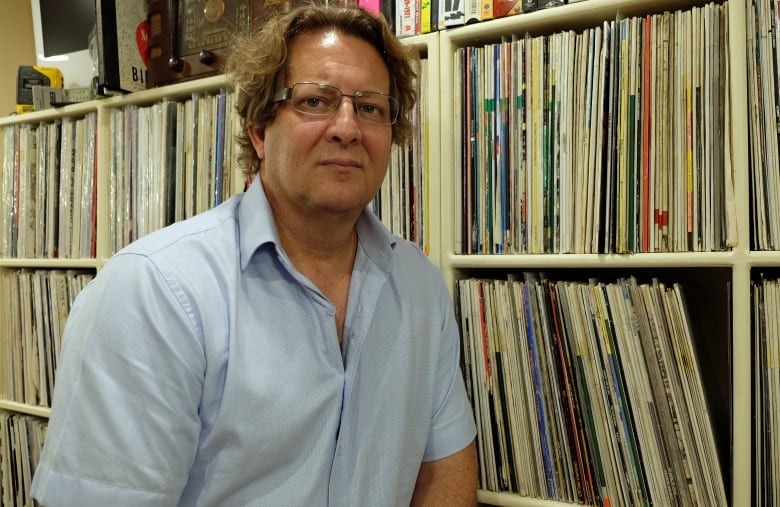 CBC shared its findings with Alan Cross, a veteran music journalist and host of the radio program The Ongoing History of New Music, who suspects the ticket-buying public will be far from impressed: "This is going to be a public relations nightmare."

He said there have been "whispers of this in the ticket-selling community, but it's never been outlined quite like this before."

"It does seem a bit stinky, doesn't it?"

By partnering with scalpers, Ticketmaster has done an about-face from its position of less than a decade ago when then-CEO Irving Azoff told U.S. legislators: "I believe that scalping and resales should be illegal."

Two floors above the slot machines and blackjack tables at Caesars, Ticketmaster was one of dozens of vendors and speakers at the convention, which bills itself as a "one-of-a-kind networking event" for industry leaders and small businesses alike.

CBC reporter Dave Seglins signed up as "David Geoffrey," a small-time scalper from Toronto with a fictitious company, DGS Promotions. 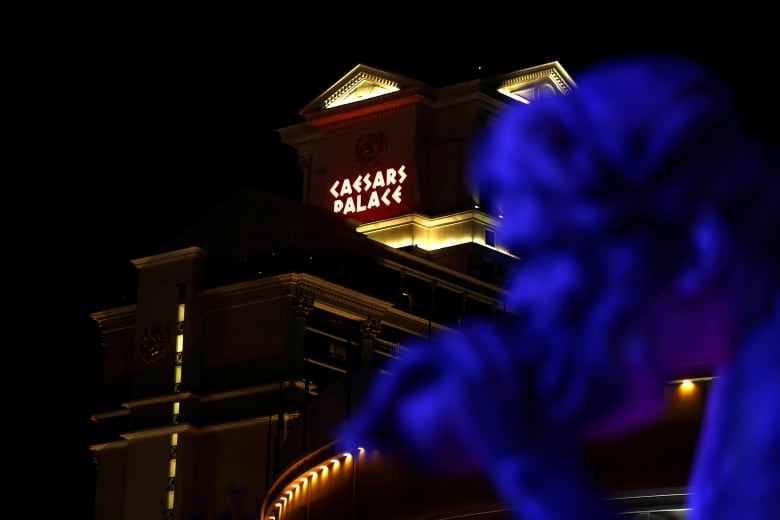 With hidden cameras rolling, he mingled with some of the world's most successful scalpers, documenting candid accounts from players inside this notoriously secretive industry.

Casey Klein, Ticketmaster Resale director, held a session that was closed to the media called "We appreciate your partnership: More brokers are listing with Ticketmaster than ever before."

The audience heard that Ticketmaster has developed a professional reseller program and within the past year launched TradeDesk, a web-based inventory management system for scalpers. The company touts it as "The most powerful ticket sales tool. Ever." 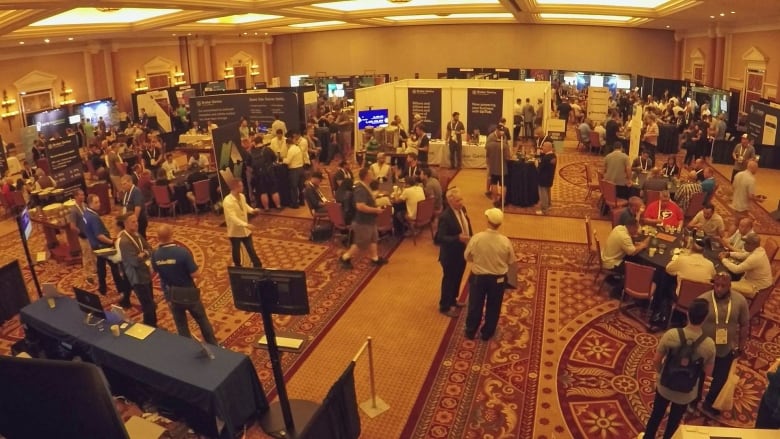 A look at the convention floor, where top-level scalpers mingled with representatives from industry leaders such as Ticketmaster. (CBC )​

Neither TradeDesk nor the professional reseller program are mentioned anywhere on Ticketmaster's website or in its corporate reports. To access the company's TradeDesk website, a person must first send in a registration request.

Not building a 'better mousetrap'

On the trade show floor, a handful of Ticketmaster salespeople handed out cupcakes, and at two cubicle workstations, they provided online demonstrations of TradeDesk.

One of the presenters, who was unaware he was speaking with undercover journalists, insisted that Ticketmaster's resale division isn't interested in whether clients use automated software and fake identities to bypass the box office's ticket-buying limits.

"If you want to get a good show and the ticket limit is six or eight ... you're not going to make a living on six or eight tickets," he said.

While Ticketmaster has a "buyer abuse" division that looks out for blatantly suspicious online activity, the presenter said the resale division doesn't police TradeDesk users.

CBC heard the same message from a different Ticketmaster employee during an online video conference demonstration of TradeDesk at an earlier stage of the undercover investigation back in March.

"We've spent millions of dollars on this tool. The last thing we'd want to do is get brokers caught up to where they can't sell inventory with us," he said when asked whether Ticketmaster will ban scalpers who thwart ticket-buying limits — a direct violation of the company's terms of use.

"We're not trying to build a better mousetrap."

Ticketmaster, which is owned by Live Nation, the world's largest concert promoter, has made it clear to shareholders that it plans to expand further into the resale market.

As Part 1 of the CBC News/Toronto Star investigation revealed yesterday, resale tickets are particularly lucrative for Ticketmaster because the company charges fees twice on the same ticket.

So, for example, if Ticketmaster collects $25.75 on a $209.50 ticket on the initial sale, when the owner posts it for resale for $400 on the site, the company stands to collect an additional $76 on the same ticket. 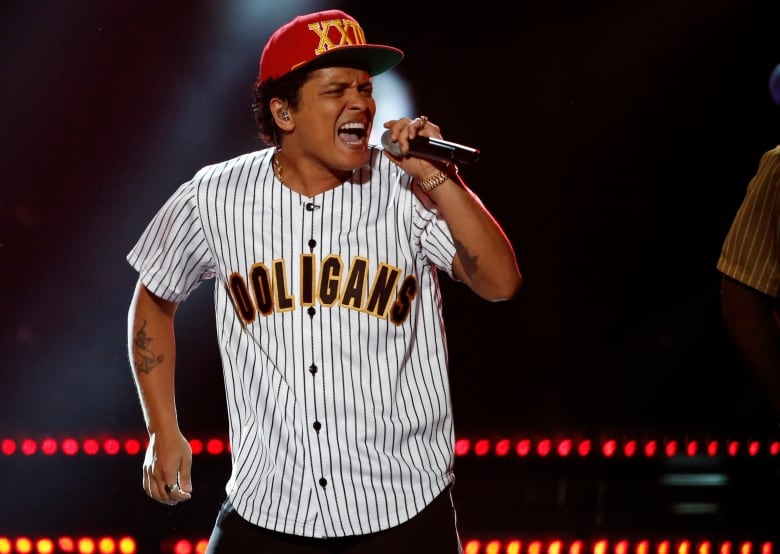 CBC News obtained a copy of Ticketmaster's official reseller handbook, which outlines these fees. It also details Ticketmaster's reward system for scalpers. As scalpers hit milestones such as $500,000 or $1 million in annual sales, Ticketmaster will knock a percentage point off its fees.

The Ticketmaster employee who gave the video conference demonstration in March said 100 scalpers in North America, including a handful in Canada, are using TradeDesk to move between a few thousand and several million tickets per year.

"I think our biggest broker right now has probably grabbed around five million," he said.

Cross, who has spent the past two years researching online ticket sales, suspects some fans will read about this and conclude Ticketmaster is colluding with scalpers.

"On one hand, they say, 'We don't like bots,' but on the other hand, 'We have all these clients who may use bots.'"

Imbalance of supply and demand

Ticketmaster has declined repeated requests for an interview.

CBC and the Toronto Star submitted a list of specific questions about the company's scalper program.

In a statement to CBC News, the company made no mention of the program, nor did it comment on its recruitment effort in Las Vegas.

Ticketmaster did say that as long as there is an imbalance between supply and demand for live events, "there will inevitably be a secondary market."

"As the world's leading ticketing platform, representing thousands of teams, artists and venues, we believe it is our job to offer a marketplace that provides a safe and fair place for fans to shop, buy and sell tickets in both the primary and secondary markets," wrote Catherine Martin, senior vice-president of communications, based in Los Angeles.

But Richard Powers, associate professor at the University of Toronto's Rotman School of Management, says what Ticketmaster is doing is unethical.

With its near monopoly on box-office tickets, Ticketmaster should not also be allowed to profit from the scalping of those same tickets, he says.

"Helping to create a secondary market where purchasers are duped into paying higher prices and securing themselves a second commission should be illegal."

For Alan Cross, the program raises a series of ethical questions:

"It is probably going to trigger some questions," he said, "and if not from governments, certainly from the general public."