Mistaeks I Hav Made: Avoiding Nulls with "Tell, Don't Ask" Style 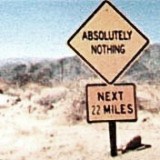 When dealing with possibly non-existent information, a Maybe type forces client code to be aware of, and deal with, the possible non-existence of information. That complicates the API, violates information hiding and spreads awareness of the possible non-existence of the information throughout the code, complicating everything as it goes. (This is a cue for Haskell programmers to feel smug about monads.) For that reason, I consider a Maybe type to be a tool of last resort when eliminating the use of null references from my code. If my objects follow the Tell, Don't Ask style, I can avoid it altogether.

If an object has a query method that returns a value that might not exist, then it must have some way of returning the "does not exist" case.

For example, if I have a Customer that may or may not have an email address, and that is exposed as a public accessor, I have to have some way to represent the case when the email address doesn't exist. For example, by using the Maybe type I described earlier.

On the other hand, if I use a Tell, Don't Ask style, instead of exposing a Maybe<EmailAddress>, I can give the customer a method like:

If the Customer has an email address, it calls back to sendByEmail. If not it calls sendByPost:

Now that the existence of the emailAddress is entirely hidden within the customer class, I'd be happy to replace the Maybe with a nullable reference, because that null won't pass between different objects and potentially cause NullPointerExceptions in far away parts of the codebase.

Replacing the Conditional with Polymorphism

Taking it further, I can give the EmailAddress and PostalAddress a common interface:

In this way I raise the abstraction level of programming of how to send updates to different customers from low-level procedural / algorithmic code containing conditional logic on the state of my objects up to high-level, compositional code that doesn't care about state. The composition of objects defines the system's behaviour. The code that does the composing acts as a declarative description of that behaviour.