The Escape of Bernd Boettger 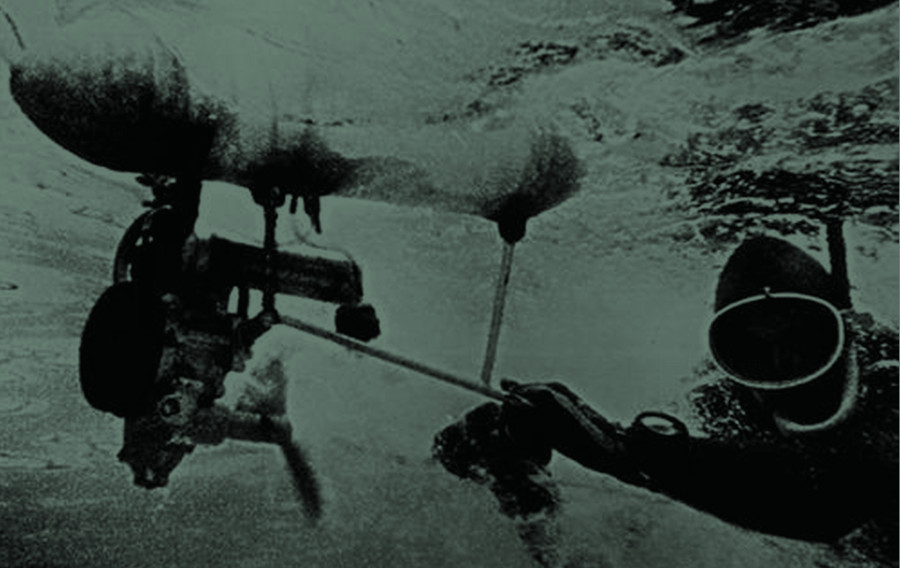 All attempts to escape from East Germany deserve admiration but Bernd Boettger's is undoubtedly one of the greatest and most fascinating. Although not technically a naval/military topic the historical context and ingenious engineering involved fits with the wider SDV narrative.

At the end of WW2 Germany was divided between Soviet Russia and the Western allies, specifically US, UK and France. As the Cold War set in those living in East Germany found themselves on the disadvantaged and oppressed side of the divide and a steady stream of people moving from East to West began. The authoritarian communist regime caught on to this fact and set about preventing people from escaping the socialist paradise in usual Soviet fashion. Starting in 1961 they built the famous Berlin Wall with its multiple layers of concrete, barbed wire, guard towers, automatic guns and hungry German Shepherd dogs. It was not a defense against invasion; it was designed solely to keep the oppressed masses in. And it was not just in Berlin, the border extended north and south dividing the whole of Germany in two. Following it northwards, it eventually came to a sandy beach where it petered out into the cold waters of the Baltic. It was here that Bernd Boettger was to make his escape.

The fence at the Baltic border looked flimsy but it was heavily guarded. Making a run for it would have been suicidal.

Bernd Boettger was a 28 year old engineer, musician and water sport enthusiast who like many people wanted to escape from the East. Being a keen swimmer and deciding that his best bet for escape was to swim around the northern tip of the border, Boettger made a swim for it on July 7th 1967. He was lucky to survive as the much feared border guards quickly caught him and passed him over to the Stasi. East Germany's equivalent of the KGB, these guys were amongst the most dreaded and ruthless secret police forces in the world. That could have been the end of him but due to his engineering background (a much needed profession) he was actually let off quite lightly and was back in circulation less than a year later. His resolve doubled, he set about ensuring that his next attempt would not be foiled.

Using his engineering skills Boettger designed an underwater diver tug which would tow him far out to sea with the aim of reaching Sweden or Denmark. Unlike military tugs which used an electric motor Boettger had to make use of what he had available and managed to lay his hands on a tiny 2-stroke gasoline engine from a powered bicycle. This required air to run so he added a rubber snorkel tube which would be above the surface. The exhaust ran into a cylindrical container above the craft which also acted as a float. He would hang onto a frame which extended behind the craft and be towed through the water at about 2kts. A small contraption, it only weighed about 22lbs which was light enough to be carried across the beach by hand. He didn't have breathing apparatus but he did manage to obtain a wetsuit from his aunt in West Germany and made a snorkel for himself. The whole rig cost him about $50 which was a considerable sum in East Germany but a small price to pay for freedom. 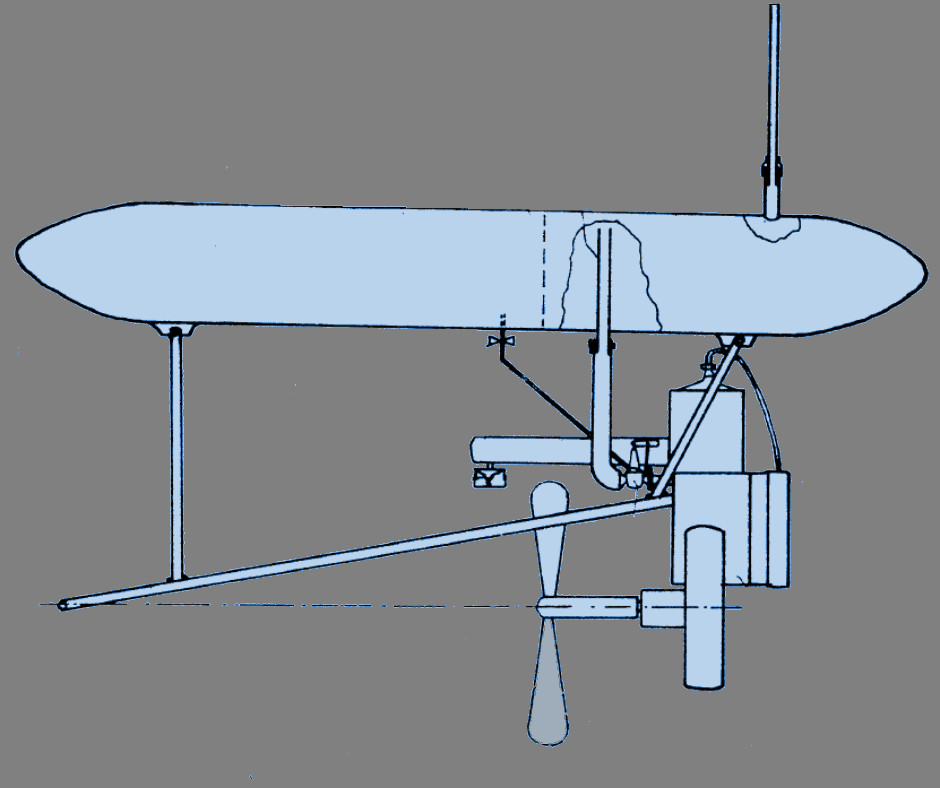 For me the next point is simply amazing: obviously he could not test his invention before the actual event, it had to work first time! He must have known that his life would be cut short if the Stasi caught him again but his desire to escape and self-belief drove him forward. The escape was made on 8th September 1968 when, under the cover of darkness, he slipped into the sea at Graal-Müritz and headed north towards Sweden. He weighed himself down with a home made 12lb weight belt to ensure his body kept below the water and attached himself to the tug by a rope in case he lost his grip. Slowly he made his way through the criss-crossing paths of the searchlights and patrol boats guarding the border, releasing his weight belt only when he felt safe. He didn't quite make the Swedish coast and instead was swept westwards towards Denmark where he arrived at a Danish lightship and was rescued. His journey to freedom had taken him 15.5 miles. 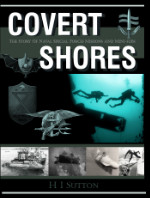 Check it out on Amazon 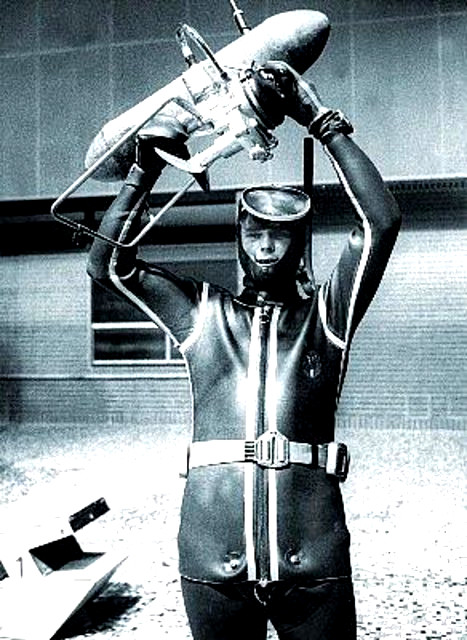 Bottgner posing with his craft after the event

After his escape Boettger enjoyed a modest amount of celebratory status and patented his design. Subsequent designs were more commercially relevant but he stuck to the idea of a gasoline powered tug with a snorkel towing a swimmer just below the surface. This had certain advantages over electric tugs of the period, particularly in terms of cost and range, but was inherently limited in terms of diving depth due to the snorkel. 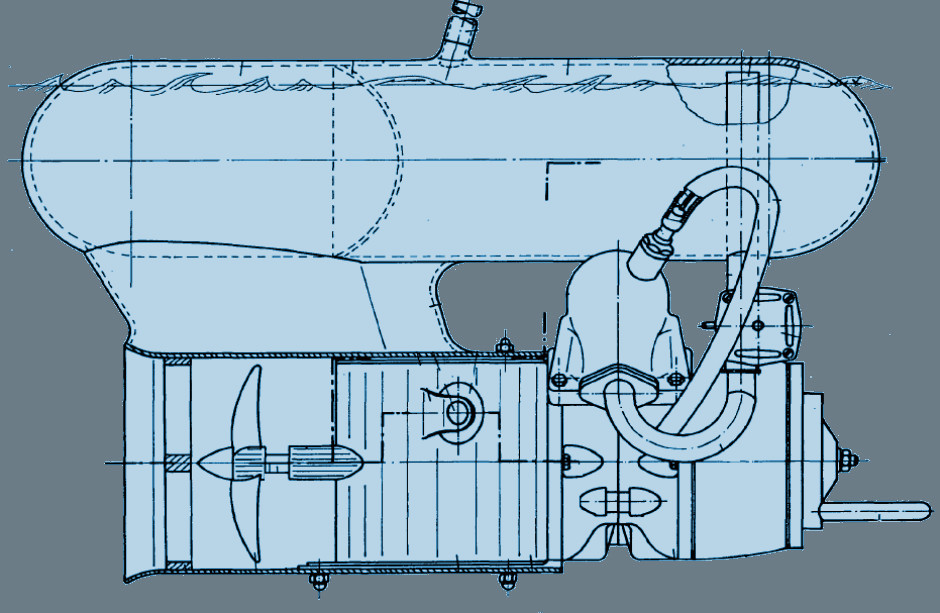 Initial commercial design. Note that the ducted propeller is at the front, pulling the craft along; this is highly unusual.

The original craft, and two of the later commercial models. The central one is the main type still sold today as the AquaScooter.

Contrary to some narratives petrol diver tugs like the AquaScooter are not suited to military applications because they lack stealth. A few semi-surface scooters like this have been tested by naval special forces, including one in US only a year or so before Boettger's escape, but they are not a success.

Curiously however, East Germany's own commando swimmer unit, KSK-18 (Kampfschwimmerkommando-18) went on to develop their own Diver ProplusionVehicle (DPV) which bore an overall uncanny resemblance to Boettger's. It was an electric device but perhaps Boettger's design was an influence?

Tragically in 1974 his life was cut short by a SCUBA diving accident in the warmer waters off Spain whilst trying out his latest prototype. His celebrity-escapee status and the mysterious circumstances of his death were enough to case speculation of sinister plots.