At least seven patients in Beijing who doctors said had “no hope” of regaining consciousness were re-evaluated by an artificial intelligence system that predicted they would awaken within a year.

One 19-year-old patient spent six months with unresponsive wakefulness syndrome – formerly known as being in a vegetative state — after an accident caused a severe injury to his left temple.

Some of China’s best neurologists conducted four rounds of assessments on his potential for recovery and gave him seven out of 23 points on a coma recovery scale, a score which meant his family had a legal right to unplug his life support.

Our machine can ‘see’ things invisible to human eyes

Dr Song Ming of the Institute of Automation

After going through his brain scans, however, the computer gave him more than 20 points, close to the full score.

In another case, doctors gave a 41-year-old female stroke victim who had been in a vegetative state for three months a recovery potential score of six. The computer’s: 20.23.

The young man, middle-aged woman and five other patients whom doctors believed would never recover woke up within 12 months of the brain scan, precisely as predicted.

But the machine also made some mistakes. A 36-year-old man who suffered bilateral brainstem damage after a stroke was given low scores by both doctors and AI. He recovered fully in less than a year.

Ethics and the pursuit of artificial intelligence

The AI system, developed after eight years of research by the Chinese Academy of Sciences and PLA General Hospital in Beijing, has achieved nearly 90 per cent accuracy on prognostic assessments, according to the researchers.

Some of their results were released in a research paper published last month in the peer-reviewed journal eLife.

“We have successfully predicted a number of patients who regained consciousness after being initially determined to have no hope of recovery,” the researchers said in a statement. 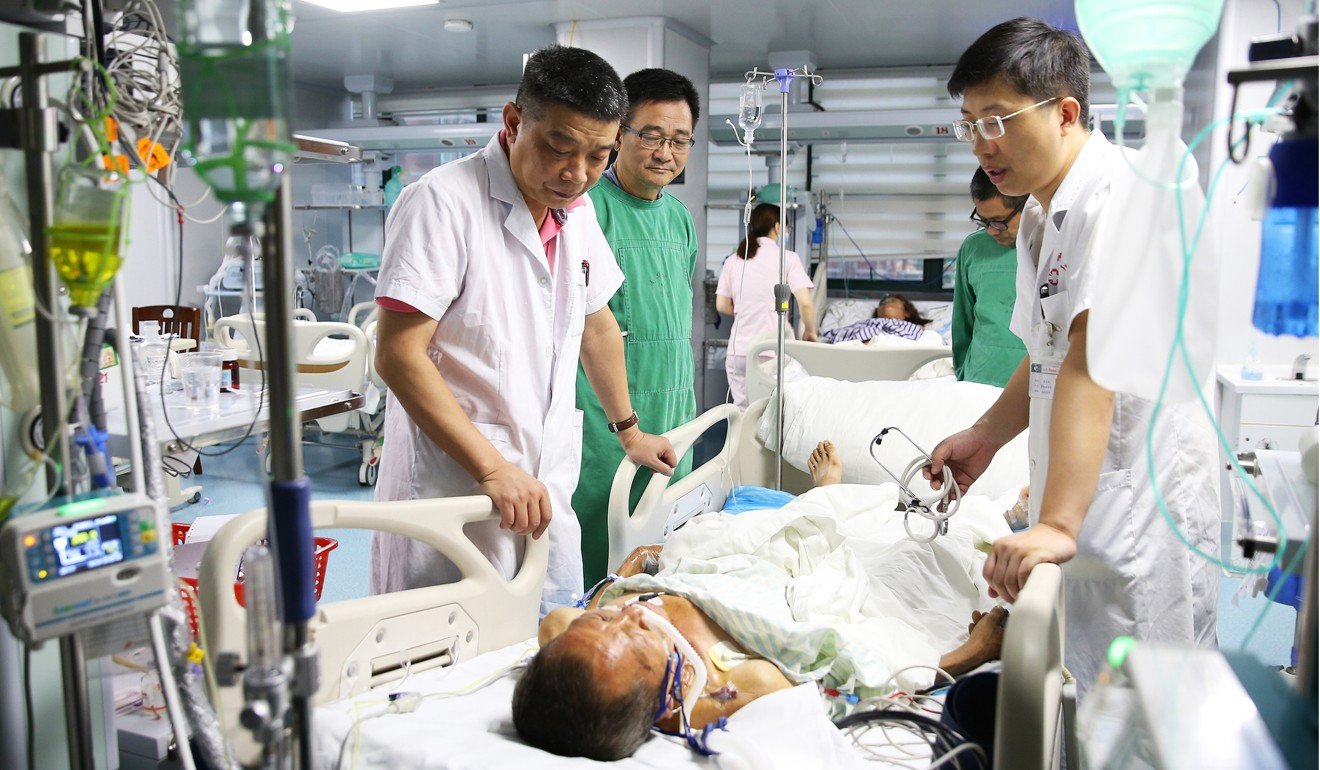 “At present, there are more than 500,000 patients with chronic disturbance of consciousness caused by brain trauma, stroke, and hypoxic encephalopathy with an annual increase of 70,000 to 100,000 patients in China, which brings great mental pain and a heavy economic burden to families and society,” they said.

“The possible prediction of the recovery of patient consciousness will directly affect the choice of clinical treatment strategies, and even the choice of life or death by the patient’s relatives,” the team added.

It will never replace doctors. It is just a tool to help doctors and families make better decisions

Dr Song Ming, associate researcher with the Institute of Automation, Chinese Academy of Sciences and first author of the study, said their system was different from other AI methods used in the diagnosis of diseases such as cancer.

“Our machine can ‘see’ things invisible to human eyes,” he said on Tuesday.

The neural activities are too numerous and sophisticated to be directly visible to doctors but the AI system, equipped with machine-learning algorithms, is able to scrutinise these changing details and discover previously unknown patterns from past cases.

For instance, the machine can look into regions in charge of different functions – including motion control, verbal capability, hearing and vision – to see how they interact with one another after suffering physical damage.

Some patients might have an active mind, but their communication with the outside world is temporarily blocked. Their state is more likely to be misjudged by conventional evaluation methods, which are usually based on operationally defined behavioural responses to specific sensory stimulation.

Artificial intelligence’s greatest contribution may be in health care, and China is leading the way

“The AI system assumes that every patient still has consciousness,” Song said. “Its job is to determine the likelihood they will come to within a certain period.

“It will never replace doctors. It is just a tool to help doctors and families make better decisions.”

Yang Yi, a doctor in the neurosurgery department at PLA General Hospital who was involved in the research, said the AI system had been improved since the project’s launch in 2010. It is now part of the hospital’s daily operation and has helped diagnose more than 300 people, she said.

These patients came from all over China, some from places as remote as Xinjiang in the northwest, and many of their relatives had been told their loved one had little hope for recovery. 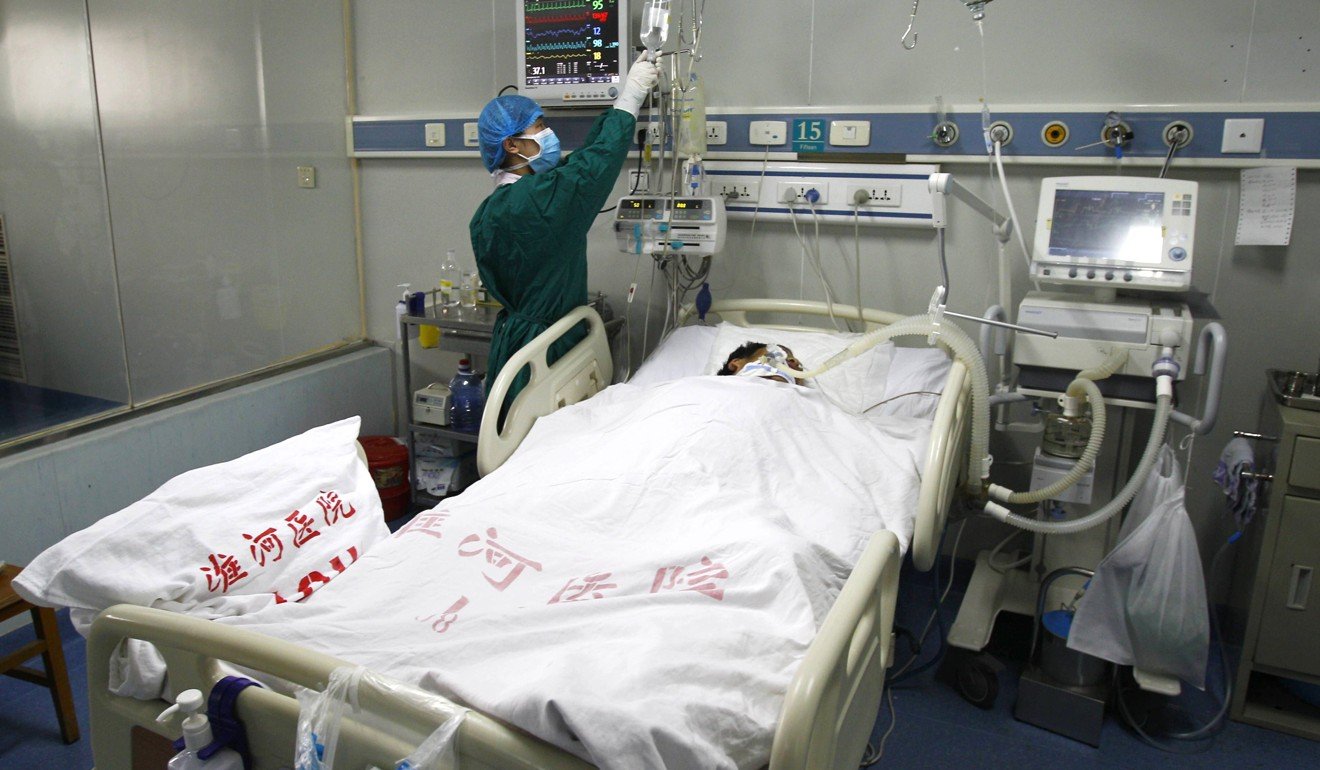 “They were desperate,” Yang said. “When the AI gave an unexpectedly high score, they were thrilled.”

But such cases were still rare, with the AI assessment usually matching that of the doctors.

Even when faced with low AI scores, most families still chose to continue treatment, Yang said.

[The families] were desperate. When the AI gave an unexpectedly high score, they were thrilled

“When we informed the family of the AI score, we always told them it should only weigh 20 to 50 per cent in their decision,” she said. “They need to consider other things, such as ongoing care needs, medical costs, their insurance policy … and the risk of sudden death.

“Sometimes a small disease such as pneumonia can kill a patient,” she said. “The AI cannot predict such events.”

Not all coma patients stay in hospital, Yang said. Many remain at home, in varying conditions. Some families cannot afford the best medicine or medical equipment, while others devote more time to talking and massaging the patient. These factors also affect the likelihood of recovery.

The researchers also found the system worked better on patients in Beijing because it was developed using data mainly collected in the capital. In future, the project’s accuracy is expected to improve further as it includes more data from other parts of China.

By tradition, Chinese families have tended to prolong a loved one’s life for as long as they can afford to do so.

But in recent years, more people are realising this can bring torture and pain to their loved one, who might not want to be trapped in a “living coffin”, Yang said.

“Rational termination of life support for vegetative-state patients can save medical spending and use the resources on people with greater hope for a cure,” he said.

But, he added, “so far, there is no sign that the government has plans to take the decision-making power away from the family”.