‘Gay sex is not a crime,’ says Supreme Court in historic judgment

12 - 15 minutes
NEW DELHI: In a historic judgment, the Supreme Court (SC) on Thursday ruled that consensual adult gay sex is not a crime saying + sexual orientation is natural and people have no control over it.

The judgment, by a Constitution bench of the country's top court, has defanged the British-era Section 377 of the Indian Penal Code (IPC), which deemed that gay sex is a punishable offence. Now, it is no longer an offence under Section 377 to engage in consensual gay sex in private. 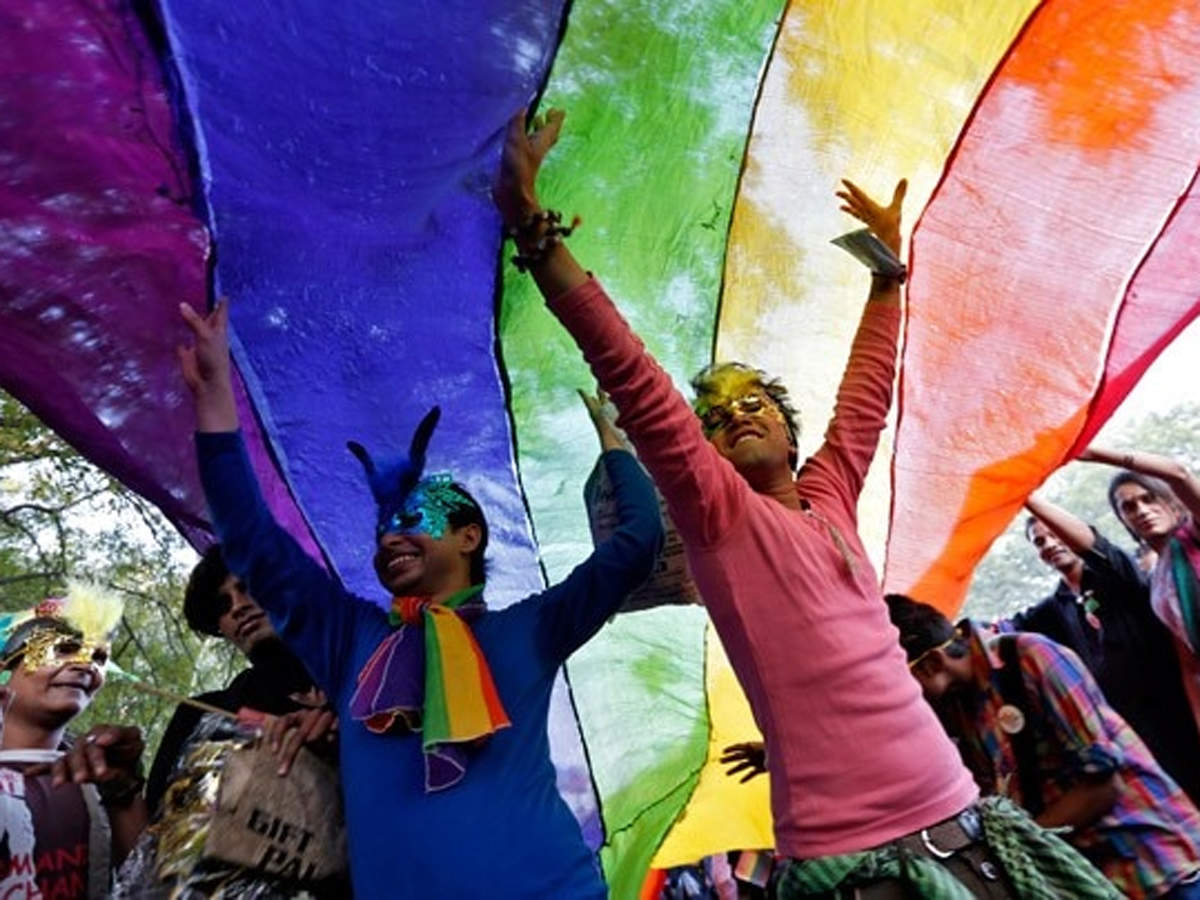 Thursday's judgment heralds a new dawn for personal liberty and is a major victory for the LGBTQ (lesbian, gay, bisexual, transgender) community that has been fighting hard and persistently to legalise gay sex. "The law must be interpreted as per the requirement of changing times," said the SC in its judgement.

"Consensual sex between adults in a private space, which is not harmful to women or children, cannot be denied as it is a matter of individual choice. Section 377 results in discrimination and is violative of constitutional principles," said the SC.

The five-judge Constitution bench - comprising Chief Justice of India (CJI) Dipak Misra and Justices R F Nariman, A M Khanwilkar, D Y Chandrachud and Indu Malhotra - was unanimous in its decision. "Section 377 is irrational, arbitrary and incomprehensible as it fetters the right to equality for LGBT community...LGBT community possesses same equality as other citizens," said CJI Dipak Misra. What society thinks, the judges said, has no say when it comes to people's freedoms. "Social morality cannot violate the rights of even one single individual," said CJI Misra and Justice Khanwilkar. Society owes an apology to the LGBTQ community, said Justice Malhotra. "Members of LGBT community members and their family members are owed an apology from society for being denied equal rights over the years," said Justice Malhotra. Watch: Gay sex is no longer a crime in India; what is Section 377? The SC ruled in August 2017 that every individual has a fundamental right to privacy, which is a part of the right to life, and sex is private. The judges on Thursday referred to that as well.

"The right to privacy as part of right to life applies fully to the LGBT community," said CJI Misra.

"We have finally got justice. We are finally 'azaad in azaad Hind'," said Ashok Row Kavi, LGBT rights activist and founder of Humsafar Trust after the apex court's judgement. Justice Chandrachud said Section 377 had thus far destroyed gay peoples' identity. "Punishment under Section 377 made the LGBT a closeted community, destroyed the identity of members and reached their dignity, all part of right to life. The state has no business to get into controlling the private lives of LGBT community members or for that matter that if any citizen," he said. Congress leader Shashi Tharoor, who's long been a supporter of gay rights, said his stand is now vindicated.

So pleased to learn that the SupremeCourt has ruled against criminalising sexual acts in private. This decision vin… https://t.co/E4kwhawjhg


A long, hard fight There were indications earlier that the SC favoured legalising gay sex. All through the hearing of the plea, the apex court had been dropping broad hints that indicated relief from the stringent Section 377. Still, it was the same court that in 2017 overturned a Delhi high court that decriminalised gay sex, so it was by no means a given which way the court would go Thursday. The top court's verdict was previously set to be delivered on July 17, but on that day, it decided to reserve its verdict. But even as it did that, a bench of Chief Justice Dipak Misra and Justices R F Nariman, A M Khanwilkar, D Y Chandrachud and Indu Malhotra brushed aside as "far-fetched" arguments from opponents of decriminalising Section 377. These opponents said making gay sex legal could lead to incest, group sex and sodomy also being made legal. Prior to reserving the verdict, the bench had, in what was yet another indication of which way it could go, also disapproved of arguments that a majority of the population in India is against legalising gay sex. "We decide questions of law on the basis of the Constitution, constitutional principles and its ethos and not based on a referendum," said the SC's Constitution bench at the time. The SC was firm that no community, however small it may be by comparison to the majority, could be deprived of its sexual rights and expression of sexual orientation. While the top court acknowledged that sex as per the order of nature was seen as intercourse between a man and a woman for the purpose of procreation, the fact that it had already recognised a third gender needs to be kept in mind. "It could have come from the Bible or any other religious text. But the SC has already recognised unique sexual orientation when it created 'third gender' apart from 'male' and 'female' conventionally used till date," it had said. The five-judge bench was also disinclined to entertain persistent requests from various organisations to leave the decision on decriminalising Section 377 to Parliament given the wide ramification of legalisation of gay sex on matrimonial and civil laws. "The moment there is a finding that a provision violates the fundamental right of citizens, this court has power to strike it down irrespective of the majoritarian government's power to repeal, amend or enact law. It is for us to strike it down the moment something violates fundamental rights," said back in July. Two years ago, a petition was filed by dancer N S Johar, journalist Sunil Mehra, chef Ritu Dalmia, hotelier Aman Nath and business executive Ayesha Kapur who said that Section 377 violated their right to privacy and personal liberty.

But even while their petitions were pending, a nine-judge bench of the SC ruled in August 2017 that every individual has a fundamental right to privacy, which is a part of the right to life. That opened the door for fresh pleas to decriminalise gay sex, the argument being that it as a private act.

The issue of Section 377 was first raised by an NGO, Naaz Foundation, which in 2001 approached the Delhi high court that then decriminalised sex between consenting adults of the same gender by holding the penal provision "illegal".

This 2009 judgment of the high court was overturned in 2013 by the SC which restored the criminality of consensual gay sex.

That's not the case any more.

Read this story in Bengali