Bull Market Hits a Milestone: 3,453 Days. Most Americans Aren’t at the Party.

The party has been going for more than a decade. But a lot of Americans haven’t been celebrating.

Stocks will cross a major threshold on Wednesday, when the 10-year-old bull market will arguably become the longest on record.

It ranks among the great booms in American market history. The Standard & Poor’s 500-stock index has soared more than 320 percent since emerging from the rubble of the financial crisis in March 2009, creating more than $18 trillion in wealth. 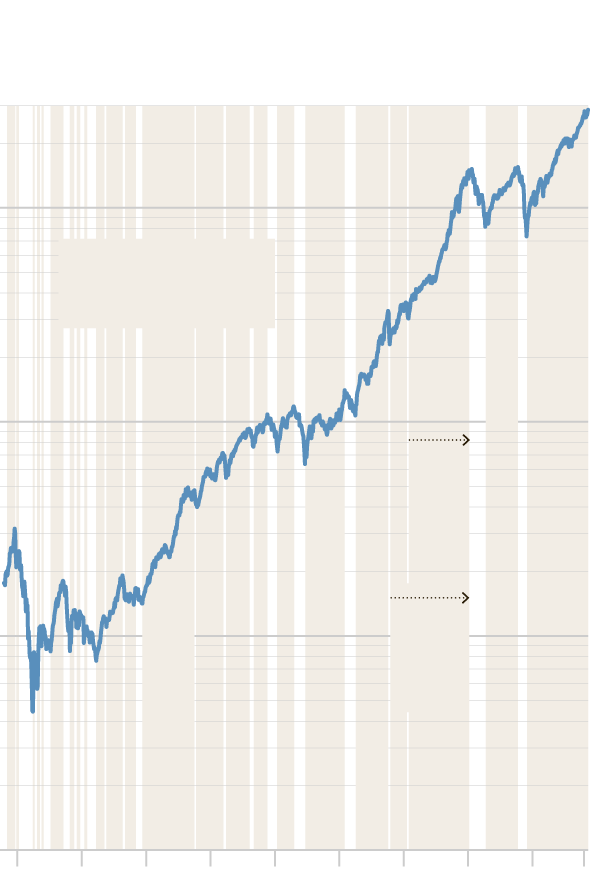 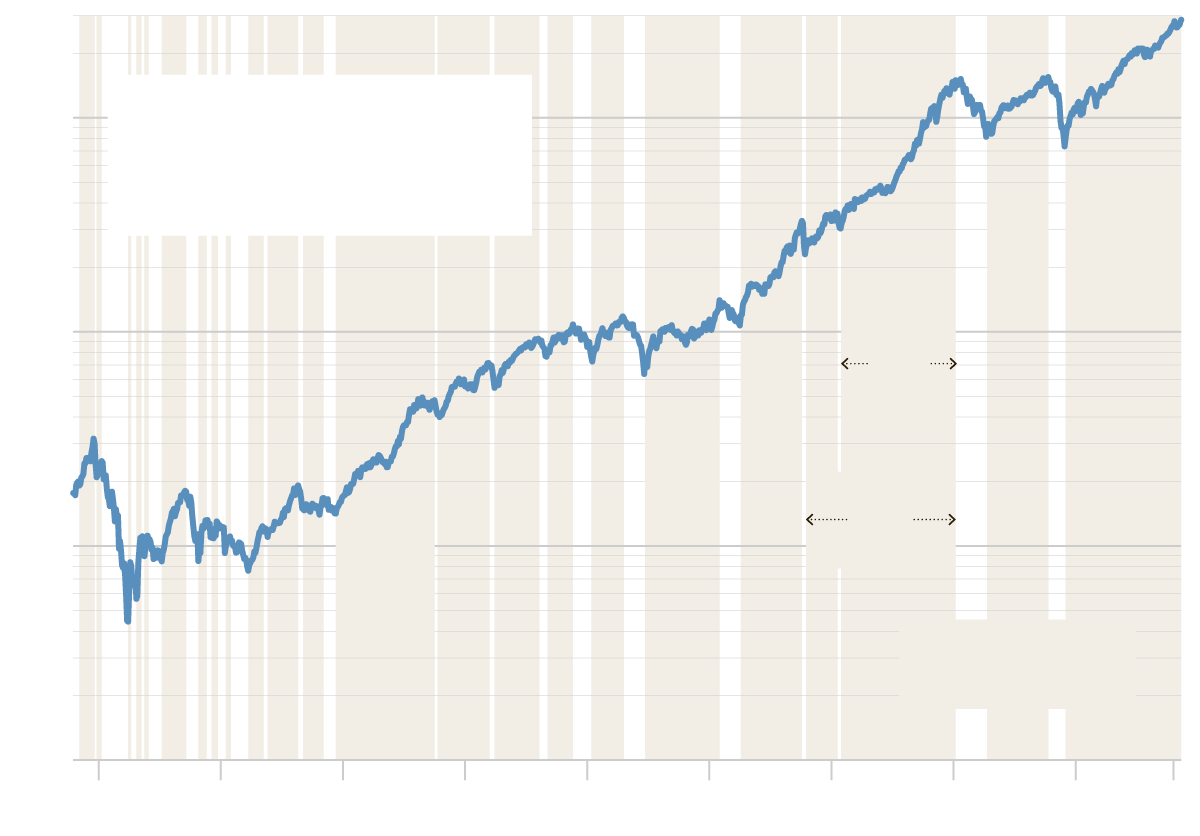 But the gains haven’t been spread among the masses. Stock market wealth is heavily concentrated among the richest families.

As the stock market surged, prices for homes — the most important source and store of wealth for the American middle class — recovered much more slowly from the Great Recession and housing bust. Incomes, too, have barely budged, despite steady economic growth in recent years.

“This is the decade in which wealth inequality has increased the most in U.S. history,” said Moritz Schularick, a professor of economics at the Bonn Graduate School of Economics in Germany who has written about the distribution of wealth in the United States. “The driver has been the very unequal gains in the very sharp performance of the stock market relative to the sharp drop of the housing market.”

There is some debate among reasonable investment minds over whether this bull market technically deserves the award for the longest on record. Bull markets are defined as a stretch when the stock market rises without suffering a 20 percent drop.

Statistical sticklers, though, don’t round up, in which case that earlier boom started in December 1987 — a 4,494-day stretch that would retain the crown.

In terms of staying power, the current bull market has some advantages over past sprees, when a surging stock market fused financial speculation into the fabric of American life.

In the 1920s, Americans dived into the market to snap up shares of a range of companies churning out the technological marvels of the day, like automobiles and radios. In the 1980s, as the country recovered from a deep recession, Wall Street enjoyed a broad boom grounded in Reagan-era deregulation and economic growth.

In the 1990s, retail investors poured their money into high-flying, and in many cases profit-free, companies developing around the emerging technology known as the internet. And in the years before the financial crisis of 2008, the stock boom was coupled with the excesses of the housing market and Wall Street.

“You were in some sort of a dreamy state, and it couldn’t last,” said Allen Sinai of the consulting firm Decision Economics, a former chief economist at Lehman Brothers in New York. “The taxi drivers, the elevator operators, everybody was into the stock market and buying. It was euphoria.”

“Today the sentiment that’s out there is actually more to the opposite,” he added. “It’s cautious. It’s careful. ‘Recession is coming tomorrow. How long can this go on?’”

It’s a natural question to ask. Those euphoric periods ended in spectacular stock market crashes, in 1929, 1987 and the early 2000s.

But the same frothiness doesn’t exist now, suggesting there is little immediate risk that the market will do a 180.

Price-to-earnings ratios, a proxy of investor enthusiasm, are nowhere near the peaks seen during the dot-com boom.

The share of the American public that has any money in the stock market remains mired well below the level that prevailed before the financial crisis. It’s concentrated among the wealthy, with the top 10 percent owning roughly 84 percent of the value of all shares, according to research by Edward Wolff, a professor of economics at New York University who studies the wealth structure of the American population. It was 81 percent in 2007.

Even as the S. & P. 500 charges higher, retail investors continue to exit the equity markets. Between mid-March and late July, investors pulled some $40 billion out of American mutual funds and exchange-traded funds, while pumping some $80 billion into the safety of bond funds.

“For most of this bull market, the individual investor has largely sat out,” said Paul Hickey, a co-founder of Bespoke Investment Group, a stock market research firm. “Compared to the 1990s, when individual investors were actively looking for stock ideas, today there’s a lot less of that.”

As many people sit on the sidelines, the divergence between the wealthy and the rest of the country has widened. In 2016, the last year with solid data, the wealth of the median American household — which is heavily concentrated in the home itself — was 34 percent below where it was just before the Great Recession, according to research from Edward Wolff, a professor of economics at New York University who studies the wealth structure of the American population.

That’s not to say the average American is in an especially sour mood. Consumers in the United States are feeling good at the moment — and for good reason. At 3.9 percent, unemployment is near an 18-year low. The economy grew at an annual pace of 4.1 percent in the second quarter, the fastest clip since 2014.

And that economic strength — along with the deep cuts in corporate tax rates that President Trump signed into law in late 2017 — has translated into gushers of profits for large American companies. Second-quarter profits for companies in the S. & P. 500 are up roughly 25 percent compared with a year earlier, after a similar rise in the first quarter.

The boom in earnings has helped the markets fend off various economic and geopolitical concerns.

After peaking in late January, stocks plummeted by more than 10 percent in the following weeks on worries that the Federal Reserve would begin to raise interest rates at a faster cadence than previously expected and choke off growth. Then in March, the eruption of the trade war sent shares sharply lower again.

The jitters touched even the large technology firms that have been a bulwark of the rally. In July, Facebook shares collapsed after a disappointing earnings report showed slowing user growth. The decline vaporized roughly $120 billion from the social media giant’s market value in a single day.

More recently, the nose-dive of the Turkish lira and signs of weakness in the Chinese economy raised the prospect that problems in emerging markets could hamper global growth.

But for many seasoned stock market observers, the existence of continuing worries about whether the bull market can last is a strong piece of evidence that it can.

According to this line of thinking, the moment to worry is when there is broad agreement that the market can only go higher. That would suggest there is little fresh money to drive stocks to new heights.

“When the bears give up, that’s when I would start to worry,” said Laszlo Birinyi, who started analyzing the stock market for the storied New York investment firm Salomon Brothers in 1976, before founding his own stock market research firm, Birinyi Associates “And we’re not there.”