Theft! A History of Music 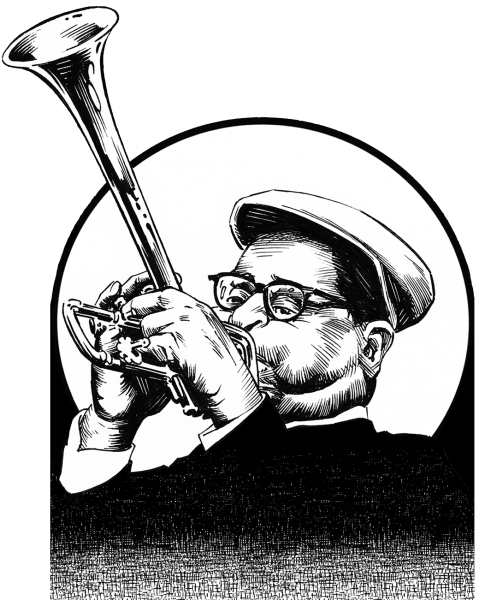 This comic lays out 2000 years of musical history. A neglected part of musical history. Again and again there have been attempts to police music; to restrict borrowing and cultural cross-fertilization. But music builds on itself. To those who think that mash-ups and sampling started with YouTube or the DJ’s turntables, it might be shocking to find that musicians have been borrowing—extensively borrowing—from each other since music began. Then why try to stop that process? The reasons varied. Philosophy, religion, politics, race—again and again, race—and law. And because music affects us so deeply, those struggles were passionate ones. They still are.

The history in this book runs from Plato to Blurred Lines and beyond. You will read about the Holy Roman Empire’s attempts to standardize religious music with the first great musical technology (notation) and the inevitable backfire of that attempt. You will read about troubadours and church composers, swapping tunes (and remarkably profane lyrics), changing both religion and music in the process. You will see diatribes against jazz for corrupting musical culture, against rock and roll for breaching the color-line. You will learn about the lawsuits that, surprisingly, shaped rap. You will read the story of some of music’s iconoclasts—from Handel and Beethoven to Robert Johnson, Chuck Berry, Little Richard, Ray Charles, the British Invasion and Public Enemy.

To understand this history fully, one has to roam wider still—into musical technologies from notation to the sample deck, aesthetics, the incentive systems that got musicians paid, and law’s 250 year struggle to assimilate music, without destroying it in the process. Would jazz, soul or rock and roll be legal if they were reinvented today? We are not sure. Which as you will read, is profoundly worrying because today, more than ever, we need the arts.

All of this makes up our story. It is assuredly not the only history of music.  But it is definitely a part—a fascinating part—of that history. We hope you like it. 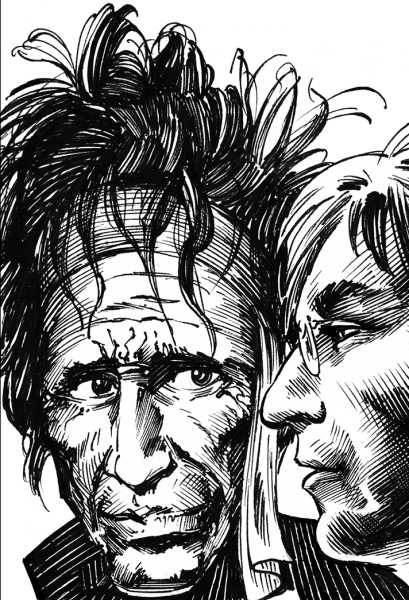 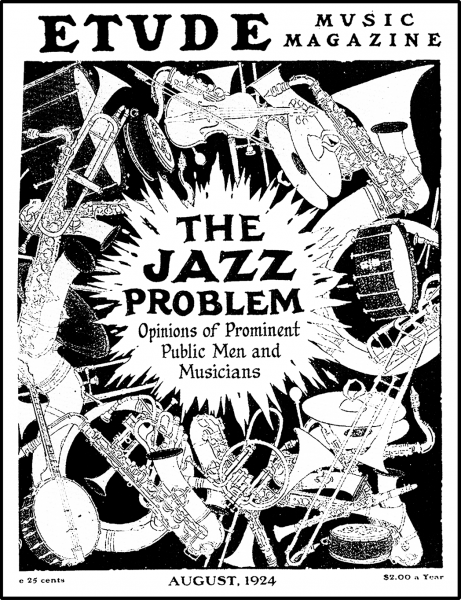 We want this book to be widely available, whether or not you have the money to buy it. This book is made available under a BY:NC:SA Creative Commons license. You are free to download it, share it, and print it so long as you do so non-commercially and provide attribution. You may also make “derivative works” from this comic—adaptations, translations or abridgements, provided you do so non-commercially, give attribution and place your new creation under the same license: granting future creators the same freedoms you received. The support of the Ford & Rockefeller Foundations and of the Duke Law School is gratefully acknowledged.

This book was researched, written and graphically designed by James Boyle and Jennifer Jenkins. The initial sketches were by the late Keith Aoki, who is remembered on the dedication page. Though Keith’s work profoundly shaped the comic, only two pages of Keith’s actual drawings remain—pp. 233–234. Nevertheless, they show his genius. Our wonderful artists, Ian Akin and Brian Garvey, are described below.

James Boyle is William Neal Reynolds Professor of Law at Duke Law School and the former Chairman of the Board of Creative Commons. He has written for The New York Times, The Financial Times, Newsweek and many other newspapers and magazines. His other books include The Public Domain: Enclosing the Commons of the Mind, Shamans, Software and Spleens: Law and the Construction of the Information Society, and Bound By Law a comic book about fair use, copyright and creativity (with Jennifer Jenkins).

Jennifer Jenkins is a Clinical Professor of Law at Duke Law School and the Director of the Center for the Study of the Public Domain. Apart from her legal qualifications, she also plays the piano and holds an MA in English from Duke University, where she studied creative writing with the late Reynolds Price and Milton with Stanley Fish. Her most recent book is Intellectual Property: Cases and Materials (3rd ed, 2016) (with James Boyle). Her recent articles include In Ambiguous Battle: The Promise (and Pathos) of Public Domain Day, and Last Sale? Libraries’ Rights in the Digital Age.

After the tragic death of Keith Aoki, we had to find new artists to redraw the book from scratch. Those artists were Ian Akin and Brian Garvey. Veteran comic book illustrators and inkers, Ian and Brian have done work for Marvel, DC, Disney and many others. Their task was a daunting one: they had to come into a book designed and written by law professors and translate the vision of a beloved deceased artist into their own idiom. All of this in a work that was part comic book, part academic monograph. They were, quite simply, magnificent. You can see, in the pages that follow, what consummate professionals they are. They are also lovely folk to work with and we recommend them wholeheartedly. http://www.akinandgarvey.com/

We are standing on the shoulders of giants. J. Peter Burkholder’s magisterial set of works on musical borrowing—he literally wrote the book(s) on the subject—was our constant guide. Professor Michael Carroll is a pioneer of the history of copyright and music and many of his insights are reflected here. Professor Olufunmilayo Arewa has written extensively about musical borrowing, appropriation and copyright. Her work was an inspiration. Our colleague and co-teacher, Dr. Anthony Kelley of the Duke Music Department provided a composer’s insights more times than we can remember. But our debts go far beyond the people mentioned here. We have posted a lengthier list of further reading, while a references page lists sources for each page and every point we make. (We are geeks. So sue us.) We would also like to thank our indispensable colleague Balfour Smith, who lettered and colored the comic and wrangled the digital files over countless versions. We have been helped over the years by many research assistants: Peter Berris, Cody Duncan, Cory Fleming, Branch Furtado, Justin Greenbaum, Federico Morris, Dan Ruccia, and Michael Wolfe. Finally, we would like to acknowledge the generous support of the Ford and Rockefeller Foundations and of the Duke Law School. Errors are ours alone.

Our colleague Balfour Smith handled every stage of this book, from initial conception and the digital manipulation of all of the image files, through lettering and final preparation for printing. Without him it simply would not exist.

Press and Other Inquiries

For press and other inquiries about the book, please email boyle AT law.duke.edu