There’s a class of cameras designed almost exclusively for studio use. Expensive, hulking things, they live their lives on tripods, churning out exquisite portraits and other specialist photography for truly committed professionals. Hasselblad makes such cameras, and its flagship H6D is an archetypal example, costing $33,000 without a lens, but producing epic 100-megapixel shots. It’s those grand extremes of resolution, courtesy of an extra-large medium format sensor, that attract photographers to spend five figures on a camera they can’t take everywhere with them.

The $8,000 Hasselblad X1D is another expensive medium format camera (you can’t buy a lens for it for less than $2,000), but it breaks with convention by actually being portable. It takes the 50-megapixel sensor previously inside the H6D and streamlines everything around it to produce a device that’s no larger or heavier than a regular DSLR. I’ve been testing the X1D for the past two months, and over that time, I’ve grown increasingly appreciative of what a technical achievement it is. This camera is bigger and more demanding than most, but it’s also far smaller and easier to operate than anything else with a sensor of its size.

Before my review of the X1D, I visited Hasselblad’s headquarters in Gothenburg, Sweden, and witnessed for myself the assembly process for all of its cameras. It’s meticulous. A lot of the work is done by hand, there are multiple verification steps to ensure a consistent standard of quality, and each camera is calibrated to match the color reproduction of Hasselblad’s best. The same people who build and repair the mighty H6D are now working on the X1D, and after my time observing their work, I can say I’d feel in safe hands trusting them to build a camera for me.

I’m also delighted by the Hasselblad X1D’s designers, who have done some things that feel utterly obvious in hindsight, but which other camera companies have yet to copy. Let’s start with the mode dial on the top right: it sits flush with the milled-aluminum top of the X1D when not in use, but pops up when you press it in and has a nice and easy rotation. Most cameras just leave this dial free to rotate, resulting in accidental mode switches, or the ones that lock it down do so with really awkward and finicky mechanisms. Adjusting modes on the X1D, on the other hand, is downright pleasurable.

The battery is another highlight for me. Its compartment lacks the usual flap, but there’s no chance for the battery to fall out accidentally. To extract the battery, you slide a little lever and it falls out about half an inch: you then have to push the battery back in to fully release it. Like the mode dial, this is a tactile delight that really conveys a sense of thoughtful design. Even without a flap, Hasselblad has made this compartment weather-sealed by running a thin strip of rubber along the edge of each battery. Having shot for a couple of hours in the Swedish rain in December, I can confirm that this camera handles inclement weather well.

As far as size goes, the X1D is most comparable to the Canon T7i. It is substantially taller and bulkier than the slick mirrorless portable shooters on the market today, but if you’re already using a DSLR, it won’t feel any heavier or more awkward to handle. It might even be easier to use, owing to its ergonomically shaped right-hand grip.

The other big design decision that Hasselblad made with the X1D is to shamelessly copy the touchscreen interface from modern smartphones. The company told me as much during my visit, and it’s obvious to see the moment you pick up the camera. Navigating image previews is done via familiar swipe and pinch-to-zoom gestures, and the menu of options is stripped down to the essentials, accessible via large, finger-friendly icons. It’s a breath of fresh air for anyone who’s had to wrestle with the unnecessary complexity of Sony, Nikon, or Canon camera menus.

It’s not all glorious good news, though. Having grown used to Fujifilm’s excellent X-T20, I miss the direct physical controls that that camera provides. Diving into a touchscreen menu will never be as immediate or intuitive as having actual buttons, and the X1D is thus clumsier to adjust on the fly.

The X1D is very, very slow

Then again, it’s not like you’re going to be rushing anywhere when using this camera. Shooting with the Hasselblad X1D is an exercise in patience. Powering it up takes a luxurious eight seconds, which is long enough to guarantee that you’ll miss any fleeting moment you might have wanted to capture. Taking a photo is also a very slow process: the autofocus is slow, the shutter release is slow, and the processing after capture is slow. These are all compromises inherent in shooting with a medium format sensor (which produces vast 90MB RAW files). So, in short: this is a terrible camera for trying to capture sports, hyperactive kids, or serendipitous moments in the street.

I’m not only willing to overlook the X1D’s slowness, I actually consider it an asset. This camera is different. Because I know I can’t thoughtlessly point it at something and grab a quick shot, it forces me to be more deliberate. My typical 16GB SD cards get saturated within 135 shots or so, and that makes me a little more precious about choosing my shots. If you’re wondering why enthusiasts today are turning the clock back and opting for film cameras, it’s a lot of the same reasons for why I like the Hasselblad X1D. We find the constraints helpful and even enjoyable. The double-click of the X1D’s shutter sound feels more ceremonious to me, and the long processing delay after it suggests that something worth waiting for is going on. 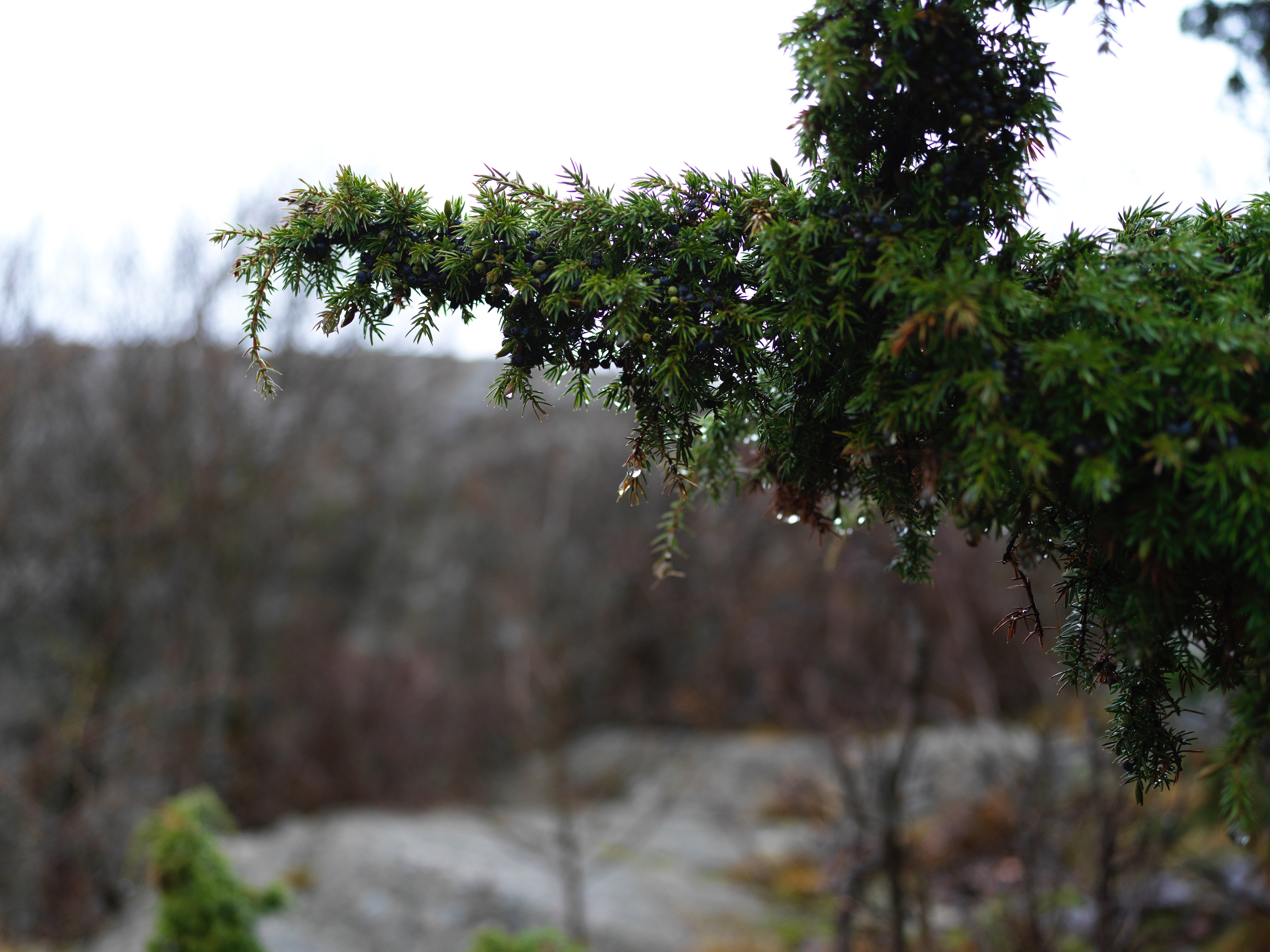 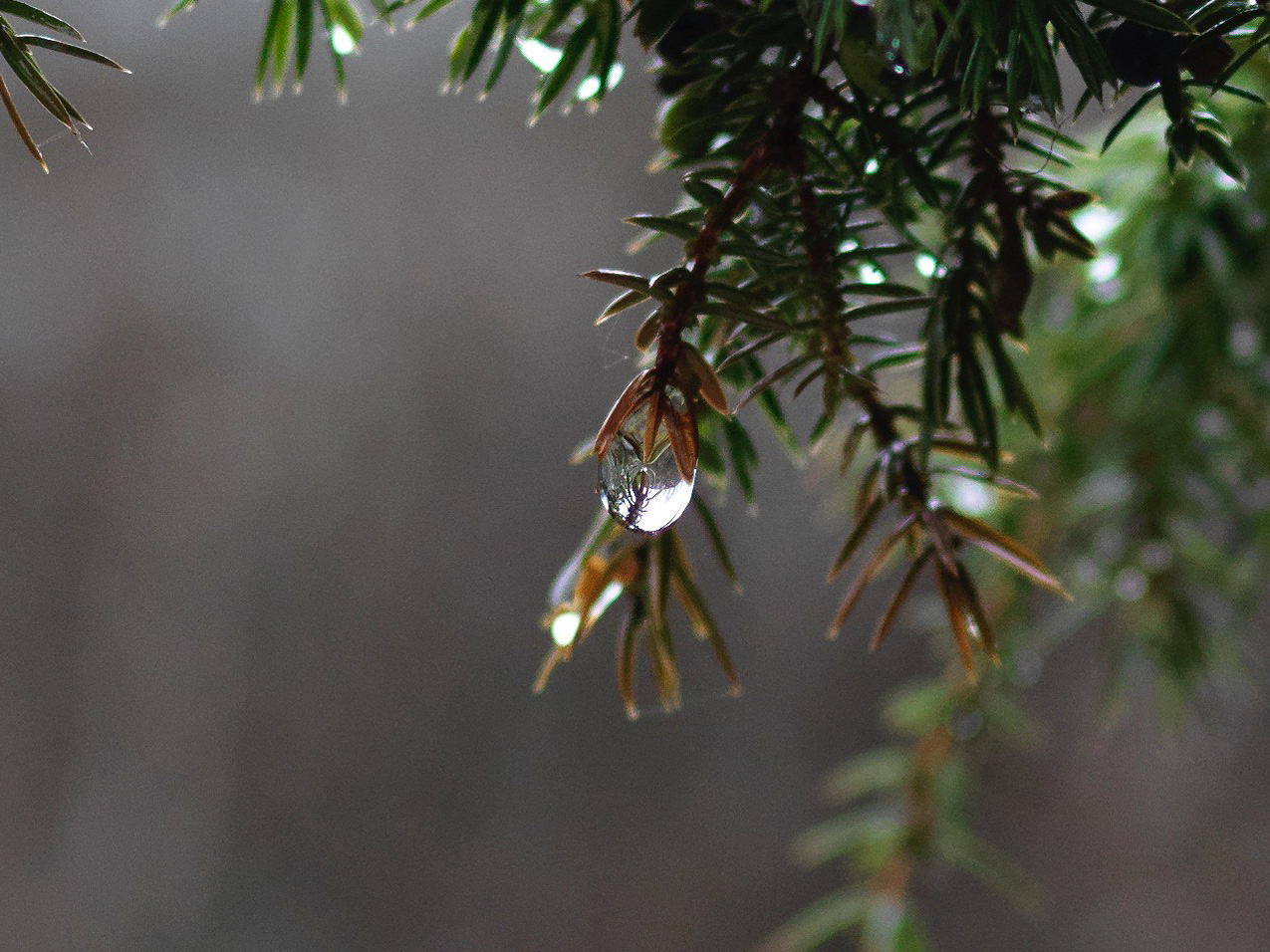 The photos from the Hasselblad X1D are, indeed, worth waiting for. Until the X1D, my impression of a higher megapixel count was that it came at the cost of image quality — because camera companies would just cram more (and smaller) pixels into the same space. The advantage of a medium format sensor, though, is that the X1D has massive pixels and a huge number of them, too. If you take the Google Pixel and Pixel 2 cameras, which have large pixels for a smartphone at around 1.5μm, as your example, consider how far superior the X1D is with its 5.3μm pixels. That’s how I can take the above handheld shot, using the $2,700 45mm Hasselblad XCD lens, and extract an extremely cropped (yet nearly perfect) water droplet out of it. 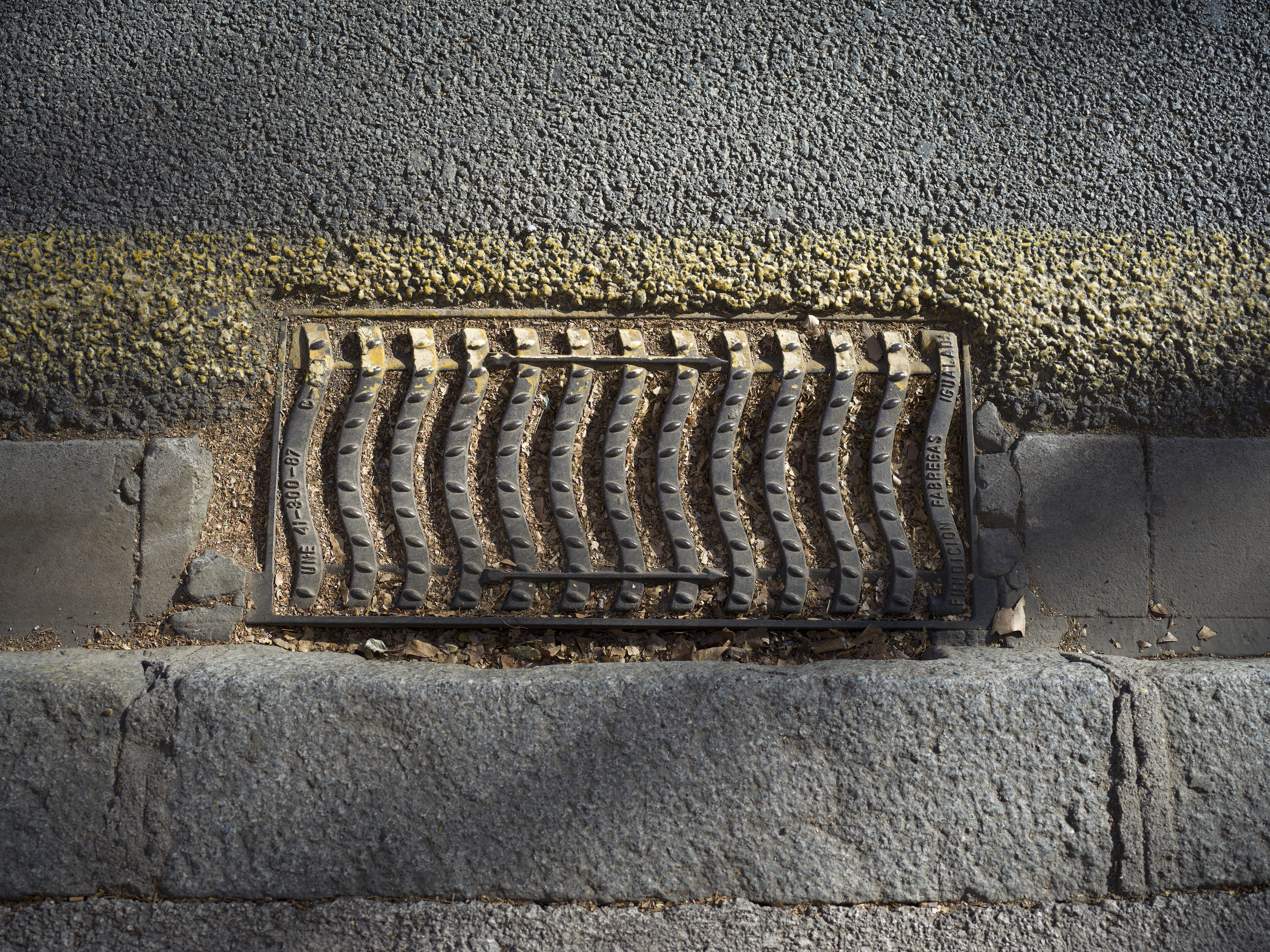 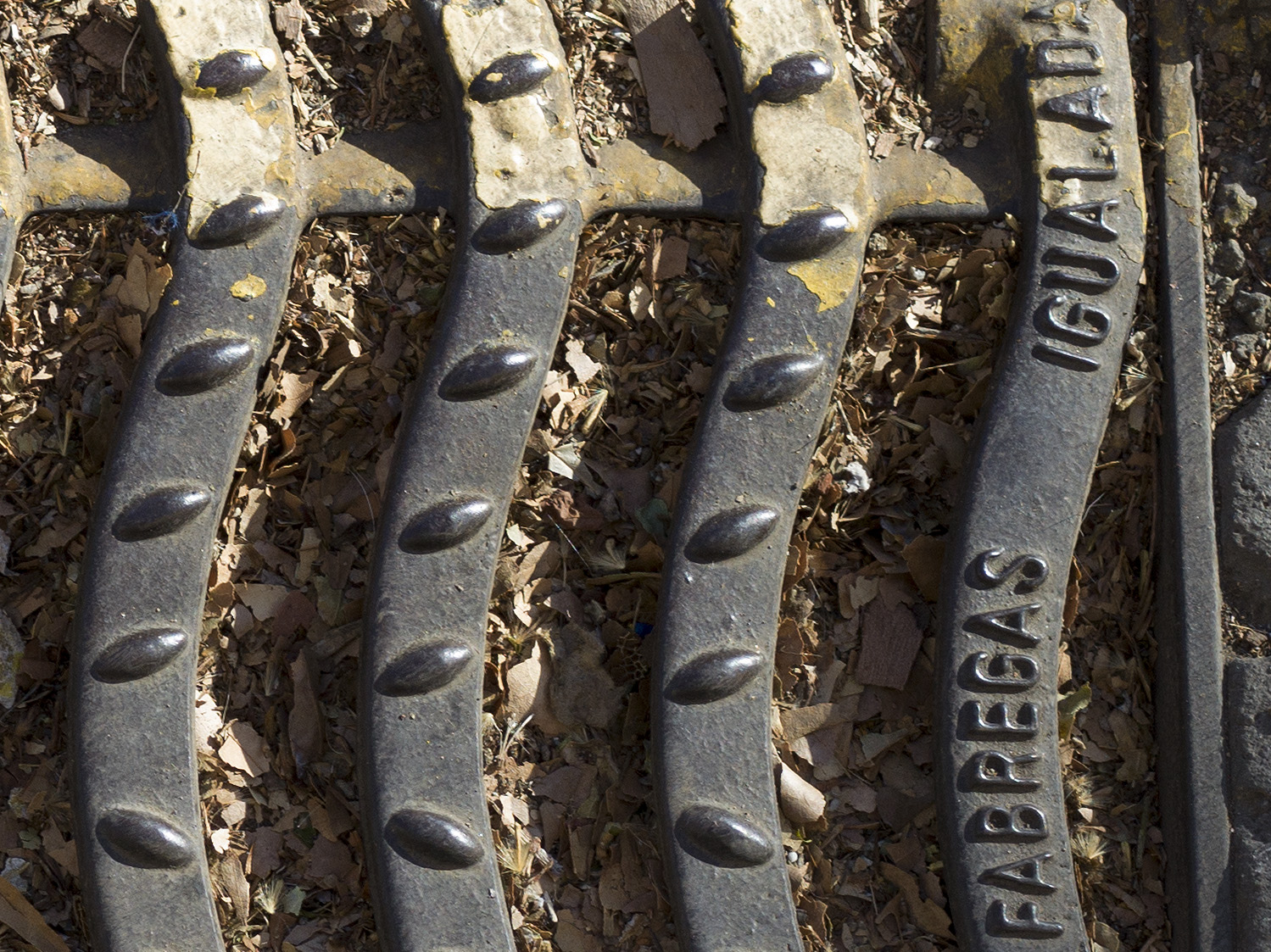 I have countless examples of such photos where the overall image looks nice and sharp, and then you zoom right in to full resolution and just lose your shit at how crisp it still is. Everything I know and have seen of cameras tells me that sharpness and detail should degrade at that level of magnification relative to the original shot, but because of the ridiculous 50-megapixel resolution, we’re still just looking at 100-percent crops. The Hasselblad X1D can do things that no other camera of its size and weight can even dream of. Fujifilm’s GFX uses the same Sony sensor as this Hasselblad, but it’s a giant and daunting piece of pro gear, whereas the X1D is straight up friendly to hold and behold. 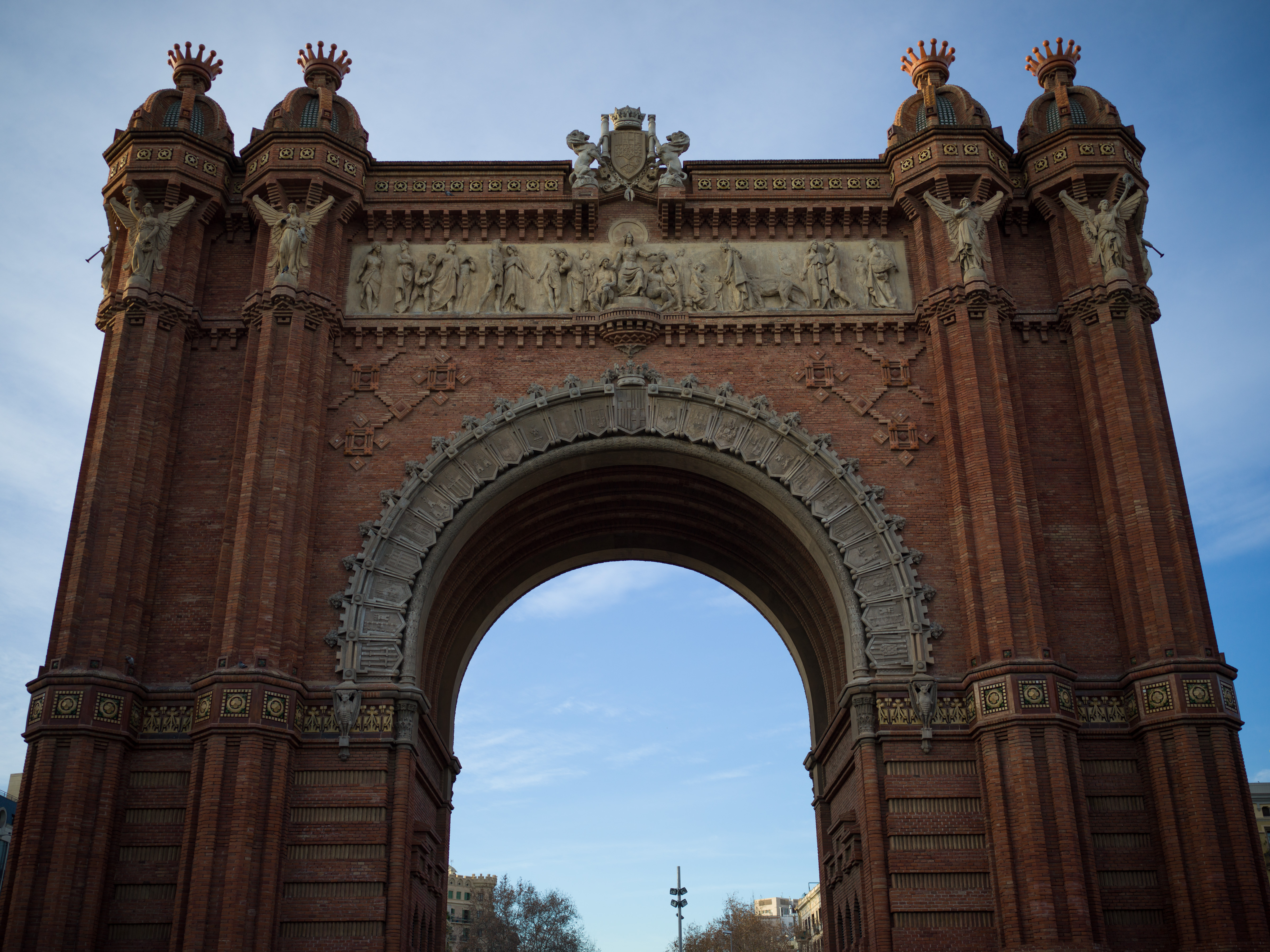 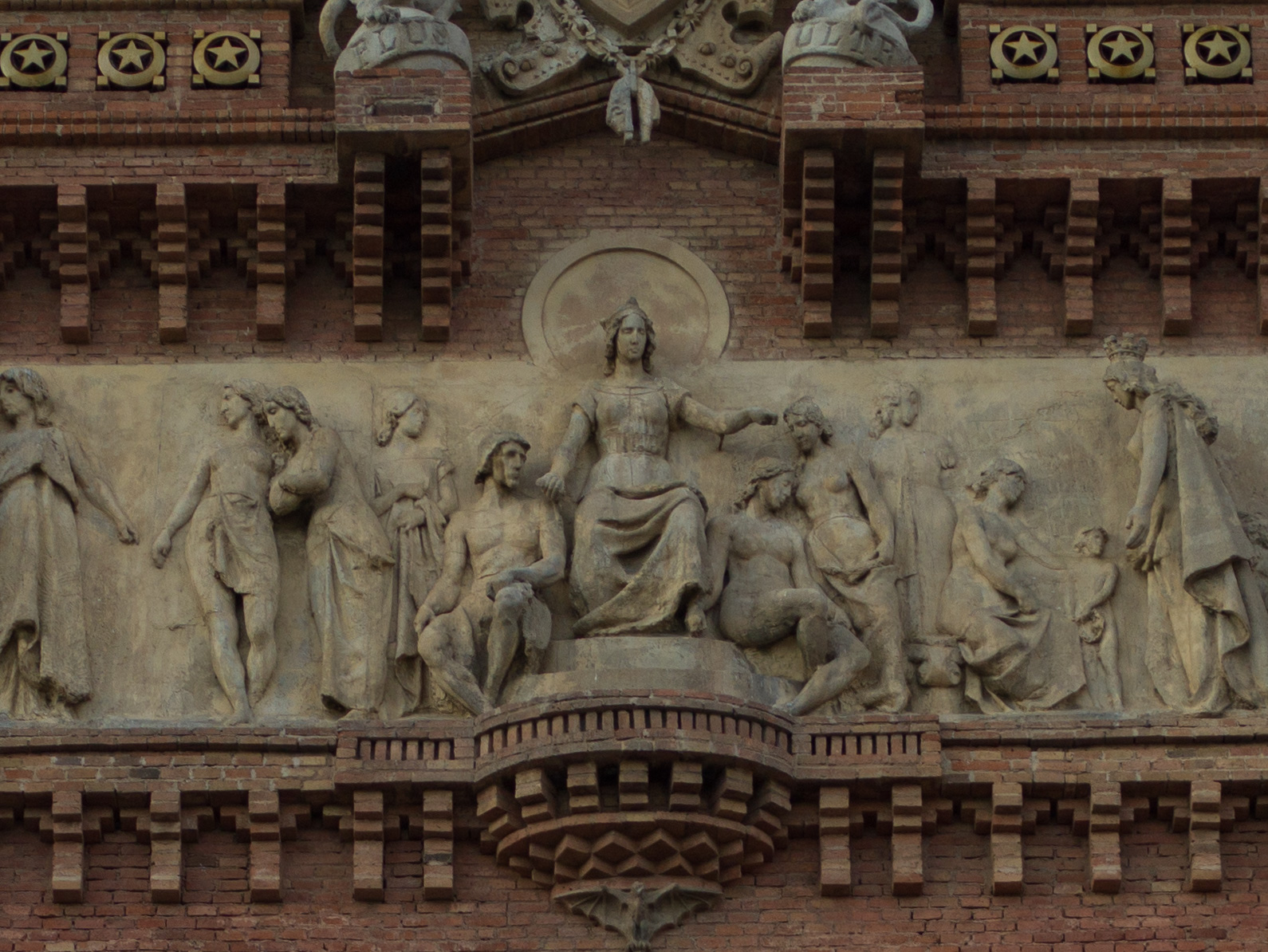 It’s important to stress here that I’ve been using the X1D as a handheld portable camera, and I’m far from the steadiest photographer. Yet I was still able to produce photos with this camera that are full of extremely sharp, finely nuanced detail.

Hasselblad will tell you that its custom-designed Phocus software is the best way to process images shot with the X1D or any other Hasselblad camera because the software is intimately familiar with all the company’s bodies and lenses. While it’s true that Phocus does indeed work faster than Adobe Lightroom, I found it to be an unintuitive and frustrating tool. But if you put in the required time and effort to learn how to use it, I can see how this can raise the ceiling on image quality. There’s plenty of learning and adapting that one can expect to do with the X1D (or any other medium format camera) in order to make the most of it.

Testing the X1D at higher sensitivity settings like ISO 6400 didn’t leave me quite as impressed as the rest of the camera’s imaging prowess. Graininess starts to show up at that setting (and even at ISO 3200 sometimes), and I wouldn’t really consider this a camera tuned for handling the most challenging lighting situations. Simpler and cheaper cameras (comparatively speaking!) like the Nikon D4 have impressed me more with their apparent ability to see in the dark. The X1D does have an expansive range of shutter speeds, going from 1/2000 of a second to a full 60 minutes, so you can still achieve most of what you want with it, even if its ISO performance is not the greatest. (Flash photographers will be happy to know that they can sync their strobes all the way up to 1/2000 of a second, thanks to the leaf shutter system inside each Hasselblad lens.)

One of the disturbing things I heard during my review period with the X1D is that previous reviewers had found issues and bugs in its software. I can’t say I experienced any such problems in the weeks I had the X1D to test. Hasselblad tells me it has been issuing firmware updates for this camera every three months, so I’m inclined to believe that whatever flaws it suffered from upon its release in 2016 have since been ironed out.

In spite of coming with a generous 3,200mAh battery, the Hasselblad X1D is really quite poor in terms of endurance. Depending on how much I use the rear screen to compose photos — I prefer the very good electronic viewfinder — or check results, I can drain a full battery in as little as 150 shots. That makes it an absolute necessity to get at least one extra battery, preferably two, which cost $130 each.

With all the various burdens of owning a Hasselblad X1D, I realize I’m recommending this camera to a very particular and narrow demographic. Who, other than professionals determined to take their medium format shooting out of the studio, is the X1D for?

The answer really isn’t the traditional camera enthusiast. Sports and nighttime photography fans are better served by high-end alternatives from Sony and Nikon. If you just want to be a hipster with an expensive and superlative camera, Leica has a whole range of those to sell you. And yet, the camera I lust after now is exactly this X1D, even while it’s heavier, sometimes clumsier, and consistently slower than most other cameras.

The Hasselblad X1D difference is in its headline feature: that enormous medium format sensor and the unbelievable freedom that its 50-megapixel resolution affords. Yes, the price is stratospheric, but so is the performance. Because of its portable design and extraordinary sharpness, I can be confident the time and money (if I had it) I invest in shooting with the X1D will be repaid. That’s not something I can say of every camera.