Making of Highway at Night

By jylikangas
10 - 13 minutes
After finishing 6th in JS1k 2013, it was clear that I wanted to give this fun competition another go. First off, here is a list of things I took as "lessons learned" from my last year's entry: What follows is an explanation of ideas and techniques behind my "Highway at Night" demo that was the runner-up in JS1k 2014.  My initial idea was to do a very realistic looking demo of a car driving along a highway on a dark night. I watched some dashcam videos on YouTube and realized that what we see in real life is very limited - it's mainly just lights and silhouettes. I made notes on what I saw and how I could try and implement it. But first I needed a good yet small engine for road construction and rendering. I wanted the demo to have true perpective 3D drawing combined with cheap tricks. I found out that I only needed to do the center line with real polygons and somehow that makes everything else around it look more realistic. Also using shadowBlur on the center line alone is enough to give the impression that all lights are glowing. I would have liked to do a lot of blurred lights but the performance cost was huge and I didn't want to fall into the same trap as last year. So the initial idea of photorealistic graphics was dropped in favor of vintage video game looks. Another thing that helps to fool the eye is high speed. This allowed the graphics to be very simple and raw as you can see from the "sprite sheet" below. Car lights are slightly offset to give a hint that the cars are at a small angle. Turn signal and emergency lights are animated. All these graphics are drawn with fillRect. 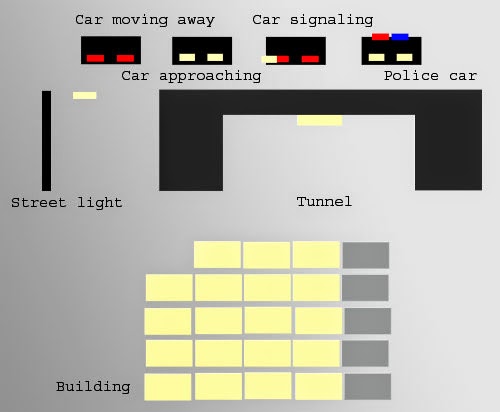 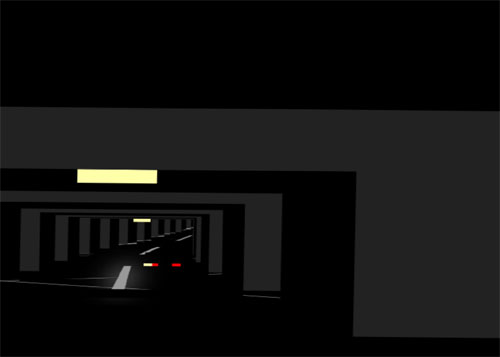 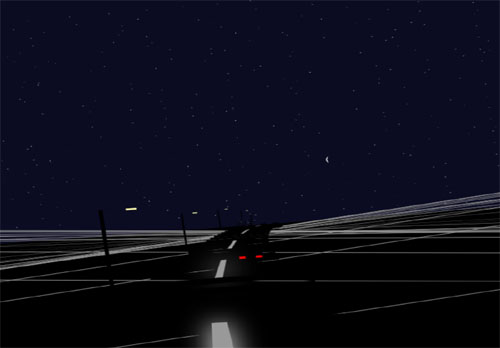 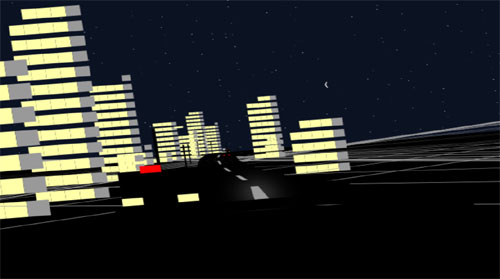