Instagram Stories At Two: What Price Have We Paid For Recording Everything? 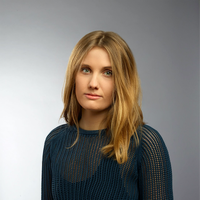 I first realised Instagram Stories had changed my friends while sitting outside a pub earlier this year. It was the point in a Friday night when drinks begin to linger on the table as everyone privately debates whether to go home.

It wasn't a moment worth capturing, but when someone came back from the bar with a phone held up, everyone tried to make it look like one. Glasses were raised and middle fingers thrown at the camera to show the exaggerated hallmarks of people having fun.

It was the same self-conscious performance I’d given when my boyfriend recorded me driving through Ireland on New Year’s Day, the Story where you could hear my voice change key when I noticed I was being filmed.

Once I'd seen how visible the con was I saw it in everything: the exaggerated dance-floor performances, the seaside star jumps, the cocktails clinking against azure skies. If you pulled back the curtain, I wondered, was anyone having as much fun as appeared?

Instagram Stories launched two years ago as an effort to attract young users who had opted for the spontaneous and ephemeral platform Snapchat instead. At the time, Instagram was plateauing in terms of engagement as people painstakingly curated their feeds, spending less on the app per day as a result. The idea worked. As of June 2018, the feature has 400 million daily users - more than double that of Snapchat - and has become a lurking eye over after work pints and holiday sunrises around the world.

When it launched users could only upload photographs and videos from the last 24 hours and the Story would then vanish after the same time period. It meant that footage of you howling ‘Hotel California’ at 3am was safely scrubbed a day later, and unlike the main feed there was no risk of being embarrassed by a filtered selfie which didn’t reach 20 likes.

The number of people who look at your Story wasn't visible to anyone else, and you’d never know how many watched you while rolling their eyes. In that sense it offered the ultimate social media experience for 2018: the possibility to broadcast yourself without the downside of having to await public judgement. You don't know whether anyone 'liked' what you posted, but you don't know that they didn't, either.

But using Instagram Stories wasn't entirely free of anxiety. What you could see whenever you posted was a list of people who watched, the people who wanted to peek into your life. The downside of having a virtual guest list is that it soon instilled the constant need to throw a party.

"I was putting on this act, as if I was on a reality show"

After two years of Instagram Stories, holidays, which could once offer a reprieve from using social media, have become a documentary that opens with the 4am taxi to the airport, moves onto the first ice cold beer held in front of the deep blue sea and then charts every moment - exciting or bland - until you land back home ('Take me back!').

A study from earlier this year found that 65% of millennials upload holiday photographs specifically to make others envious and more than a third have intentionally posted misleading photos to make their holiday seem better than it is. We all want to be having the most wild time in the most beautiful place, and a few snapshots on the main feed is no longer evidence enough that we are.

Katie, 24, found this competitiveness made her holiday with friends feel forced. “I went to Greece and found myself putting on this act as if I was on a reality show,” she tells me. “I could tell my friends and I were trying to make the holiday look incredible in the Stories we took.”

As well as turning holidays into a highlights reel, Stories has forever altered the witching hours of drunken evenings out which are now witnessed by hundreds before the night even ends. On Sunday mornings I now watch a sped-up reel of friends and fleeting acquaintances doing shots or wrestling on the night bus like a trailer advertising their Saturday night.

“I have definitely seen my friends acting up for the camera,” 30-year-old Matt tells me. “It’s always been the case with Instagram but Stories make it so much worse because you’re basically encouraged to share as much as possible.”

Dating, now, also has the added pressure and thrill of knowing exactly when someone you like has looked at what you’ve uploaded. The downside is that this becomes a game of cat and mouse that requires a lot of 'brand maintenance'.

Lara, 27, tells me she found recording a digest of her day to impress someone exhausting. “I had to delete the app on my phone for a while because I would stage these ridiculous scenes when drunk to impress a guy I was dating,” she says. “I hoped it made my life look like some non-stop party but looking back they were so awful. Even when I was sober I’d get dressed up, post something misleading and see how long until he looked at it.”

The impulse to turn the story bar into a breadcrumb trail of tiny dots means nowhere is safe, and instils the idea that a meal or workout aren't real unless seen by an audience.

Dr. Pamela Rutledge, director of the Media Psychology Research Center, says that wanting to present our best selves on Instagram Stories is a mixture of aspiration and the human need to be validated and accepted by others, but rarely involves acting “authentically and without self-consciousness.”

“The desire to be liked and receive positive feedback and social validation is normal,” Dr Rutledge says. "[However] preoccupation with self-presentation, to the point where it interferes with other goals or dominates self-value, reflects issues with low self-esteem and confidence.”

She warns that obsessing with how we present ourselves online, “allows others to have the power to define your value.”

A 2017 study found Instagram to be the worst social network in terms of its impact on mental health, linking it to depression and anxiety. Stories has not been studied enough yet individually for us to fully understand its psychological impact, but it's difficult to see how spending yet more time on the app will do anything but make those issues worse. On the first anniversary of launching Stories, Instagram reported they had seen a significant increase in the time users were spending on the app. Users younger than 25 were now spending more than 32 minutes a day on the app on average. For those aged 25 and older, the figure was 24 minutes.

For a long time, an urban myth about the Stories 'viewed' list was that the people who stalked your profile the most showed up at the top. Instagram fiercely guards the algorithm that dictates how this is actually ranked - probably so users can believe what they want to believe - but more recently have been forced to admit it’s a combination of a number of factors, including the frequency with which we visit a certain profile and how much we interact with that account by liking their posts or by messaging them.

Whatever the exact truth, the fact we're so keen to buy into the idea that the top of the list is people who are most interested in us demonstrates the fantasy game we all play with Instagram Stories. Why do we swipe through other people’s updates, usually thinking how banal they are, but somehow believe people are enraptured by our own escapades?

"The only aim is to be watched, even if you're not really being seen"

The viewed list, always larger than who might like a post in your feed, gives the impression lots of people care what we’re doing, even though we know in reality most people are flicking through because they're bored. Everyone I spoke said they believed their own Stories were interesting and admitted to re-watching them. “I know it’s not what really happened but it’s a nice edited memory,” Matt tells me.

In a sense, Stories are just a nice edited memory, and one that fulfils a basic human compulsion to feel people are interested in us. Dr Rutledge doesn’t believe recording in this way is necessarily harmful, arguing: “If capturing an event allows people to revisit positive emotions and memories, then it is serving an important purpose.” Like all social media, Stories are another way for us to reach into the crowd of the internet and say, here I am.

"Instagram Stories represents our biggest step yet through the looking glass"

In a darker sense, Instagram Stories represents our biggest step yet through the looking glass into a world where our real life behaviour is constantly tailored to make ourselves look better on the internet, a world where the lines between on and offline are forever blurred, where we sit smiling and clinking glasses outside a pub while knowing the real memory of that evening was us privately calculating how long until we could leave.

With Stories, you don’t get the closure or validation of a list of likes, so you are offering yourself up over and over again, the illuminated purple and amber halo spinning forever like a sinkhole drawing you in. Where the only aim is to be watched, even if you're not really being seen.