With the onset of the coronavirus, Malta announced that it was too overwhelmed to rescue migrants making the precarious crossing of the Mediterranean Sea, where the tiny island nation has been on the front line of the maritime migration route over the past decade.

In secret, however, the Maltese authorities have worked hard to make sure no migrants actually reach the island.

It dispatched a small fleet of private merchant vessels in April to intercept migrants at sea and return them by force to a war zone in Libya, according to information provided by the captain of one of the boats, a senior commander in the Libyan Coast Guard, and a former Maltese official involved in the episode. 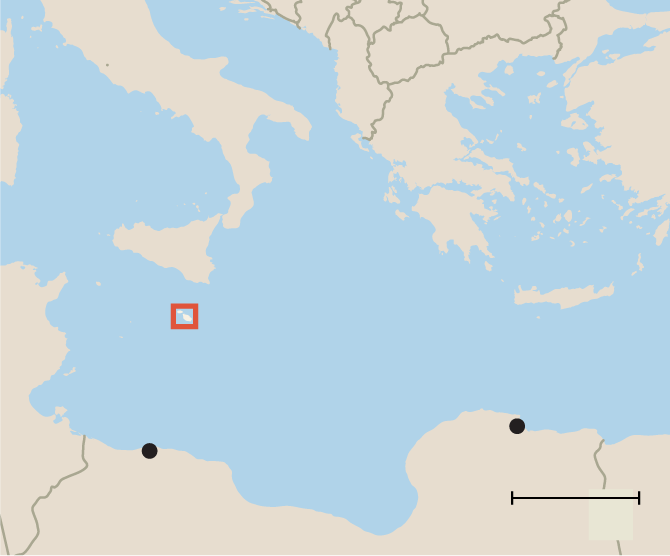 The three repurposed fishing trawlers are privately owned, but acted on the instructions of the Armed Forces of Malta, the captain and the others said.

The clandestine operation, which some experts consider illegal under international law, is just the latest dubious measure taken by European countries in recent years to stem the migration from Africa and the Middle East that has sown political chaos in Europe and fueled a populist backlash.

But Malta’s latest tactic may be among the most egregious, maritime experts say, because it involved a designated flotilla of private vessels, based in a European port, that intercepted and expelled asylum seekers from international waters that fall within the responsibility of European coast guards.

“Against a pattern of increased abuses against asylum seekers in recent years, this newest approach stands out,” said Itamar Mann, an expert in maritime and refugee law at the University of Haifa in Israel. “Its methods chillingly resemble organized crime, and indeed the operations of people smugglers, which European policymakers so adamantly denounce.”

“The facts available raise serious concerns that we are seeing the emergence of a novel systematic pattern, such that may even put Maltese state officials in danger of criminal liability, at home or abroad,” Dr. Mann added.

The Maltese government did not respond to multiple requests for comment.

The activity was first documented on the evening of April 12, when three aging blue trawlers left the Grand Harbour in Valletta, the Maltese capital, within an hour of each other. The three boats — the Dar Al Salam 1, the Salve Regina and the Tremar — departed at the request of the Maltese authorities, according to the captain of the Tremar, Amer Abdelrazek.

A former Maltese official, Neville Gafa, said he was enlisted by the government that same night to use his connections in Libya to ensure the safe passage of the first two boats to Libya.

The boats did not submit paperwork to the immigration police, and switched off their satellite tracking devices soon after leaving port, maritime databases show.

But their mission had already been determined, said Mr. Gafa, who said he had been asked by the Maltese prime minister’s chief of staff, Clyde Caruana, to help coordinate the operation. Mr. Caruana did not respond to requests for comment, but a government spokesman told The Times of Malta that Mr. Gafa had been asked to liaise with Libya on a separate matter that was unconnected to the episode.

The trawlers were sent to intercept a migrant vessel attempting to reach Malta from Libya — and which had been issuing mayday calls for some 48 hours — and then return its passengers to Libya, Mr. Gafa said.

The stricken migrant vessel was still in international waters, according to coordinates provided by the migrants by satellite phone to Alarm Phone, an independent hotline for shipwrecked refugees. But it had reached the area of jurisdiction of Malta’s armed forces, making it Malta’s responsibility under international maritime law to rescue its passengers and provide them with sanctuary.

Two of the trawlers — the Dar Al Salam 1 and the Tremar — reached the migrant vessel early on April 14, guided by a Maltese military helicopter, Mr. Abdelrazek said. Several of the migrants had already drowned, according to testimony later gathered by Alarm Phone.

The roughly 50 survivors were taken aboard the Dar Al Salam 1, Mr. Abdelrazek said.

The Dar Al Salam 1 and the Salve Regina sailed to Tripoli on April 15, the former carrying the migrants and the latter carrying several tons of food and water, as a show of appreciation to the Libyan government, Mr. Abdelrazek and Mr. Gafa said. The Tremar waited in international waters, Mr. Abdelrazek said.

The Maltese authorities told their Libyan counterparts that the Dar Al Salam 1 was in fact a Maltese vessel called the Maria Cristina, said Commodore Masoud Abdalsamad, who oversees international operations at the Libyan Coast Guard. To further obscure its identity, the boat’s crew had also painted over the ship’s name and flew a Maltese flag to confuse the Libyan Coast Guard.

Though based physically in Malta and owned by a Maltese shipowner, the vessel is legally registered in Tobruk, a port in east Libya controlled by opponents of the authorities in Tripoli. The crew did not want to risk upsetting the Tripoli government by broadcasting its links to Tobruk, leading it to hide its name and home port, Mr. Abdelrazek said.

After disembarking, the migrants were taken to a notorious detention center run by a pro-government militia, where migrants are routinely tortured, held for ransom or sold to other militias. The detention cells stand close to an arms depot, and the surrounding area was hit by shelling in December.

Conditions at the detention center are “utterly appalling,” said Safa Msehli, a spokeswoman for the International Organization for Migration, an arm of the United Nations. “People are caged in overcrowded hangars with barely any access to food or sanitation facilities.”

“Many tell us of the abuse they endure and the inhumane ways in which they are exploited,’’ Ms. Msehli added. ‘‘Reports of migrants being used to load weapons, and the detention center’s proximity to a military facility, raise serious concerns over the safety of people detained there arbitrarily.”

After departing Tripoli, the Dar Al Salam 1 turned its satellite identification system back on, and the boat resurfaced off the coast of Libya on the evening of April 15, data provided by Marine Traffic, a maritime database, shows.

The owner of the Salve Regina, Dominic Tanti, declined to comment through an intermediary, and the owner of the Tremar, Yasser Aziz, did not return a message seeking comment.

The owner of the Dar Al Salam 1, Carmelo Grech, did not to respond to multiple requests for comment sent by text, voice message and a letter hand-delivered to his apartment. But he has confirmed his boat’s involvement to a Maltese newspaper, and several outlets have already highlighted its role, including the Italian newspaper, Avvenire, and the Maltese blogger Manuel Delia.

Mr. Grech and his boat have colorful histories, raising questions in Malta about why the government involved them in a state-led operation.

Mr. Grech has previously recounted how he used the boat, then known as the Mae Yemanja, to bring supplies to Libyan rebels during the Libyan revolution in 2011. In 2012, court records show it was impounded after Mr. Grech was accused, though later acquitted, of smuggling contraband cigarettes from Libya to Malta.

In 2015, Mr. Grech was detained by a Libyan faction for several days for what he later described as a misunderstanding over his visas.

Maltese ship records obtained by The Times show that Mr. Grech canceled his boat’s registration in Malta last February, before repainting it to show it had been re-registered in Tobruk, for undisclosed reasons.

Mr. Abdelrazek also has a criminal history, having been convicted in 2014 of forging documents, court records show.

After appearing briefly in Malta last week, the Dar Al Salam 1 and the Salve Regina returned again to sea on Sunday.

Their satellite trackers were once again switched off shortly afterward.