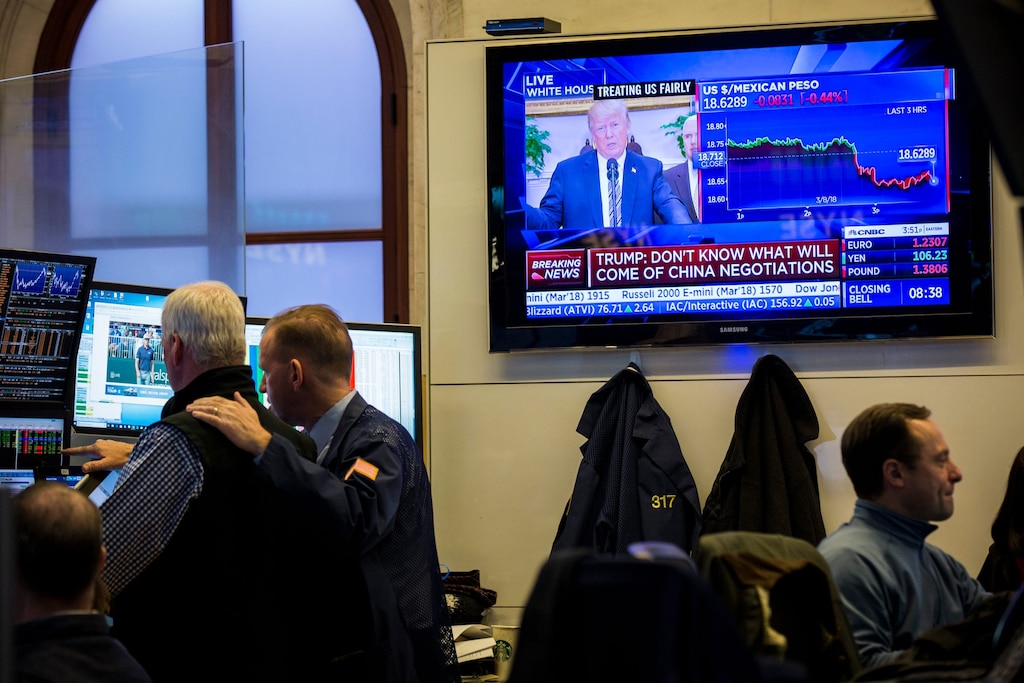 The Trump administration has pushed back against reports that officials are looking into ways to curb US investment in China, a development that would open a new front in a more than yearlong trade dispute between the largest economies.

Bloomberg News reported last week that administration officials had held internal discussions about the potential to remove Chinese companies from American stock exchanges, as well as several other actions that would restrict American portfolio flows into China. Several other news outlets including the New York Times confirmed the report.

The White House declined to comment on Monday. Bloomberg News could not immediately be reached.

"That story, which appeared in Bloomberg: I've read it far more carefully than it was written," White House Trade Adviser Peter Navarro told CNBC on Monday. "Over half of it was highly inaccurate or simply flat-out false."

Navarro did not specify which parts of the report he disputed. Treasury spokesperson Monica Crowley said over the weekend the administration was not "contemplating blocking Chinese companies from listing shares on U.S. stock exchanges at this time."

China warned the Trump administration against such actions Monday, days before officials were set to meet for high-level trade negotiations in Washington. The two sides have seen tensions escalate dramatically in recent weeks, with further tariff hikes scheduled to take place in October and December.

"To exert extreme pressure and even attempt to force the decoupling of China-US relations will definitely damage the interests of US and Chinese enterprises and people, cause financial market turmoil and endanger international trade and the world economic growth," foreign ministry spokesperson Geng Shuang said.

Hopes for a deal to defuse tensions dimmed this summer, even as businesses and consumers warned of damage to both economies. President Donald Trump has long vacillated between apparent optimism toward China and threats that the dispute could last into 2020 and beyond.

Now read: China extends olive branch ahead of trade talks, says it plans to buy US soybeans and pork

Read more: A hedge fund manager who turned $126,000 into $500 million explains his Warren Buffett-esque investment process — and why he's not concerned with today's stock market valuation