WASHINGTON — President Trump urged Wednesday for the Federal Reserve to cut interest rates to zero or even usher in negative rates, suggesting a last-ditch monetary policy tactic tested abroad but never in America.

His comments came just one day before European policymakers are widely expected to cut a key rate further into negative territory.

In a series of tweets, Mr. Trump said, “The Federal Reserve should get our interest rates down to ZERO, or less, and we should then start to refinance our debt,” adding that “the USA should always be paying the the lowest rate.”

Mr. Trump continued to criticize his handpicked Fed chair, Jerome H. Powell, saying, “It is only the naïveté of Jay Powell and the Federal Reserve that doesn’t allow us to do what other countries are already doing.”

He concluded by calling Mr. Powell, whom he nominated to head the central bank in 2017, and his Fed colleagues “Boneheads.”

[Read more about Mr. Trump’s feud with the Fed, which is rooted in history.]

Mr. Trump’s request is extraordinary for several reasons. The United States economy is still growing solidly and consumer spending is strong, making this an unusual time to push for monetary accommodation, particularly negative rates, a policy that the Fed debated but passed up even in the depths of the Great Recession. It is also typical for countries with comparatively strong economies to pay higher interest rates, not the “lowest” ones.

But Mr. Trump is facing an economic slowdown in the United States as the effects of his trade war with China and slowing global growth begin to rattle consumer confidence and threaten business investment, particularly in the manufacturing sector. With the 2020 election looming, Mr. Trump has begun looking for ways to keep the economic expansion going strong. Along with calling on the Fed to lower rates, he’s also mulled additional tax cuts.

The president’s call for negative rates is a significant escalation from what the White House was demanding from the Fed even six months ago. Mr. Trump and his colleagues have quickly gone from calling for a moderate rate cut to urging negative borrowing costs.

Mr. Trump’s economic advisers met on Wednesday to continue discussing ways to push through more tax cuts, such as a payroll tax cut, along with the legality of using executive authority to index capital gains to inflation, according to an administration official. Treasury Secretary Steven Mnuchin, who attended the meeting, said on Tuesday that the Trump administration would be examining “tax cuts 2.0” as something to consider in 2020.

The president has said repeatedly that the economy is doing “great” and has accused the news media and Democrats of trying to sow economic uncertainty. Mr. Trump’s optimistic economic diagnosis makes his demand for negative rates, essentially an emergency policy option that central banks turn to after having exhausted more conventional ways of stoking economic growth, all the more striking.

But Mr. Trump increasingly sees the global economy as a winner-take-all game, one in which countries compete on exchange and interest rates. The president has repeatedly criticized other governments for trying to protect their economies by lowering rates or providing more stimulus, viewing those actions as working against America’s growth.

Negative rates, which have been used in economies including Japan, Switzerland and the eurozone, mean that savers are penalized and borrowers rewarded: Their goal is to reduce borrowing costs for households and companies to encourage spending. But they come at a cost, curbing bank profitability. 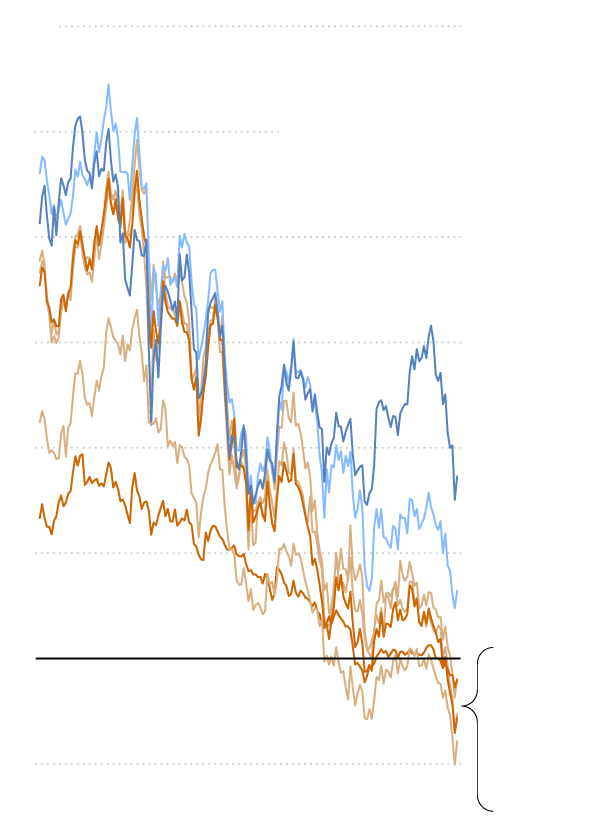 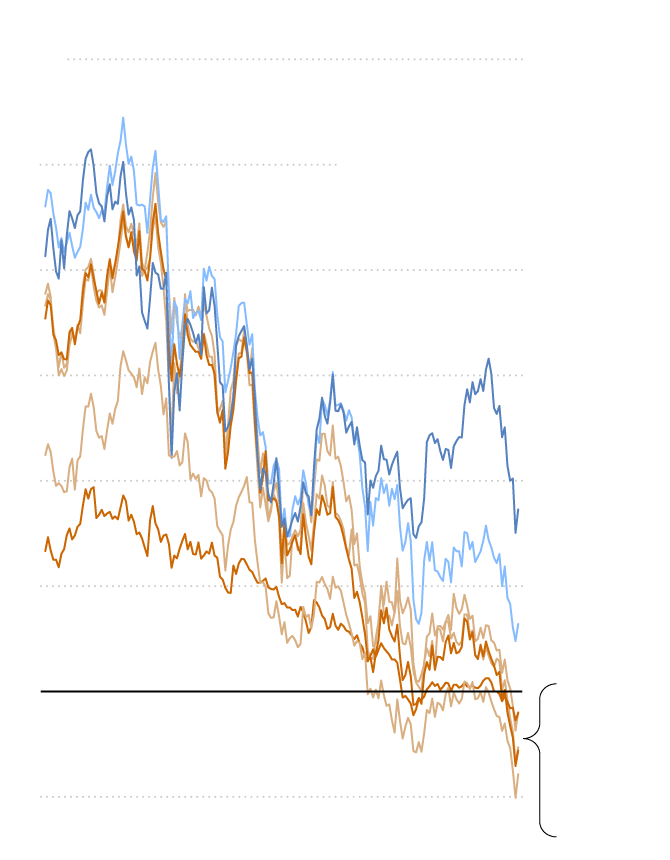 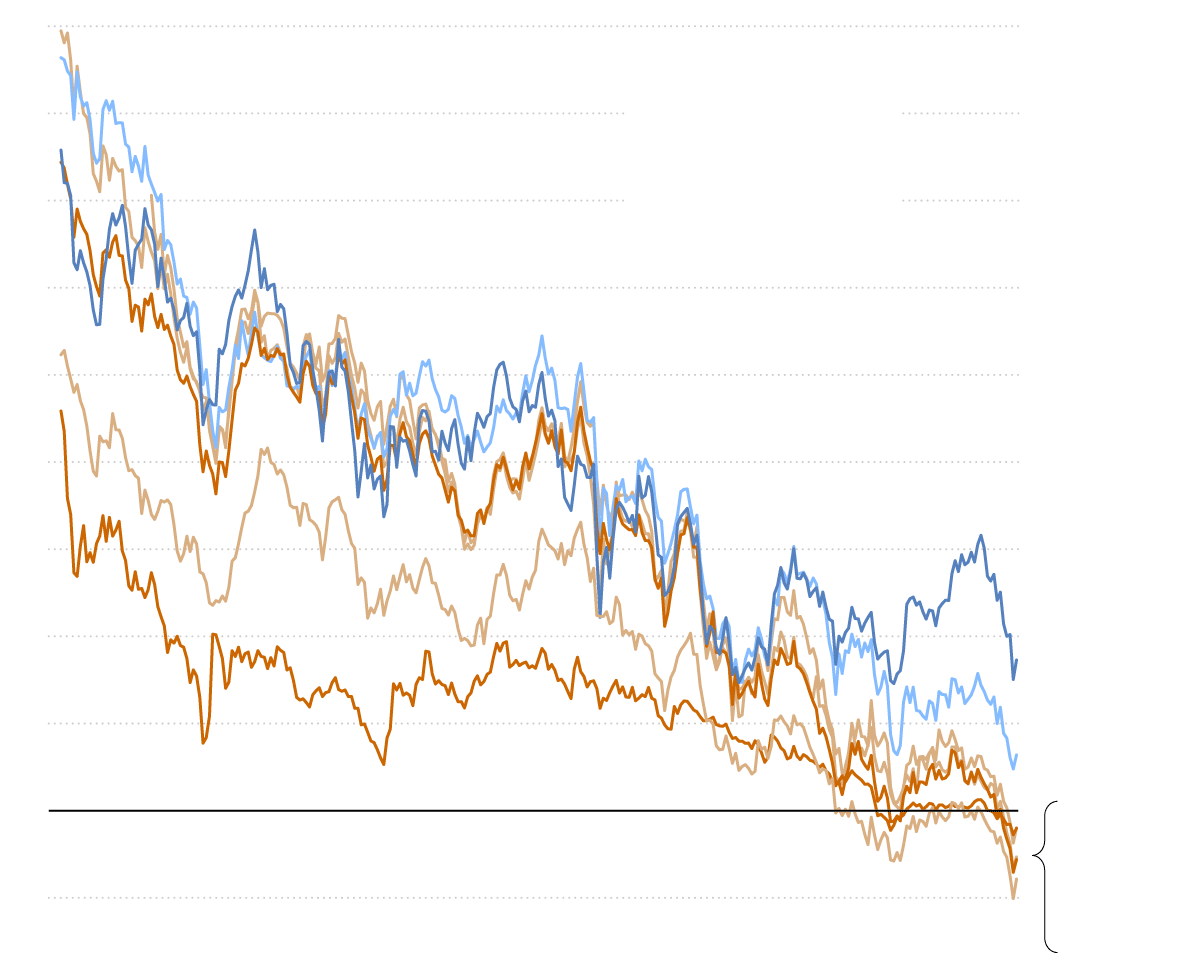 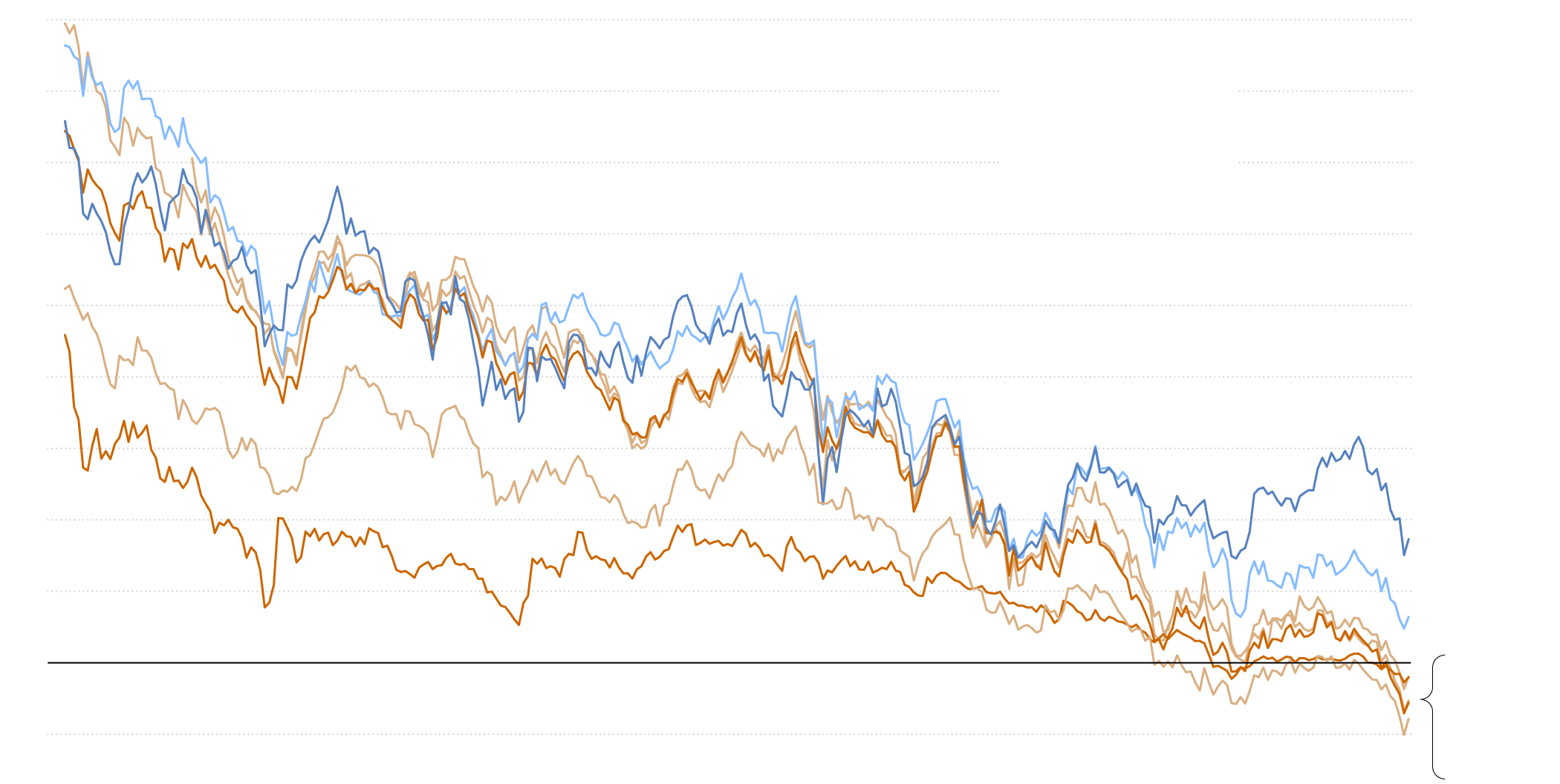 While it’s unclear how effective they have been as a policy tool — some research suggests negative rates could curtail lending — they are increasingly a reality in much of the world as central banks rush to support economic growth and investors look for safe assets.

The timing of Mr. Trump’s tweet is significant. The European Central Bank is expected to cut a key interest rate to a record-low negative 0.5 percent and roll out additional stimulus measures at its meeting on Thursday, in a bid to shore up very-low inflation and waning growth in important economies like Germany. Central banks around the world have been lowering their policy rates, partly because Mr. Trump’s trade war is combining with Brexit jitters and a global manufacturing slowdown to threaten growth in many nations.

The American president has commented on foreign central bank rate moves before, tweeting in June that “they have been getting away with this for years,” when Mario Draghi, who heads the European Central Bank, indicated that officials might provide additional stimulus to shore up the eurozone economy.

The Fed itself has already cut rates and is poised to lower borrowing costs further as risks to economic growth loom. Mr. Powell and his colleagues lowered interest rates for the first time in more than a decade in July to a range of 2 percent to 2.25 percent, and they are widely expected to cut by another quarter of a percentage point at their meeting next Tuesday and Wednesday in Washington.

“The Fed has, through the course of the year, seen fit to lower the expected path of interest rates,” Mr. Powell said in a speech last week, adding “that’s one of the reasons why the outlook is still a favorable one, despite these crosswinds we’ve been facing.”

Since Bill Clinton’s presidency, the White House generally avoided commenting on Fed policy. Mr. Trump broke with that tradition starting last July, and economists say that his now-frequent attacks on the central bank and Mr. Powell personally carry a risk for the institution.

The Fed is tasked with setting monetary policy with an eye toward the longer term — figuring out how to keep employment and inflation steady over time. But Mr. Trump’s regularly-voiced opinions create a risk that anything the Fed does could be seen as either capitulation or resistance.

“Anything they say or do will be seen against the backdrop of Trump’s attacks,” said Eswar Prasad, an economist at Cornell University and former International Monetary Fund official. That’s especially tough at a time when the Fed is already puzzling over what to do with rates, given strong economic data but mounting risks to the outlook.

“If the data were unanimous and if there were consensus on the Federal Open Market Committee, which lately there is not, it would be different,” Mr. Prasad said. “The risk is that a rate cut could get interpreted as the Fed just trying to placate Trump.”

A version of this article appears in print on , Section B, Page 5 of the New York edition with the headline: Trump Wants Fed’s ‘Boneheads’ to Slash Rates Below Zero. Order Reprints | Today’s Paper | Subscribe