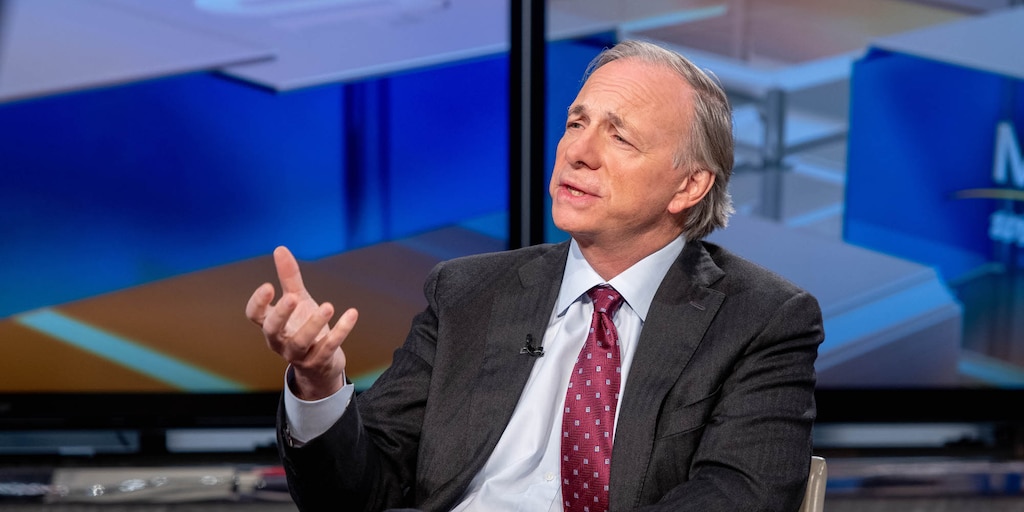 Ray Dalio told Bloomberg he sees a 25% chance of economic recession in the rest of the year and through 2020, and that central banks can only do so much to avert it.

Dalio — who founded Bridgewater Associates, the world's largest hedge fund — listed four separate factors that he believes will affect the severity of the next economic downturn. The combined variables are "unique" and haven't existed since the 1930s, Dalio said on "The David Rubenstein Show."

The billionaire added that central banks around the world "have to face the fact that when the next downturn comes there will not be the power to reverse it in the same way" they recovered from the 2008 financial crisis. He recommended the Fed cut interest rates slowly and by small increments instead of rushing to invigorate the US economy.

Markets Insider is looking for a panel of millennial investors. If you're active in the markets, CLICK HERE to sign up.

The Fed cut interest rates for the first time since the financial crisis on July 31, with Fed chair Jerome Powell calling the move a "mid-cycle adjustment."

Though President Trump has repeatedly pushed for large rate cuts, he's likely to be disappointed by the Federal Open Market Committee's September 18 meeting. The national economy is "relatively strong," and rapidly cutting the interest rate could be costly in the future, Boston Fed president Eric Rosengren told the Washington Post Tuesday.

"You don't want to apply accommodation at a time when you don't need it, in part because you won't have it when you do need it and in part because there are side effects from pushing interest rates very low. It encourages people to take more risk," Rosengren said.

Bridgewater's main hedge fund — Pure Alpha — is reportedly down about 6% as of August 23, despite other macro-focused funds rising through 2019. Bridgewater is the world's largest hedge fund, with about $160 billion in managed assets.

The founders of a billion-dollar Israeli spyware startup accused of helping Saudi Arabia attack dissidents are funding a web of new companies that hack into smart speakers, routers, and other devices