Greenville, S.C., near the Blue Ridge Mountains, has emerged as a buzzy destination for the culinary and creative arts after years of economic growth and urban revitalization. One of the Upcountry city’s most intriguing areas is West Greenville, the former hub of the city’s textile production. In recent years, the enclave known as “The Village” of West Greenville has been transformed into an artistic and entrepreneurial district with an eclectic mix of small businesses. There’s a James Beard-semifinalist restaurant, a host of independent galleries, as well as the Greenville Center for Creative Arts, which houses an art school and regularly holds public events and workshops. 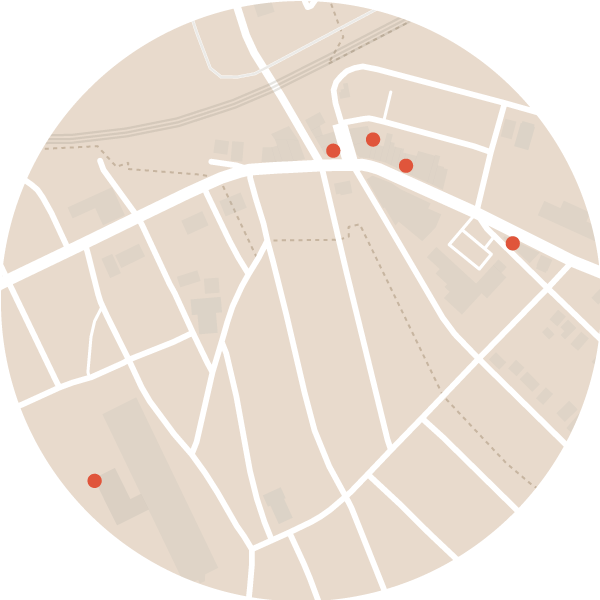 West Greenville’s biggest cultural draw, the four-year-old Center for Creative Arts, is housed in the city’s historic cotton factory and is largely responsible for putting Greenville on the national visual arts map. The center includes an expansive gallery featuring work from on-site studio artists and fellows, as well as another gallery dedicated to local and regional talents. It also runs permanent and temporary exhibits and events (like Greenville’s most popular monthly open-house, First Friday, which is free and geared toward engaging the community).

The marquee restaurant in the city’s burgeoning dining scene is an ode to local ingredients. A semifinalist for best new restaurant in the 2018 James Beard Awards, the spot has a rotating menu of small plates that might include homemade pasta with Johnston County ham, arugula and garlic, and a salad of Brussels leaf, daikon kimchi, and rainbow carrots topped with albacore tuna, all served on dishware designed by the local potter Darin R. Gehrke. The chef Greg McPhee, an alum of Husk in Charleston and Restaurant 17 in nearby Traveler’s Rest, set up shop in the village’s former mill infirmary in 2017, making The Anchorage the space’s first tenant in 40 years. You can’t miss it: The revitalized corner building has a facade kitted out with a vibrant mural depicting a vegetable garden.

This four-year-old cafe has an intimate, rustic aesthetic and specialty coffee expertise. With beans sourced from local roasters like Methodical and Due South Coffee, the shop serves pastries, from morning buns to chocolate croissants and doughnuts (Sundays only), made each morning by neighborhood bakers, including Bake Room and Golden Brown & Delicious.

The triangular, two-story brick building on the corner of Pendleton Street houses the studios and galleries of the city’s most promising artists and craftspeople. The nature-inspired paintings of Joseph Bradley are perhaps the most well-known outside of Greenville, having appeared in shows and galleries from New Orleans to Boston, and have a permanent home in Charleston’s Atrium Art Gallery.

Opened in 2018, the hybrid yoga studio and art gallery with a philanthropic bent is run by Katie Hughes, a certified yoga instructor, and her artist mother, Julie Hughes. The art-focused section of the space features permanent collections by Ms. Hughes, who describes her signature style as “abstracted realism,” and selected works by local and regional artists. The minimalist yoga and meditation studio is in the back of the shop, where Katie Hughes offers Vinyasa and Chakra yoga, mat Pilates, and meditation, as well as beginner classes for kids. The mother-daughter duo allocates 10 percent of monthly profits toward their Indigo Outreach yoga and mindfulness program, created for at-risk youth in the community.

A version of this article appears in print on , Section TR, Page 3 of the New York edition with the headline: Artists and Entrepreneurs Fill a City’s Old Textile Hub. Order Reprints | Today’s Paper | Subscribe