Michael Gove, now a senior minister in the government of UK Prime Minister Boris Johnson, once took a swipe at warnings from academics and other professionals about the risks of Brexit. “People in this country have had enough of experts,” Gove said in 2016, shortly before the United Kingdom voted to leave the European Union.

Three years later, as relations between academics and politicians in a number of democracies are worsening, researchers the world over need to change the perception that they are not to be trusted, or that scientists are somehow separate from the wider population — indeed, polls suggest that trust in scientists in the United States is on the rise.

The need is urgent. At the end of last week, Brazil’s President Jair Bolsonaro sacked the head of the National Institute for Space Research following a stand-off over the agency’s latest reports, which say that deforestation in the Amazon has accelerated during his presidency. In the United States, the Government Accountability Office, a federal watchdog, concluded last month that the Environmental Protection Agency violated ethics rules when it replaced academic scientists with industry representatives as members of science advisory panels. In Hungary, the government last month took formal control of some 40 institutes belonging to the Hungarian Academy of Sciences. In India earlier this year, more than 100 economists penned an open letter to Prime Minister Narendra Modi urging an end to political influence over official statistics. And in Turkey, the government of President Recep Tayyip Erdogan has charged 700 researchers, who signed a petition calling for peace, with terrorism-related offences. Hundreds have been sacked and a smaller number jailed. 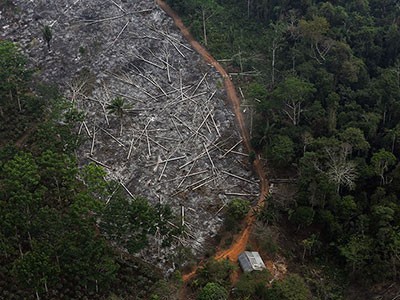 For some of these academic communities, knowing what to do is a new challenge. One reason is that, over several decades, many governments have welcomed scientists as advisers — including listening to their concerns about protecting research funding during the austerity that followed the 2008 financial crisis. But now that attitude is changing, and researchers need other ways to make their voices heard.

Scholars found theirs in the 1950s, when nuclear technology was at risk of proliferating without safeguards because of the cold war arms race between the United States and the then Soviet Union. Albert Einstein and the philosopher Bertrand Russell created a manifesto warning of the dangers of weapons of mass destruction. This led to the first Pugwash Conference on Science and World Affairs, a meeting of researchers from many countries and political ideologies to discuss the hazards of nuclear weapons.

More meetings — formal and informal — followed. What became known as the Pugwash movement gave a global voice to researchers working in, or supporting, non-proliferation, and served as a channel of communication between the superpowers. Pugwash eventually contributed to international nuclear non-proliferation agreements, culminating, in 1995, in a Nobel Peace Prize.

The researchers feeling the heat today face different and more varied challenges. That means that any attempt to use a Pugwash-style approach to address today’s pressures should be strengthened by recent understanding of the importance of inclusivity — with a meaningful role for public engagement — and a place at the table for researchers from diverse backgrounds and from across disciplines, not only science and engineering.

But there are key similarities to Pugwash, too, including the need to re-emphasize the value of scholarship in solving society’s problems and for a channel of communication between governments and their research communities.

As with Pugwash, crucial to any effort to give scientists a bigger voice will be the ability of international researchers to stand apart from political arguments, and to assert that support for scholarship is not an issue of left versus right, but of the very survival and prosperity of humanity itself.