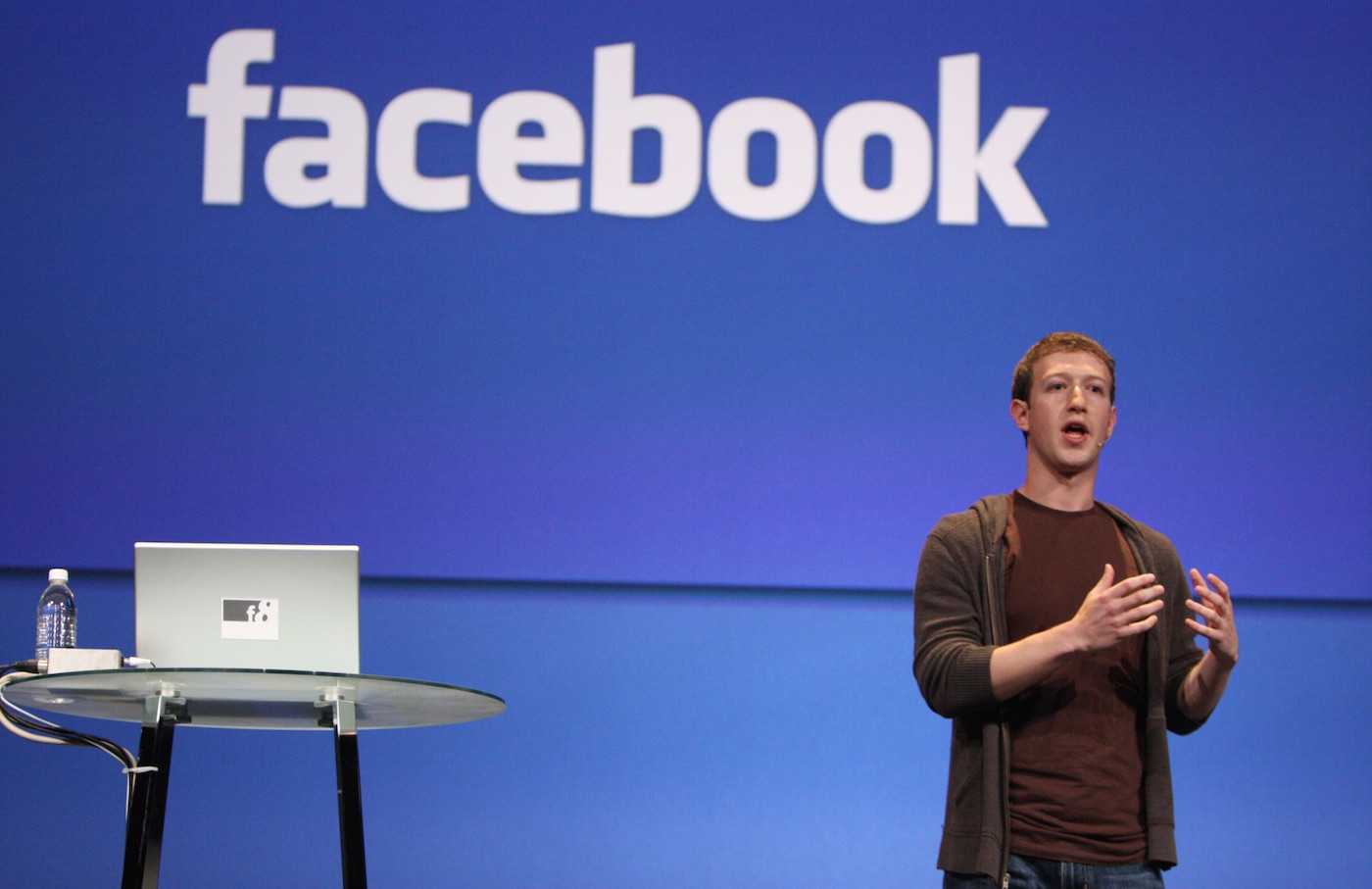 In March, following an advertiser revolt over having their commercial messages appearing alongside offensive YouTube videos, Google (YouTube’s parent company) changed its policy of automated ad placement. But Google swung so far in the direction of “brand safety” that it stripped ads from anything that an advertiser could conceivably find controversial—including virtually all news and opinion. Longtime producers suddenly saw their revenue drop to nothing overnight, imperiling the businesses they had built on the basis of hits on YouTube, where millions of viewers congregate daily. One tweak to an algorithm by a massive corporation triggered a wave of existential crises for the purveyors of independent media.

This extreme dominance by a handful of Web-based platforms, and its effect on entertainment and information, is the subject of Jonathan Taplin’s new book, Move Fast and Break Things: How Facebook, Google, and Amazon Cornered Culture and Undermined Democracy. Taplin details how the United States has handed over the delivery system for almost everything written, filmed, or recorded to a clique of libertarians who have hoarded the benefits of our cultural output at the creators’ expense.

Taplin knows his subject well. I’d call the book a “policy memoir”: Starting out as a weekend roadie at the famous 1965 Newport Jazz Festival where Bob Dylan “went electric,” Taplin became a tour manager for the Band and later went on to produce films for Martin Scorsese, Wim Wenders, and Gus Van Sant. In 1996, he co-founded Intertainer, an early streaming video-on-demand company. From his father, an antitrust lawyer, he gained real insight into the shattering cultural impact of online disruptors.

Taplin says that the entertainment industry in the 1960s and 1970s focused on nurturing talent and sharing wealth.

Though there have been exploited artists throughout US history—particularly among the poor and African Americans—Taplin insists that the music and movie businesses in the 1960s and ’70s were exceptions in that they focused on nurturing talent and sharing the wealth. Through performance royalties and record-label investments in career development, “middle-class musicians” like the Band could make a living even without monster hits. But the emergence of digital monopolies in subsequent decades changed everything, and artists without songwriting credits failed to secure their place in the new distribution model.

Levon Helm, the Band’s legendary drummer, spent the end of his life holding concerts at his upstate New York barn to pay the medical bills arising from the throat cancer that killed him in 2012. Meanwhile, Spotify pays musicians like Helm just $0.0048 each time someone streams a song from their back catalog. Bands made more money in 2015 from vinyl than from streaming.

So how did artists get left in the dust? Taplin covers the origins of the Internet (once thought of as a countercultural platform for personal creativity) and its takeover by the fast-movers and thing-breakers of his book’s title. Platform giants capitalized on the teachings of the conservative jurist Robert Bork, who radically altered the way that courts looked at antitrust policy. As long as prices for consumers stayed low, Bork argued, government should not intervene to promote competition. Peter Thiel, an early investor in Facebook, took this to mean that tech companies should seek to defy regulations and centralize control, thus solidifying their grip on our primary communications medium. Their motto: “Who will stop me?”

These days, Amazon accounts for over 40 percent of all book sales; Facebook attracts hundreds of millions of users every day; and Google dominates online searches and (with Facebook) online advertising. Meanwhile, newspaper ad revenue has cratered, and book and record stores have closed up shop, subsumed into the Internet behemoths.

By constantly refining and promoting their own services, these platforms can extend their monopolies and, if they don’t force competitors into irrelevance, buy them out instead.

Then there’s the inescapable fact that economic power increases political power. Taplin details the regulatory capture that has kept Google, Amazon, and Facebook out of political trouble and even unofficially favored over the competition.

These privileged corporations extract profits in two major ways. First, they squeeze artists. Amazon can threaten to deny access to publishers unless they reduce prices; in Facebook’s case, the acquisition costs are nonexistent, because its offerings are entirely generated by users. Second, platforms use what Taplin calls “surveillance marketing,” engineering a massive database covering the preferences of billions of users and then selling that data to advertisers. This becomes prime real estate for marketers, who consequently pay a premium. “Like the Kochs, Google and Facebook are in the extraction industry—data is the new oil,” Taplin writes.

This data extraction inevitably creates “externalities,” consequences that the platforms don’t take into account. For instance, digitization makes it harder for artists to earn a living; they’re left begging for scraps as the platforms thrive on ad revenue (Google earned $74 billion in revenue in 2015). Entire sectors of the Internet economy depend on user addiction rather than human development. Music and video—agglomerated under the pitiful rubric of “content”—become commodified, a way to attract eyeballs so Amazon can sell paper towels. The use of “data analysis” to determine what will keep an audience’s attention homogenizes and thins out the culture, silencing vital voices.

While all of this is important, Taplin does carve out an exception for the major Hollywood studios. That may not be entirely warranted, since Taplin’s frame of reference—the Woodstock era of music and the American New Wave cinema of the 1970s—is no longer relevant. Studios are now controlled not by family-owned firms, but rather by large conglomerates that primarily sell electronics (Sony) or cable-TV subscriptions (Comcast NBCUniversal). The “Big Six” studios made $51 billion last year from “content,” and they are just as responsible for failing to share that bounty with creators while playing to bland, middlebrow tastes.

In fact, Taplin well knows the danger that Hollywood giants present to innovators. Intertainer, his early video-streaming company, died because Sony, one of its shareholders, colluded with other major studios to copy the idea for a project called Movielink. The studios stopped licensing films to Intertainer, and the service shut down as a result.

Taplin touts an eventual antitrust settlement between Intertainer and the studios as a reason he believes the law “can really help the little guy compete against corporate giants.” But why is he so quick to take those same corporate giants’ side? He condemns pirate sites for putting musicians and filmmakers out of business, and criticizes Google for activism that prevented the Stop Online Piracy Act from becoming law. But SOPA, which would have empowered the government to block individual sites based on subjective copyright claims, was a wet kiss to Big Media: Even a user-generated comment could have shut down an entire website.

In the Trump era, leaving censorship decisions up to government and corporations should give all of us pause.

For months, not a single major prime-time news station reported on the SOPA fight; their parent companies all supported the bill. The point of the legislation was to lock in the top-down dissemination of media, and the resulting riches wouldn’t necessarily have flowed to artists, but to the conglomerate studios and their shareholders. Grassroots activists put a stop to the bill; the platform giants simply followed rather than led.

Google and Facebook could surely use content-identification programs—the same tools they use to prevent pornography from appearing on their sites—to stop copyright infringement. But in the era of President Trump, leaving censorship decisions to an alliance of government and large corporations should give anyone who believes in the power of artists’ voices pause. We’re already seeing such partnerships in action: The biggest influencer on what gets seen at the movies is the Chinese government, which has driven the trend toward big-budget action films (explosions have a universal language) that don’t “disrupt the social order,” “jeopardize social morality,” or feature other plot elements banned by the censors.

But while studios need to better compensate artists and encourage diverse perspectives, the structure of how we distribute media must be revised as well. We can regulate Internet platforms like public utilities, ensuring fair treatment for all. We can give consumers the option to deny permission for the sharing or selling of their personal data. We can borrow the model outlined in the 1956 antitrust consent decree with AT&T, which forced the telecom to license all patents for a nominal fee to entrepreneurs. This created about 10 different useful industries, from cellular phones to solar energy to the personal computer. A new round of patent-sharing could do the same. Municipal broadband and producer-owned co-ops could democratize the distribution of music and movies, and make creators more than an afterthought in the supply chain.

Some of this is already happening. The comedian Louis C.K. sold a couple of stand-up comedy specials and an entire season of his new series Horace and Pete on his website. Taylor Swift and Adele used their own distribution networks to give previews of their music to fans before licensing them to the bigger channels. I have serious concerns, though, that such a model will only work for established artists, and that all others would have to pass through both the Hollywood giants and the platform monopolies in order to find their audience.

Taplin is dead-on when he says, “We need to break the grip of advertising on our media system.” Art must be able to comment on society, rail against convention, and uncover uncomfortable inner truths. When Google executives run a cost-per-click analysis and determine that such things won’t sell more Pepsi, we all lose. The digital revolution has many downsides, but perhaps the biggest is how it diminishes our very humanity.

At times, Taplin can read like a baby-boomer father who just doesn’t get kids these days with their YouTube stars and their Instagrams. Despite these moments, he has written a necessary book that shows how the Internet revolution has damaged the way we interact as human beings, along with democracy itself.